A weary mastiff named Floyd is safe and relaxing at home after being rescued by a Utah search and rescue team. But the 190-pound dog wasn’t lost, sick, or abandoned. He’d just grown so tired on a hike that he could no longer walk.

Of course, the dog’s massive size presented another issue. The exhausted pooch required multiple rescue volunteers to simply carry him out on a stretcher! 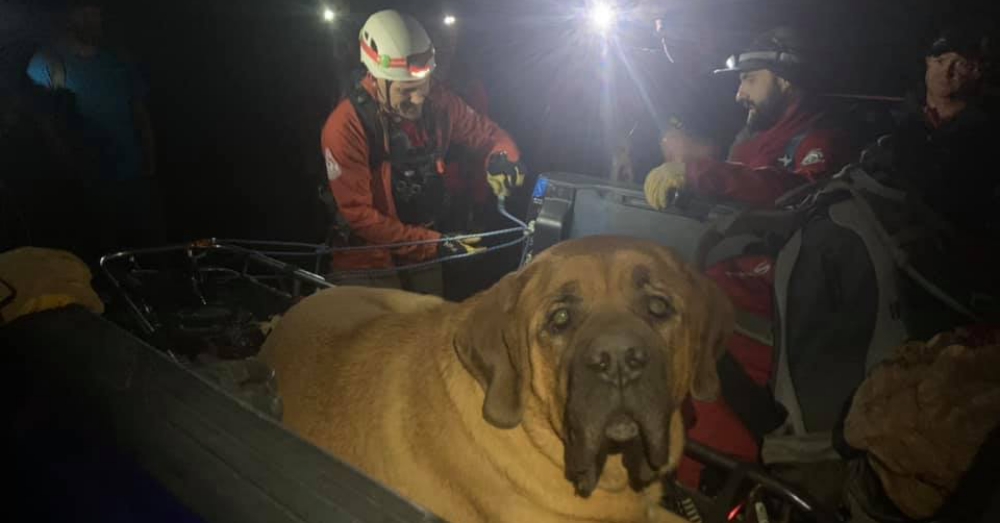 In Floyd’s defense, he’s relatively svelte for a mastiff, which can grow to weigh 250 pounds. And he might be out of shape, but the exercise was more intense than anyone expected. Apparently, the 3-year-old dog was out hiking with his family when their party got lost, ending up on a “very tricky turn.” 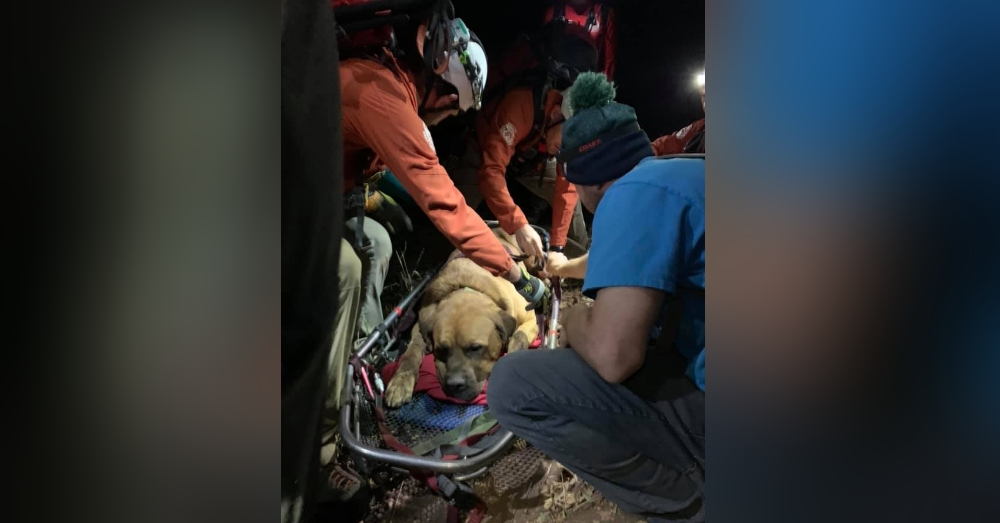 “This pup is my nephew! I was up on the trail with him and my brother,” a woman named Amy Sandoval explained on Facebook. According to Sandoval, the rest of the group rushed their kids down to safety, but Floyd and his owner remained stuck on the mountain as nightfall closed in. 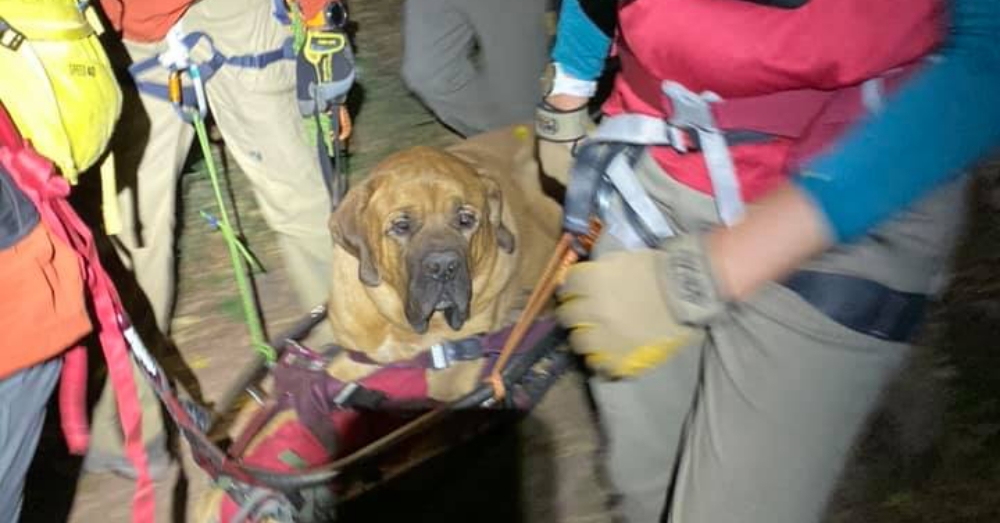 Salt Lake County Sheriff’s Search and Rescue got involved after fellow hikers called in to report a large dog who appeared to be in trouble. “Floyd was a good boy and was happy to be assisted,” bemused rescuers wrote on Facebook. “Hopefully, Floyd will be up and hiking again soon!”