“What used to be trash now becomes something very useful for animals.”

That’s 23-year-old Amarildo Silva Filho’s mission, and countless pets and strays in Brazil are grateful he’s sticking with it.

Years ago, Filho was working at a grocery store, hoping his artistic pursuits could translate into a more rewarding career. He was feeling stuck, his art was not selling, and he came home every day to a neighborhood littered with trash.

So, as artists do, Filho got creative. 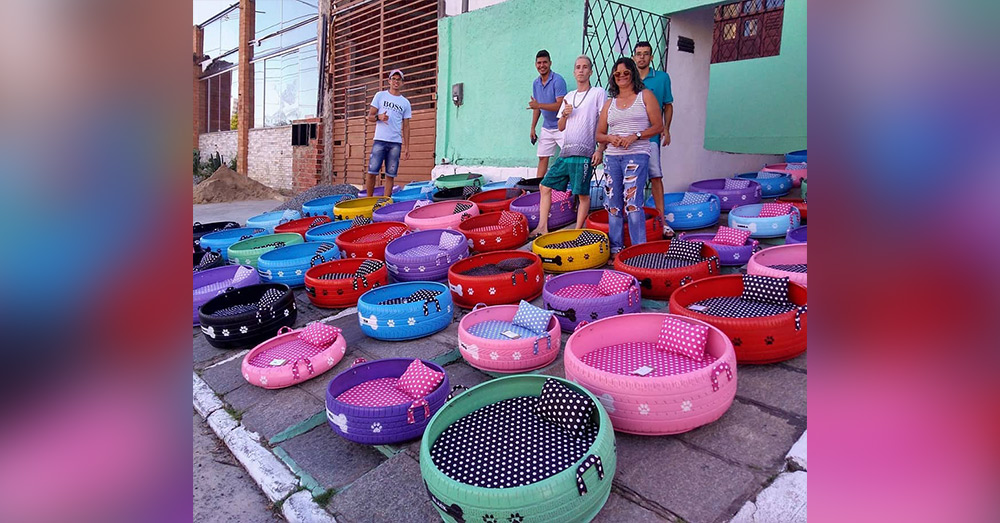 The young man started gathering discarded tires, left around his community. He turned one into a pet bed. And then, another. And, another.

Eventually, Filho had recycled over 6,000 old tires into comfortable beds for cats and dogs around his neighborhood. It takes him about 40 minutes to cut and wash each tire, paint them in bright, friendly colors, and personalize them with their recipient’s name. 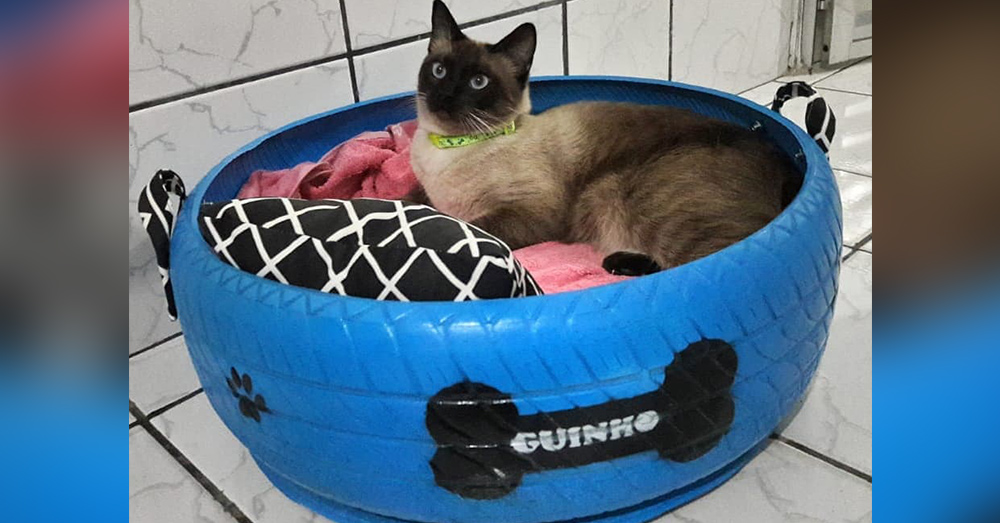 Filho reclaims a lot of his tires from the streets, but he’s also received them as donations, or bought them in bulk.

According to Little Things, Filho is even getting orders for custom-made pet beds from across the country. His Facebook page, Caominhas Pets, shows just how busy Filho has been, and it’s still just a one-man operation! 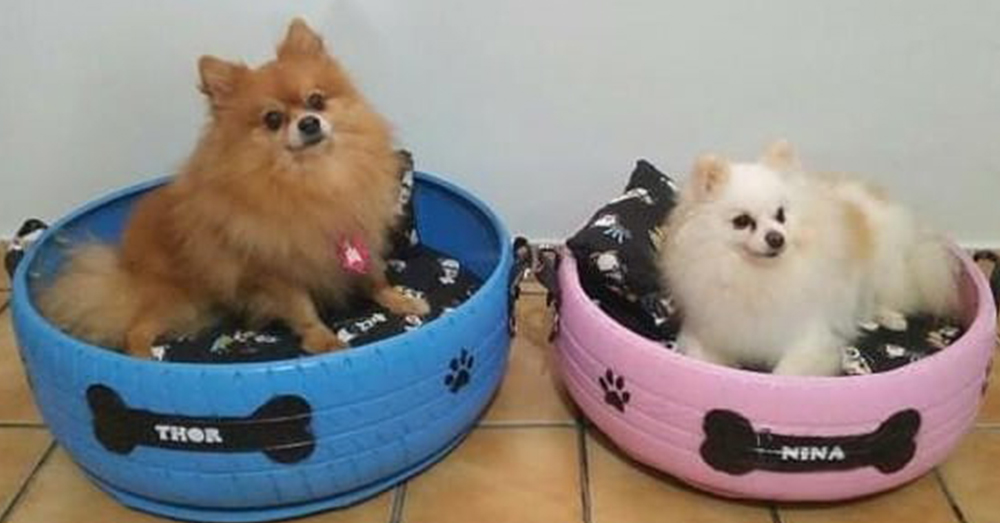 Source: Caominhas Pets
It takes about 40 minutes for Filho to make one of his custom beds.

IF you could order a bed from Filho, what color would you ask for? Check out his incredible work in the video below!