Ask anyone who has a dog in their life and they will let you know that they are unique and have their personality. Those personalities may differ from one to another and sometimes, they can even change according to circumstances.

The dog in this story had a very sad beginning. He was abused, but a kind family came along and rescued him. His rescuer was somebody who understood him completely.

The dog, Buster is a Staffordshire Bull Terrier. A man by the name of Sean Farrell heard that Buster needed a place to stay after being taken out of an abusive home. Sean agreed, but he said he would only foster the dog while a new home was located.

As it turns out, things went differently. Sean began to get attached to Buster and ended up adopting him. 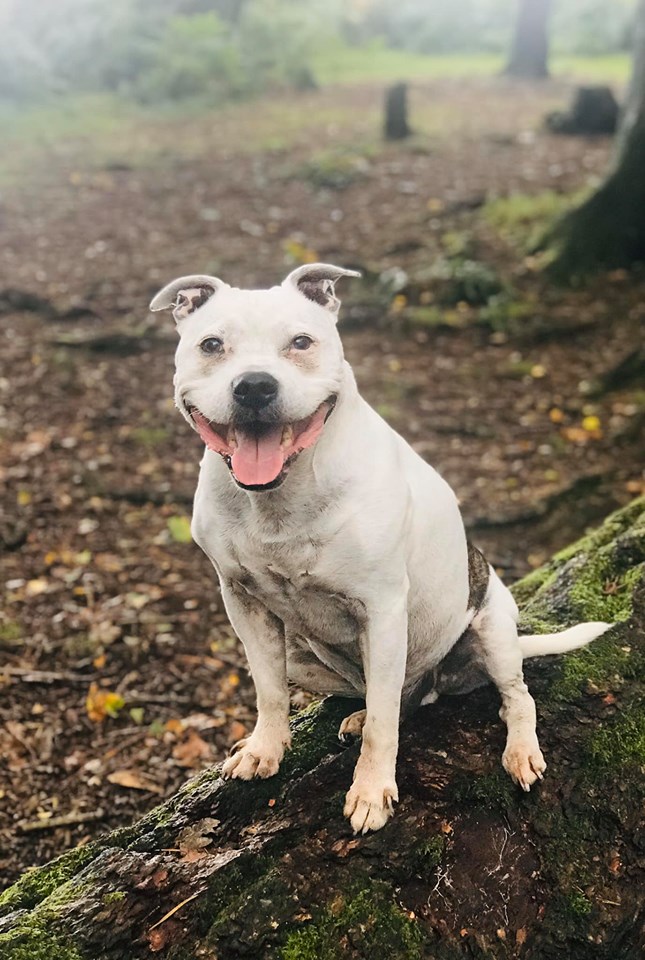 Buster was now in a loving home but he still had difficulties because of his past. He wasn’t comfortable being with Sean all of the time, and it seemed as if Buster was always finding a quiet part of the home to rest.

Although they spent a lot of time in different parts of the home apart from each other, Buster would hang out with him when it was time to go for a walk or to eat. In addition, Buster didn’t mind if guests came over and he would come down to join the activities.

Sean understood the problems that Buster was dealing with and he continued to work with the dog for the two years that he has had him. Buster has been helped with some of his fears through a training process but Shane also gives him the space he needs. 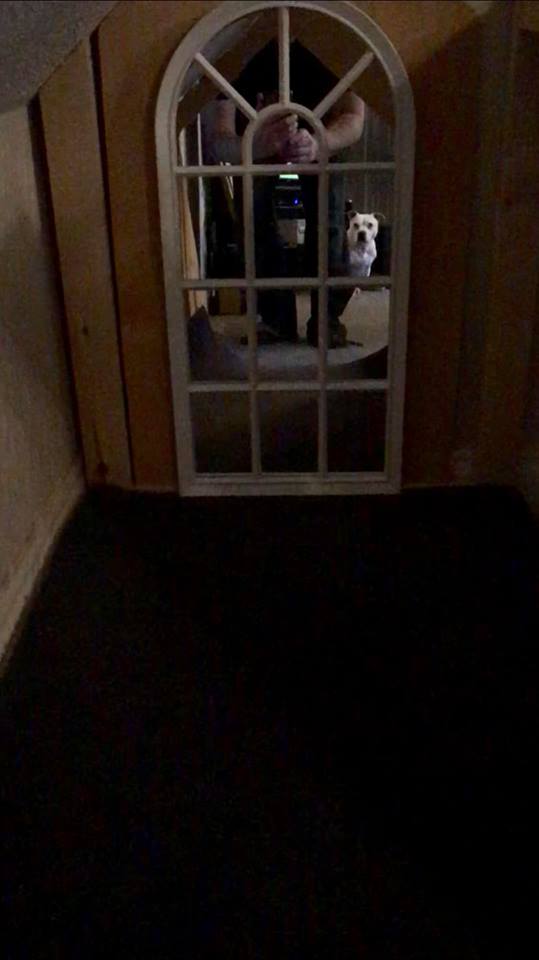 It seems as if the efforts have worked off because now Buster is a therapy dog. They will go to homes and a brain injury clinic nearby. Buster often goes with people who have social struggles, autism, and anxiety. Sean thought he would give Buster a well-deserved reward. 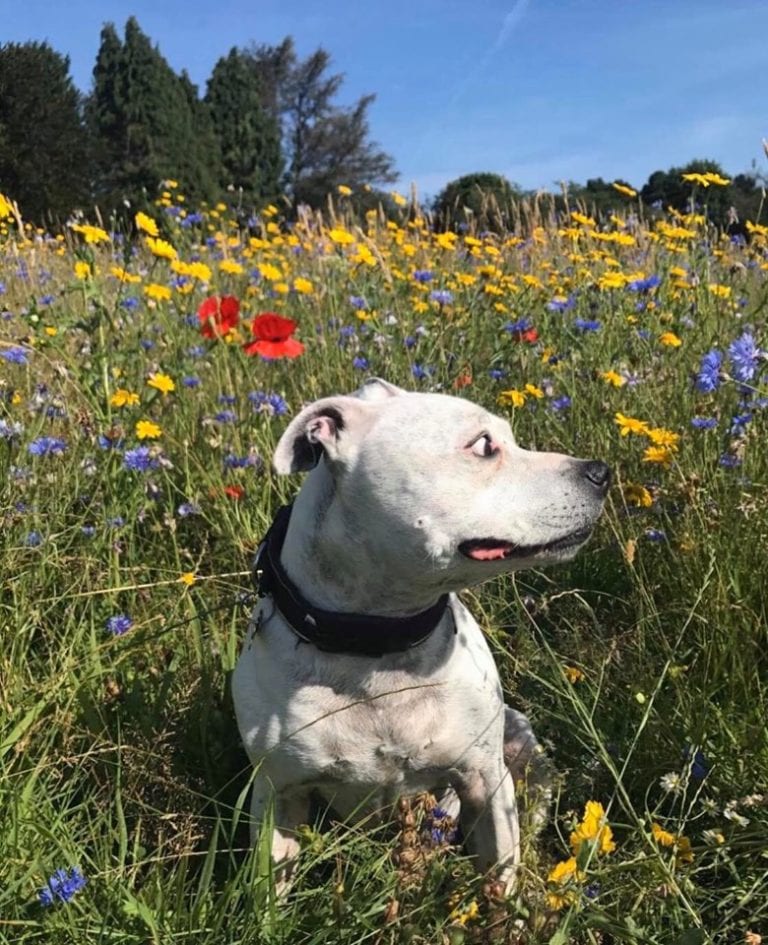 Sean wanted to build Buster a tiny home in the living room. It would give Buster a place where he could go to be by himself.

It turns out that the idea was just what Buster needed. 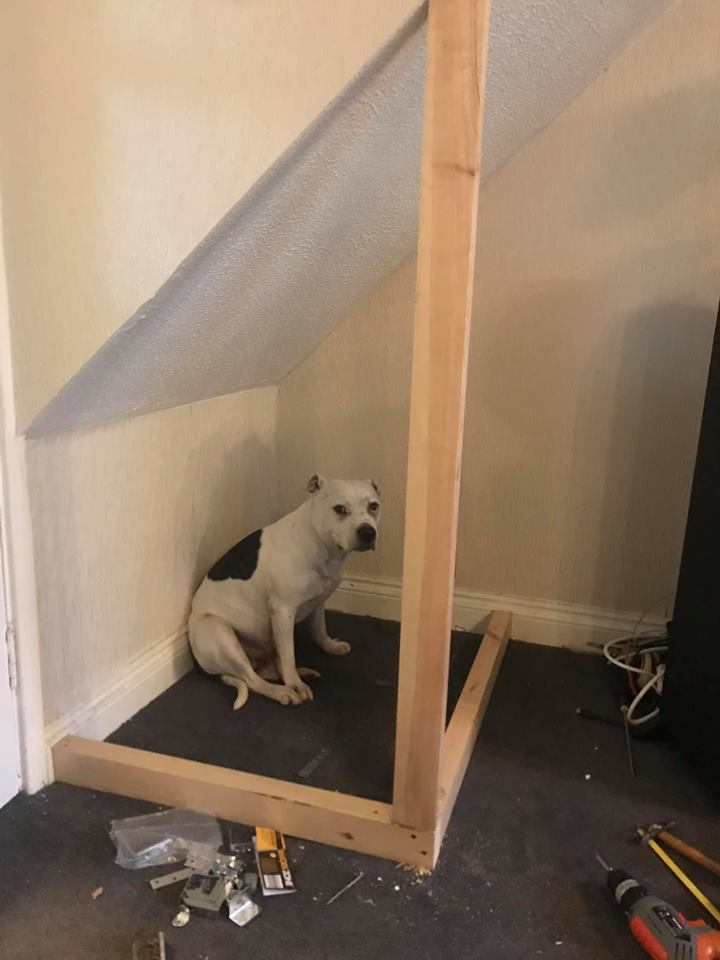 Sean didn’t have any carpentry skills but he did buy some two by fours and plywood to get started. It took him a few days but Buster had a new house. There was a two-week waiting time while the adhesive for the carpet dried and the paint stopped giving off heavy fumes.

In the end, the result was amazing and it looked quite professional. It even has a fan, a comfortable bed and a window that looks into the living room. 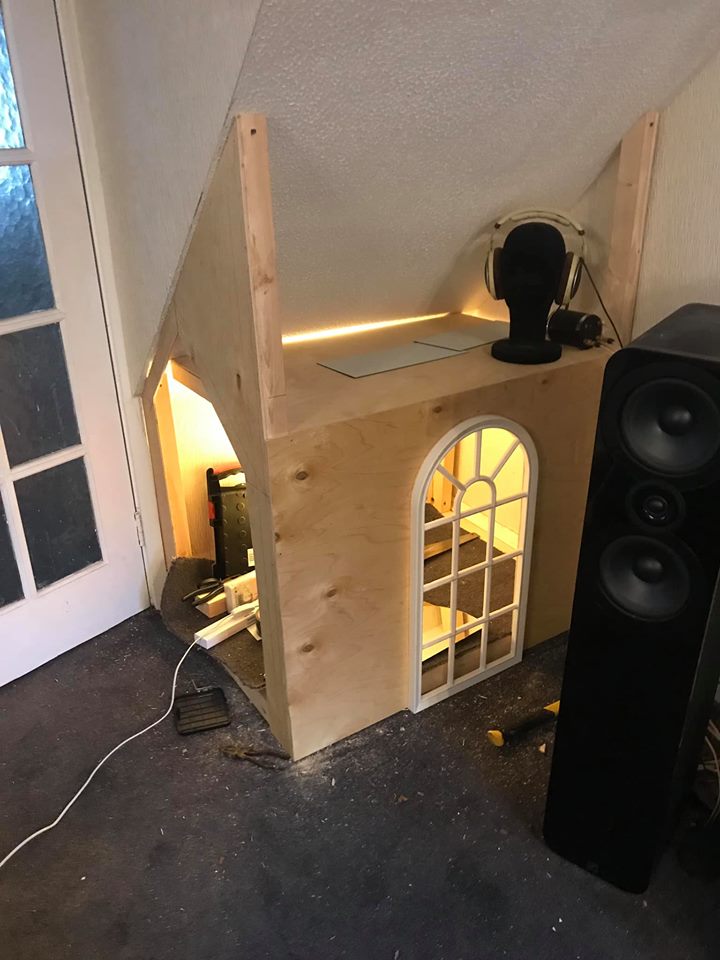 Buster loves his new home! Sean is also happy with what he was able to do because Buster is more comfortable at his forever home.