By The Time Rescuers Found Her, This Tiny Chihuahua Couldn’t Even Open Her Eyes In The Light 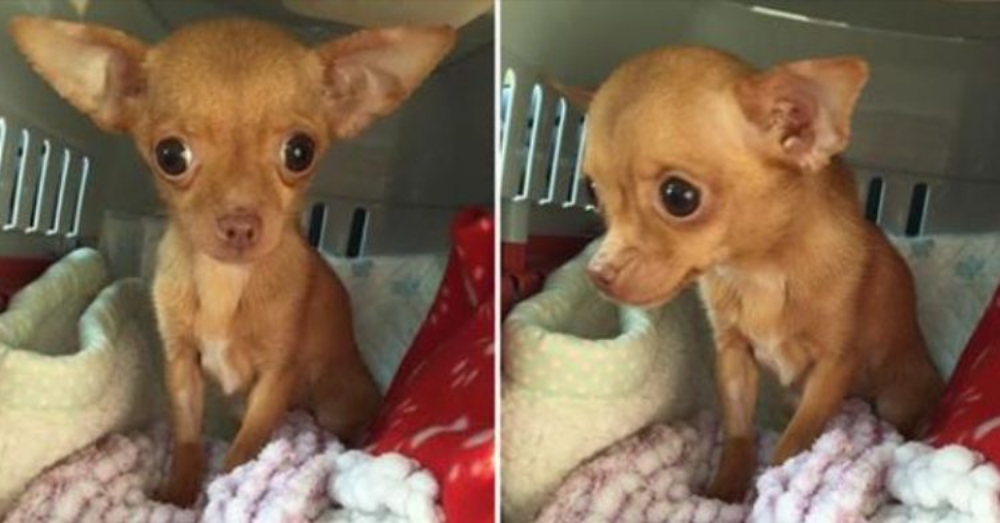 Claire Stokoe was scrolling through photos on Facebook when she happened across a tiny chihuahua seated next to a tin of canned vegetables. “She could barely see over the top of it, and she looked so precious and vulnerable,” Claire told The Dodo, recalling how she immediately called up the rescue to inquire after this little cutie. 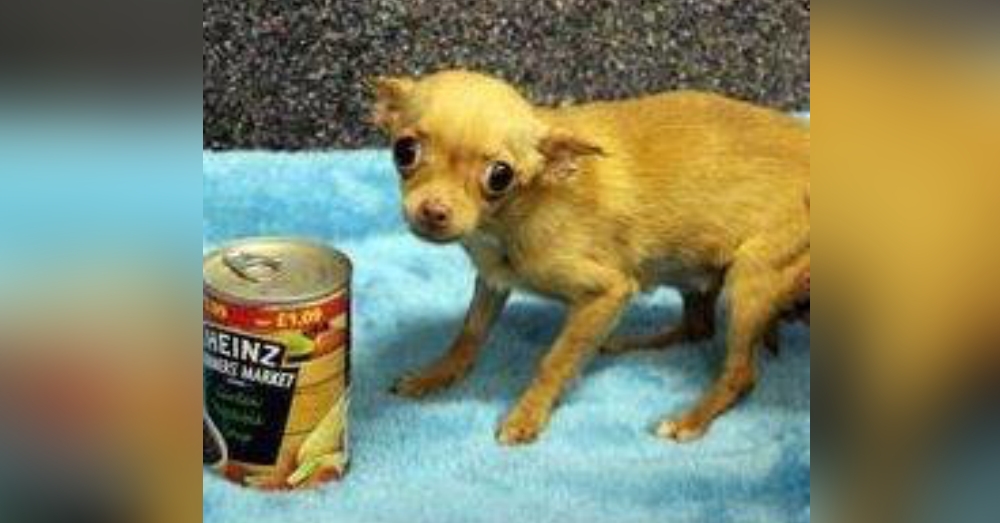 Rescuers told Claire that this little Chihuahua, Brie, had spent her life in a puppy mill, which are notorious for breeding animals as possible in horrific and cruel conditions. Such an abusive upbringing explained why the dog was so frightened, covered in scabs, and severely underweight.

Brie also struggled to open her eyes in daylight, which led Claire to believe she’d probably grown up locked in a dark cage. Despite her small size and poor physical condition, the dog had also been forced to birth two litters of puppies via cesarean section. 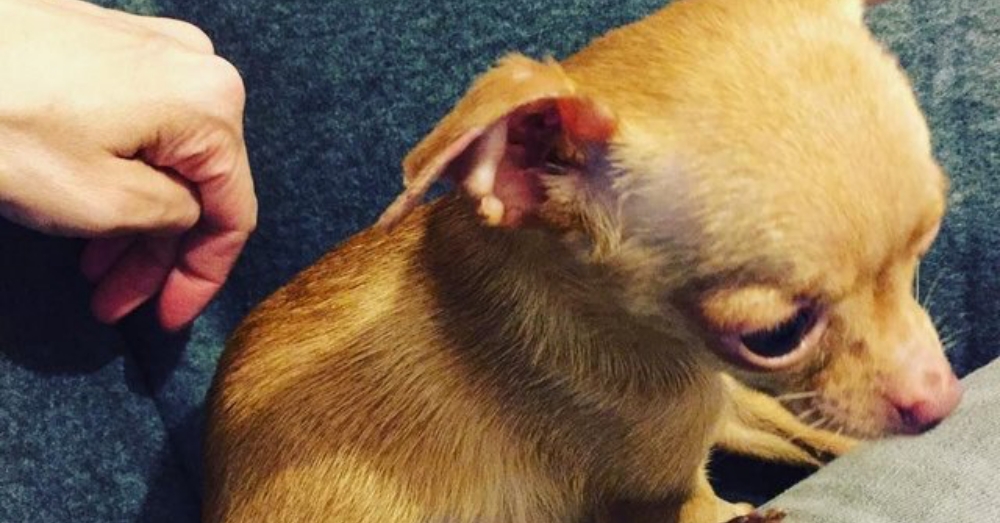 “When I saw her I was shocked,” Claire said. “She was emaciated and shaking. She clung to the lady at the rescue, and I wondered for a second if I could really help her. She looked so pitiful, and it was really upsetting. She was crouched at the back of her little carry case, wide-eyed and scared.” 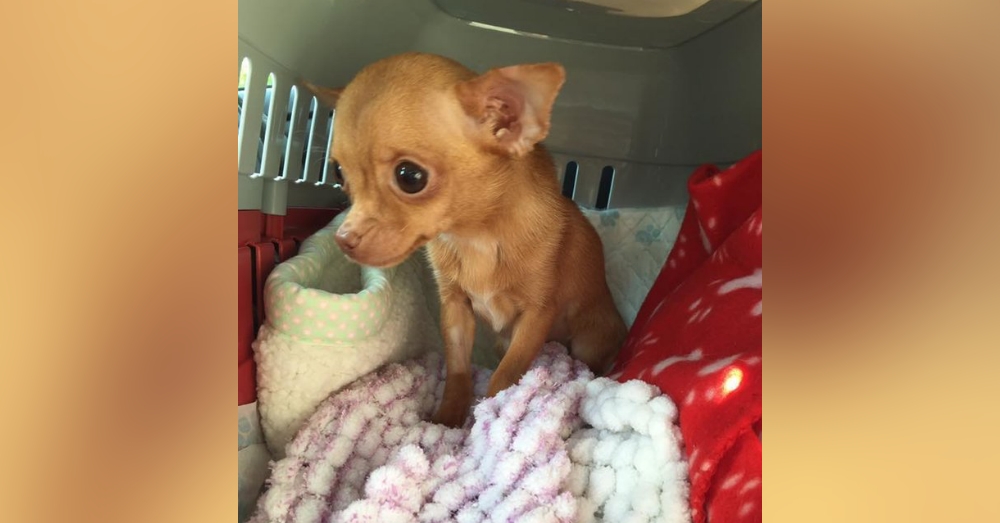 But after a 600-mile round trip back to Claire’s hometown, the frightened Chihuahua seemed to finally calm down upon meeting Claire’s other dogs. “Vesper took to Brie straight away as if Brie was her puppy,” Claire recalled. “She cleaned her and sat next to her. Brie would walk all over Vesper, and Vesper let Brie do anything – even eat from her food bowl.” 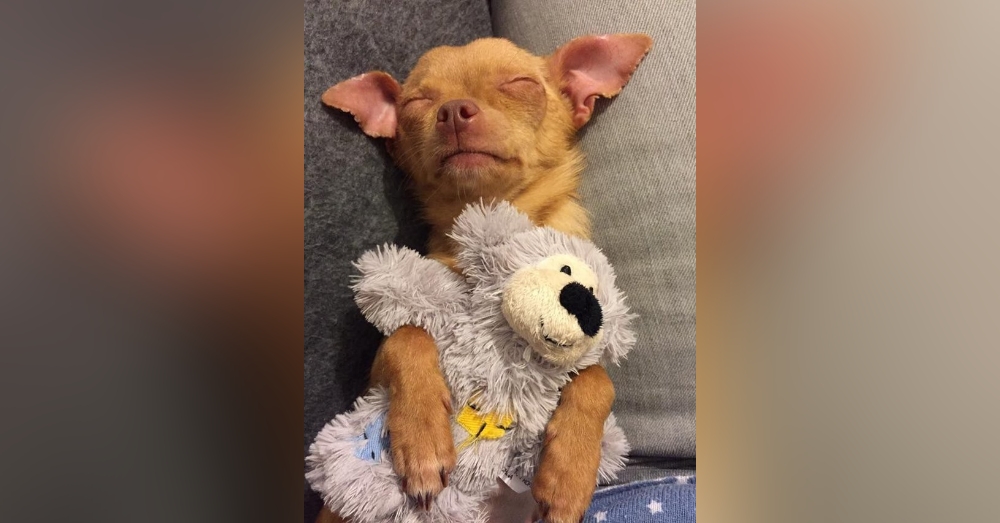 Nowadays, Brie acts like a completely different dog. “How she survived two pregnancies, the cold, the hunger and the fear I have no idea,” Stokoe said. “She is made of stronger stuff than me, that’s for sure. It’s inspiring.”