If you ever been involved in a time capsule project, you are not alone. It is something that is done in the modern day but it has been done for thousands of years. Time capsules are a way to bring people up to date on what was really taking place at the time when the capsule was put together. It’s like a snapshot of daily life and it can really be interesting to be there when a time capsule is opened. Typically, they contain pictures and other items that are from that era.

Mathieu Stern is a YouTuber and French photographer who happened to find a time capsule in the basement of his family home. It was an antique box that was from the year 1900. Some of the interesting items that were inside of the box included coins, a seashell, paper dolls, a compass, and a letter. It wasn’t put together to be a time capsule, but rather it was the belongings of a young girl from the 1900s – and there was something in there that caught his eye. There were 2 glass plate negatives, a mystery that he wanted to unlock.

It took a lot of patience for Stern to take on this project, but it was well worth it when the images came to life. The pictures were of the animals that belonged to the little girl, including a rather playful looking feline. Obviously, she cared for the cat very much because she wanted them preserved for all time. 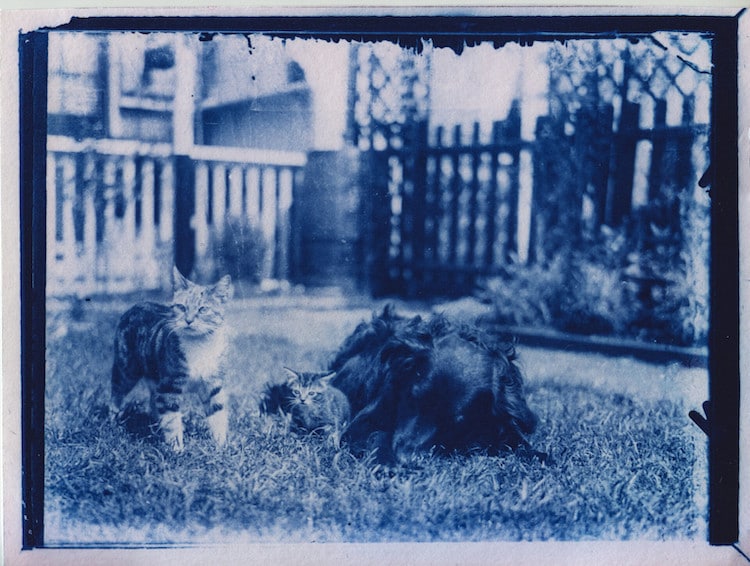 You can see the process that Stern used to develop the pictures from 120 years ago. Of course, the pictures are below as well.

Watch the cyanotype process used to develop these pictures in the following video:

Nordstrom Bans Sale Of Fur And Exotic Animal Skins: Click “Next” below!