Melissa Kho was hiking with her husband, Timofey Yuriev, and their dog, Kira, in Irvington Woods: Peter Oley Trail System when they noticed two dogs stranded in a frozen lake. Her husband and loyal golden retriever leaped into action.

Timofey undressed and jumped into the freezing water and started to make his way towards the dogs. There was a layer of ice over the water that he and his dog broke through to reach the dogs. They reached the first dog and helped him swim back to shore. 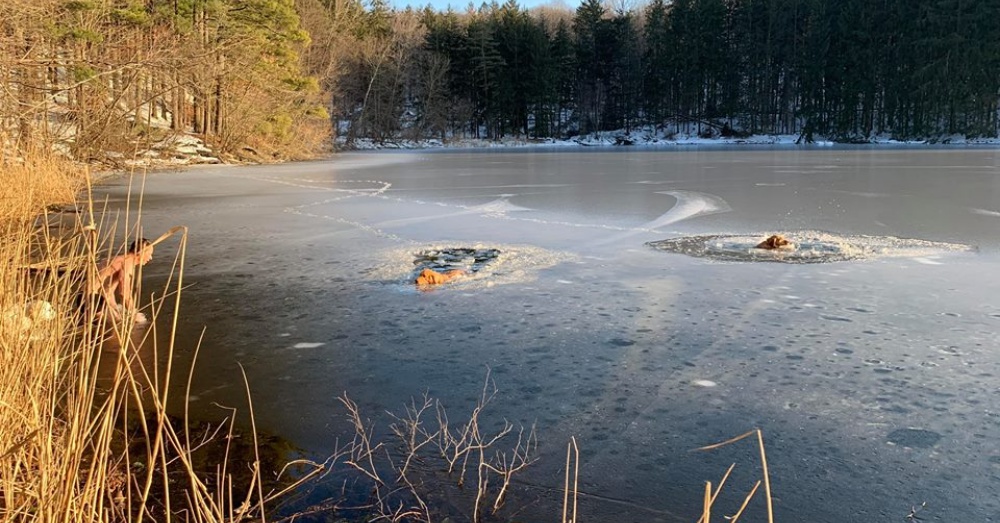 Even though the water was unbearably cold, the pair set out for the second dog. Timofey grew up in Kazakhstan where his grandfather taught him to swim in ice as a young boy. That training came in handy for this heroic rescue. 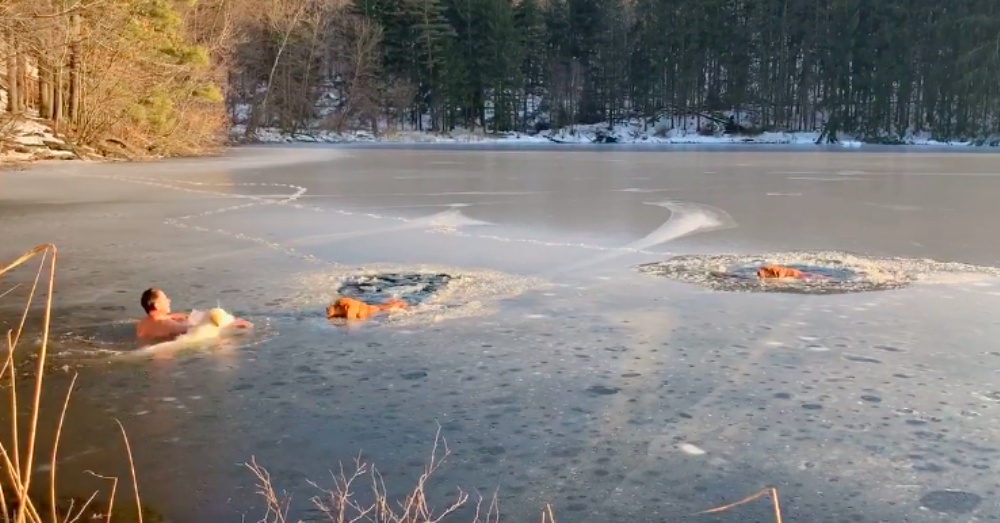 They finally reached the second dog and all swam back to shore. Melissa posted the video on Facebook with the caption, “Just witnessed something amazing: My hubby (and pup) rescuing two dogs trapped in the ice 🙏🏽 Wim Hof Method.” 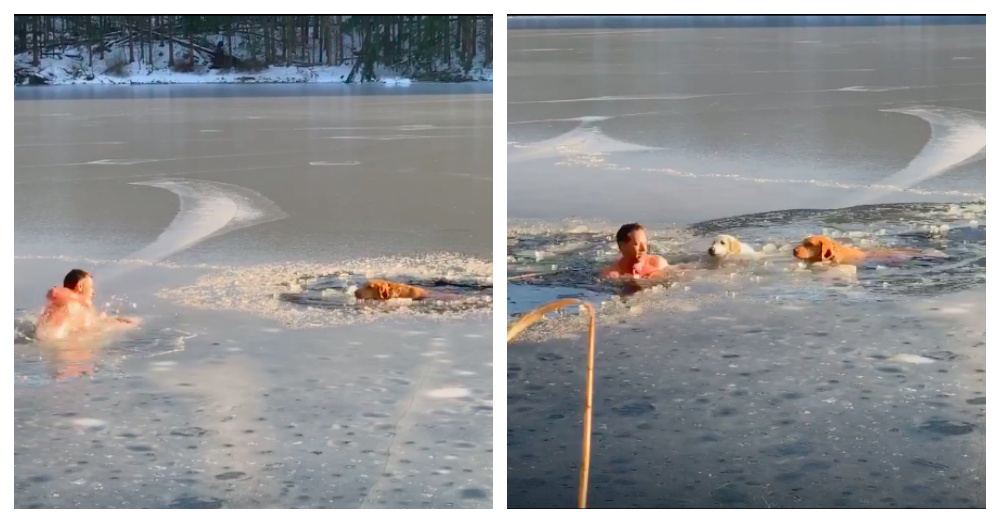 The two rescued dogs were out with their owner when they escaped and fell through the layer of ice on the frozen lake. Timofey told The Journal News/lohud Today, “It was pretty dangerous. They got stuck. They tried to come out and after a while, they just stopped moving. I saw they were in trouble. There was no other way.”

The woman who owned the two dogs was in tears after the rescue. “First she tried to stop me. She was so thankful.”

Miraculous Rescue As Man Runs Ahead of Firefighters To Save Dog From Burning Home: Click “Next” below!