We live in an age when we can pick up the phone and record the strange things that we may encounter in a day. And we’re so thankful for that aspect of technology seeing as it has provided us plenty of laughs or gasps on social media.

And Saxby2.0 recently uploaded a TikTok video after seeing two dogs seated on chairs just off the side of a random road. The image was strange enough to get him to want to document the sight as he drove past it on his way home from work.

As the man shared in his post, he very much had a what the f— moment when seeing these canine companions. 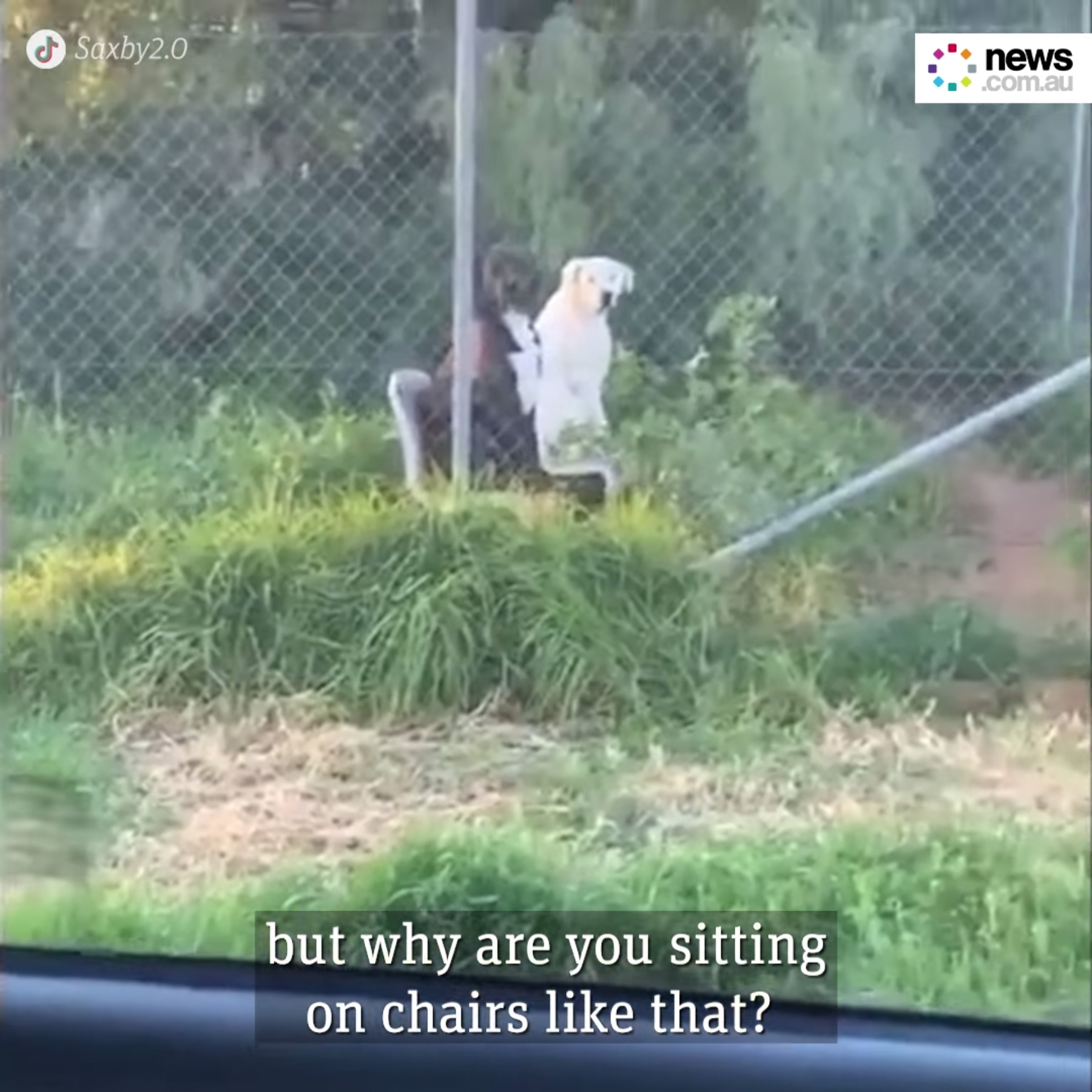 The man expressed his feelings on the subject with several expletives before turning the camera around in order to show the two dogs, a yellow Labrador and a pit bull, sitting in their own chairs overlooking the tall grass.

The two dogs were very humanlike in their poses, something that came across as very strange.

As the man stated, it “scared the f— out of me!” He then spoke to the dogs and asked them, “What are you two doing?! I don’t know who you are or who you belong to, but why are you sitting on chairs like that?”

The TikTok video has received more than 84,000 likes and counting. The man wrote under the post’s caption that viewers should “wait till the end.”