This Pup Found A Forever Home With Humans That Feed Her Wanderlust! Now She Travels The World!

Tikka is a tiny little pup that is lucky enough to travel the world with her humans. But her life wasn’t always so fun filled. Before finding a forever home with her loving humans, Tikka lived as a stray. She was just a puppy when she was rescued from the streets. When she was found she was underfed, covered in filth, timid, and all alone. Thankfully, she was given a second chance at a good life when her loving humans adopted her. They gave her the freedom to be the outgoing pup that she was meant to be! They also fed into her thirst for adventure.

Thanks to her humans, Tikka has become a well-traveled pup. She has visited countries such as Austria and Italy, and she hopes to visit many more. Along with her humans, Tikka has developed the heart of an explorer. She has climbed Mount Vesuvius, explored the Coliseum, frolicked along the coast, and ventured to the city of Pompeii. But that’s not all; Tikka has also visited various cities such as Florence and Tuscany. And despite her busy schedule of hitting all the classic tourist spots, Tikka has taken the time to sample some yummy treats from the countries that she has visited. 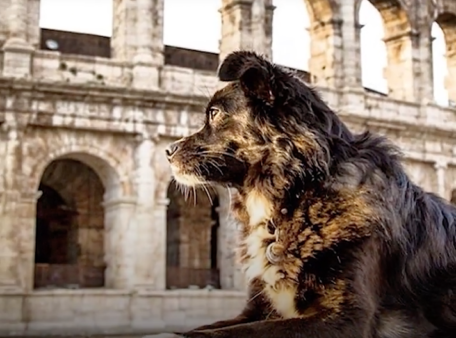 With all her trips and adventures, it’s a given that Tikka knows how to travel in style. She uses a quaint little pet carrier that she seems to love. But when she can’t use her carrier, Tikka has used all different means of transportation with her human such as riding a bike along the countryside or traveling on a Vespa! 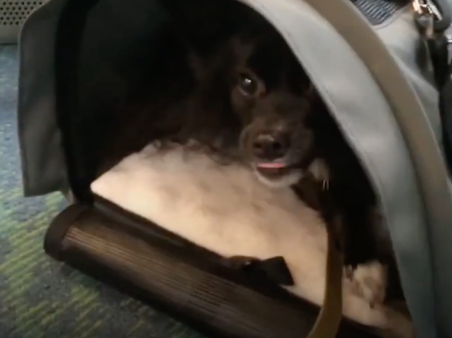 Tikka’s humans have enabled her to do things that many humans, let alone dogs, rarely have the chance to do. She gets to travel and see the amazing sites that the world has to offer. And Tikka is not even close to being done. She hopes to travel the world and her humans will be right beside her, along for the ride.
Share on Facebook
Share on Facebook