These Three Siberian Huskies Have Added Someone New To Their Pack…And It’s Not Another Dog!

These Three Siberian Huskies from San Jose, California, have been raising a rescued cat as one of their own, and now they are the best of friends! The three pups—Lilo, Infinity and Miko—love the cat named Rosie and do everything together from eating to hiking. Lilo served as a surrogate mother to Rosie when then found her malnourished and dying at just three weeks old. Lilo saved Rosie’s life and never left her side. 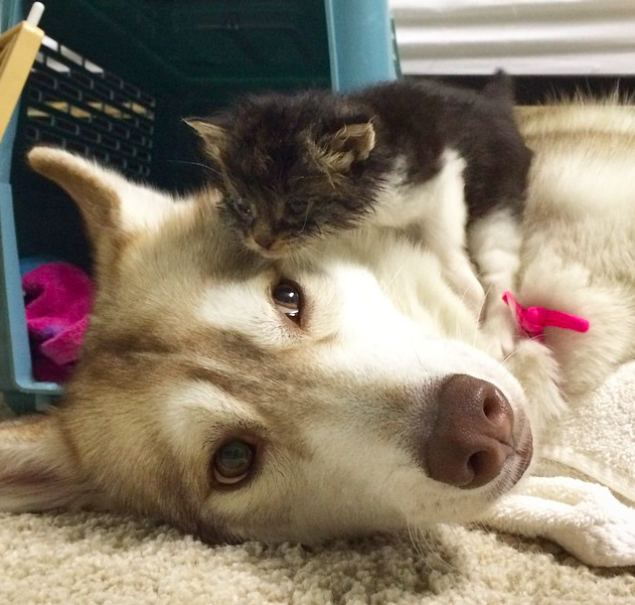 Rosie began to look to Lilo for guidance and began mimicking everything that the Husky did. Their owner said that when she saw the dogs going outside to go to the bathroom, she started to do the same. When they were leashed to go for walks, Rosie wanted to go too. Not only does the kitty go on hikes with them, but she also goes in the ocean! These four are adorable together and are the best of friends. Check out Rosie playing around with Lilo in the video below! 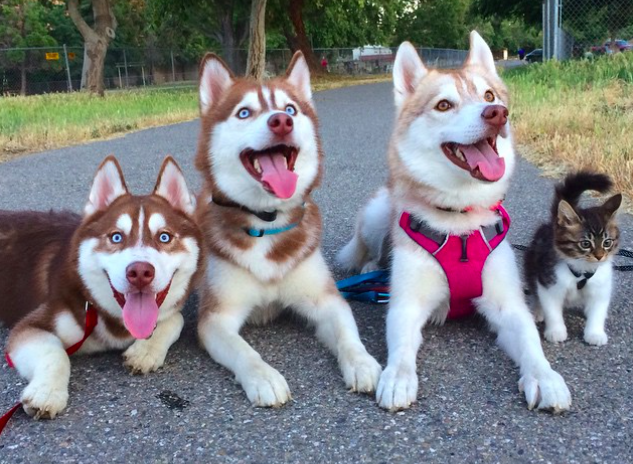