Corey Holt and Kat Perry were snowmobiling on Monte Cristo in West Haven, Utah, when they spotted a distressed Great Pyrenees. It appeared that she just gave birth and the couple tried to approach her, but she ran off.

“We tried to get close but we had no food to tempt her. She was having no part of us… so anyway…we went back today with food and a crate,” Perry posted. 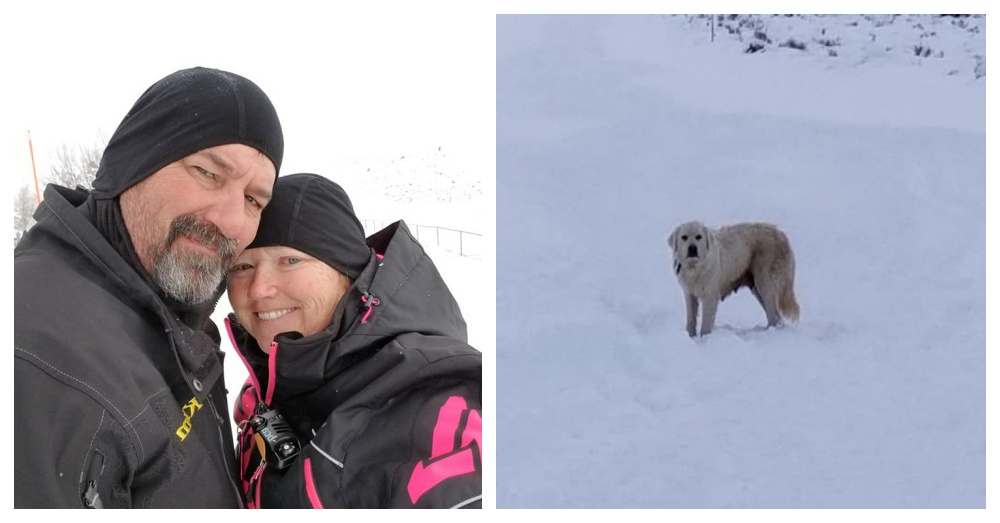 The couple returned to the backcountry location the next day to look for possible puppies and rescue Momma.

Perry told Fox13, “I’m not going to leave any animal on the mountain to starve, especially, it was obvious she had pups.” 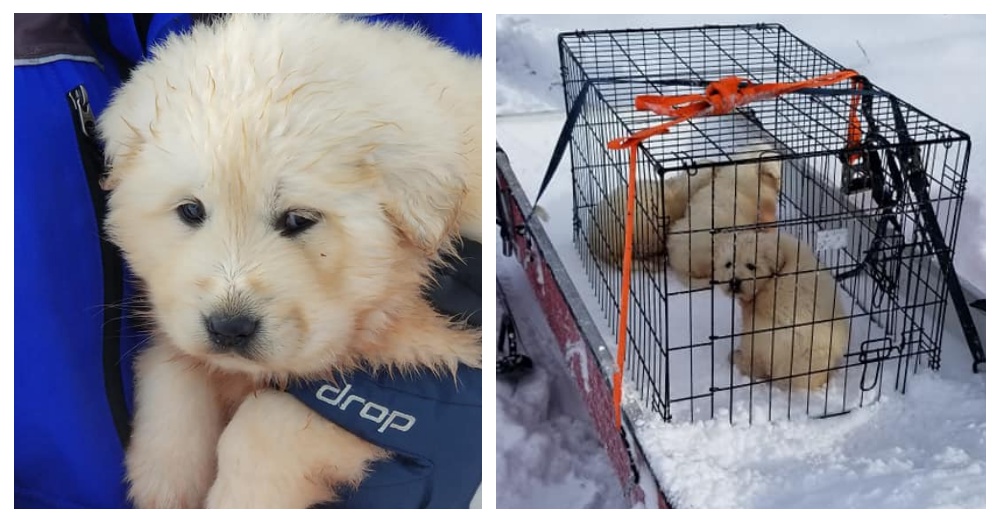 After searching the area they were thrilled when they found three puppies living in a sheep carcass. They said it was “just dumb luck” that they found the puppies.

“They were living in a sheep carcass. She had found a dead sheep and they had eaten, there was nothing left, just a little bit of wool and a few big bones. I’m sure that’s what she’d been eating on all fall,” Perry said.

Great Pyrenees are often used to guard sheep and other farm animals. Officials believe the female dog was guarding sheep over the summer on the mountain and ran off to have her babies. 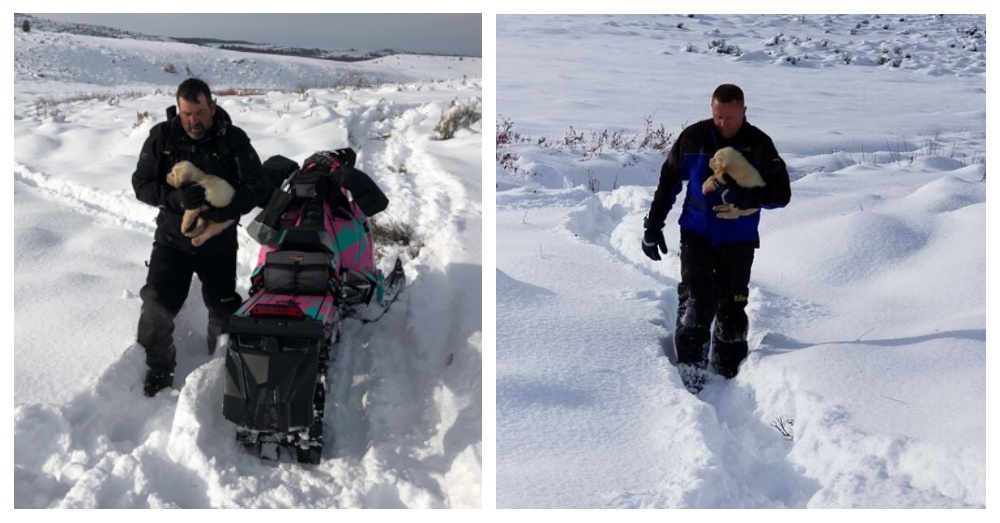 Weber County Search and Rescue was thankfully in the area and helped rescue the puppies.”The pups were cold, shivering and wet and just a little ball of ice,” Perry said. The rescue team used a sled to safely transport the 7-week-old puppies off the mountain.

The couple tried to rescue Momma, but she was too skittish. “Unfortunately, I was unable to catch the mom. We had to leave her behind,” wrote Perry. However, she left behind 20 pounds of dog food. 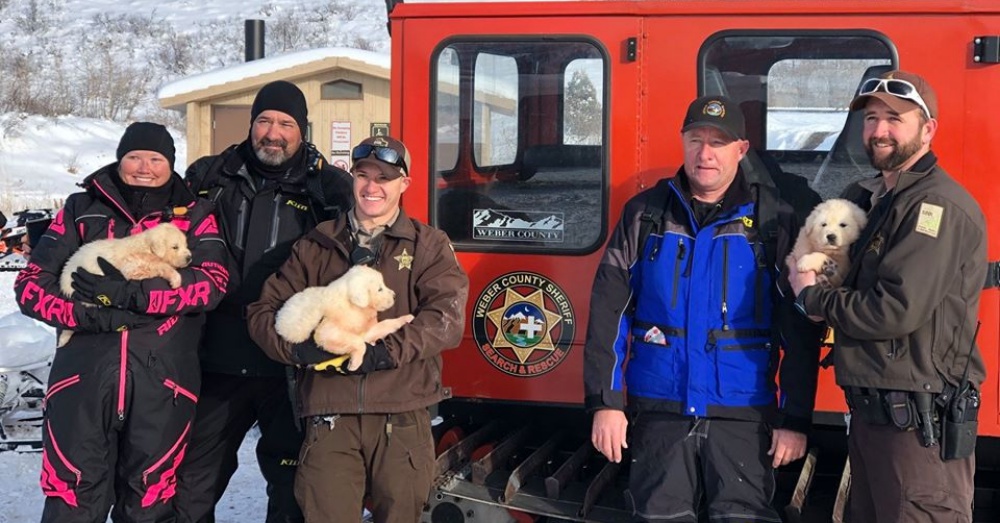 The puppies (two males and one female) are doing well. Holt and Perry plan on keeping one of the puppies that they have named Polar. The other two will be put up for adoption with a Great Pyrenees rescue group based out of Montana.

Volunteers are still searching for Momma and will hopefully succeed in rescuing her soon.

Dog Saved From A Life Chained Up In The Snow Finally Realizes He’s Safe: Click “Next” below!