All kinds of weird things have been happening across the world in recent years; or maybe it’s just because we are able to hear about them easier with the speed of the internet. Either way, the amount of animals doing strange things is at an all-time high.

Thousands of frogs found dead in Peru, octopuses wandering out of the ocean and onto shore for no apparent reason, diseased sea lions stranding themselves on beaches, and now thousands of Man o’ War jellyfish were seen washing up on shore together.

In New South Wales, Australia, Brett Wallensky and his partner, Claudia, were walking along the shores of Barlings Beach when they stumbled across a literal carpet of Portuguese Man o’ War jellyfish washing up with the waves of the ocean. 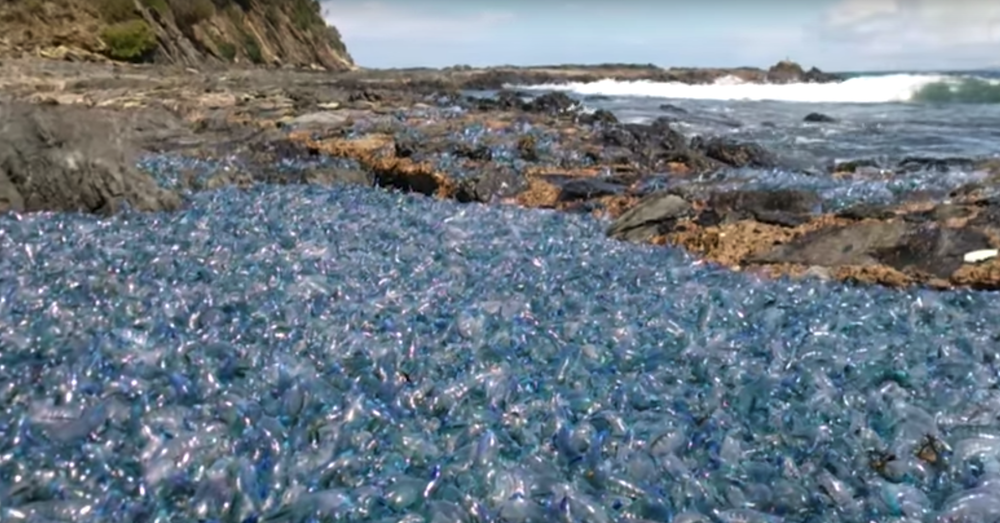 With every wave crashing towards the shore, more and more of the bright blue jellyfish came up with them, creating such a large mass of the creatures that Wallensky described it as “the stuff of nightmares.”

The Portuguese Man o’ War has incredibly potent toxins that it uses when it stings its prey with its tentacles, and it is very dangerous even for humans.

With tentacles that can extend 165 feet in length below the surface, these creatures can catch unsuspecting prey and paralyze them with ease before absorbing their nutrients. 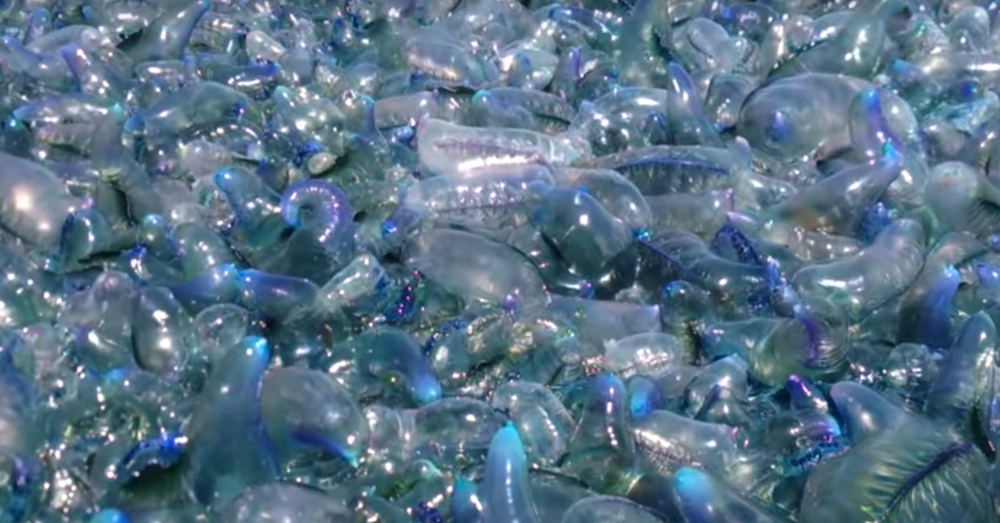 Even when dead and washed up on shore, the Man o’ War tentacles still have the capability of delivering their toxic sting, so when Wallensky was standing near literally thousands of them at once, he was in a far more dangerous position than it seemed.

“If you fell in there and got that many stings all over you I can’t imagine you would survive,” Wallensky said.

But as to the reason why there were so many of the creatures washing up in one place, scientists are yet to come up with an answer.

Some explanations are that jellyfish numbers are on the rise so there may be some kind of overcrowding events occurring. Others have made guesses at climate change being the cause, but at the end of the day, no one really knows yet.

To see the footage of this incredibly unique event, check out the video below!