They Were Thrown From A Van And Left To Die. Now, They’re Learning To Trust Humans Again…

Two young dogs, Raiz and Tierra, are being taken care of by Protectora La Bienvenida, an animal rescue group in Ciudad Real, Spain, but the reason why is horrific. Witnesses saw two men in a van throw these helpless dogs out of the vehicle in the parking lot of Universidad de Castilla-La Mancha’s Ciudad Real campus. The license plates were covered, but there is an ongoing investigation to try and find out who these men are. 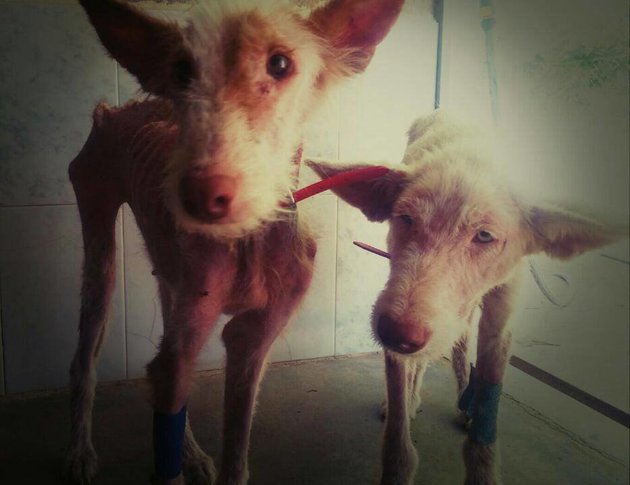 The pups were in horrible shape, severely malnourished and dehydrated, and had scabies and multiple infections. “They were more dead than alive,” Ana Robles Perez, a spokeswoman for the group, told Huffington Post. 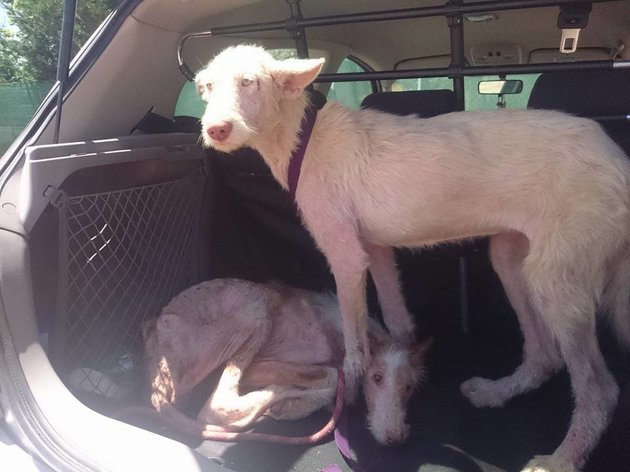 The dogs are very shy, but they are no learning to trust humans again. Initially, they liked to be by themselves, but now when they see a caregiver, they wag their tails. Ideally, they would like to have these two dogs adopted together as a pair. 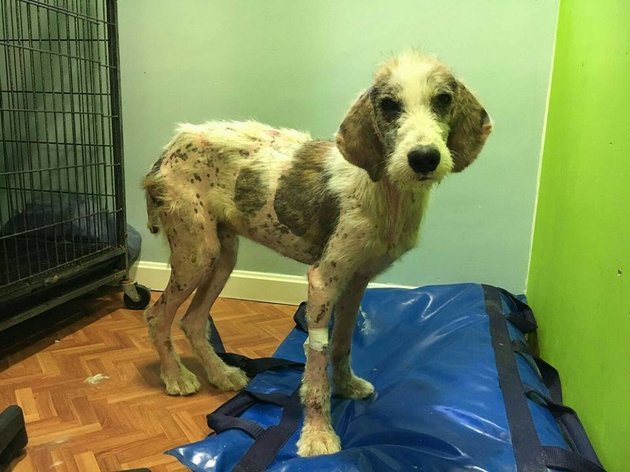 Sadly, there is now a third dog, named Bosque, who they believe came from the same place. He was abandoned near the University as well and in the same situation. It seemed like Raiz and Tierra recognized Bosque, which confirmed their assumption. 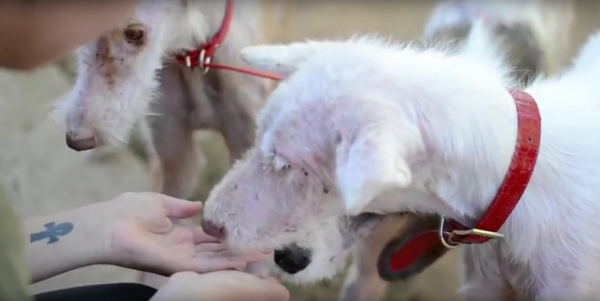 These three dogs may have come from hell, but now they are being nursed back to health and never have to worry about being treated poorly ever again!