Man Risks His Life To Save Stranger’s Dog From Frozen Lake; Owners Learn About It After Seeing Facebook Post

Just the thought of your dog going missing causes you to panic. But just imagine how you would feel if you learned your dog was missing and trapped in a frozen lake through a viral social media post, while on vacation!

Jeremy and Lisa Aller of Celina, Ohio, were shocked to see their beloved dog in a viral video on Facebook being rescued by a stranger from a frigid lake.

The Aller family was out of town and asked relatives to check in on their one-year-old golden retriever named Gunner. Apparently, the pup escaped out the back door that was left open by those checking in on him. 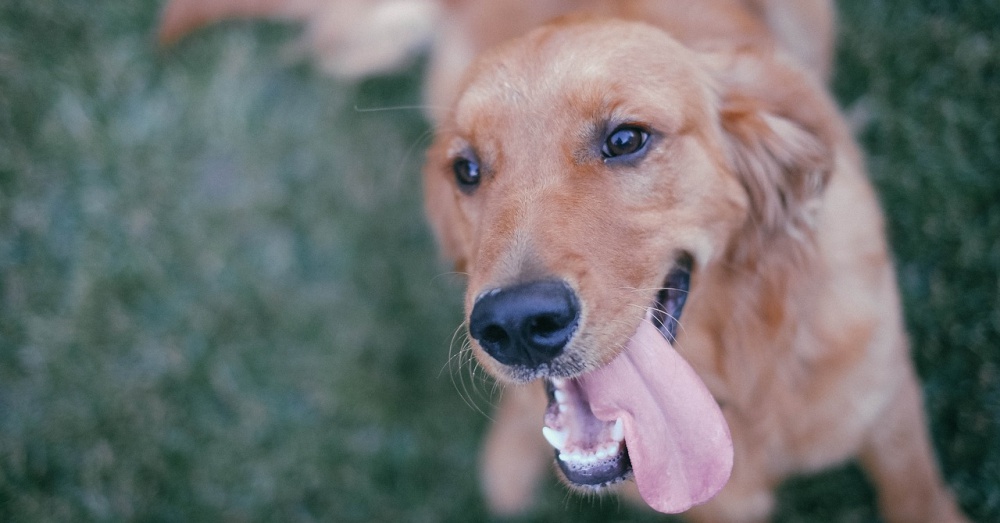 Gunner headed to Grand Lake but when he walked on an area of thin ice, he fell in.

Thankfully, Kevin Klosterman, was taking photos in the area and leaped into action after receiving a call from his brother about the stranded dog.

Growing up in the area, Kevin knows how dangerous the ice can be and knew he only had a few minutes to save the dog. 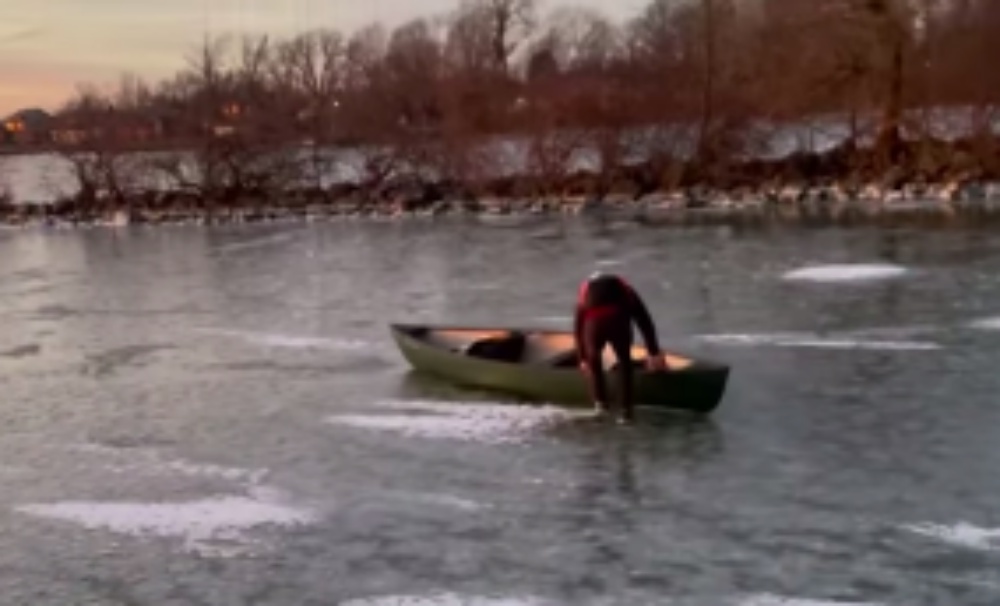 He risked his own life to save Gunner. He grabbed a life jacket and canoe and made his way to the struggling dog. 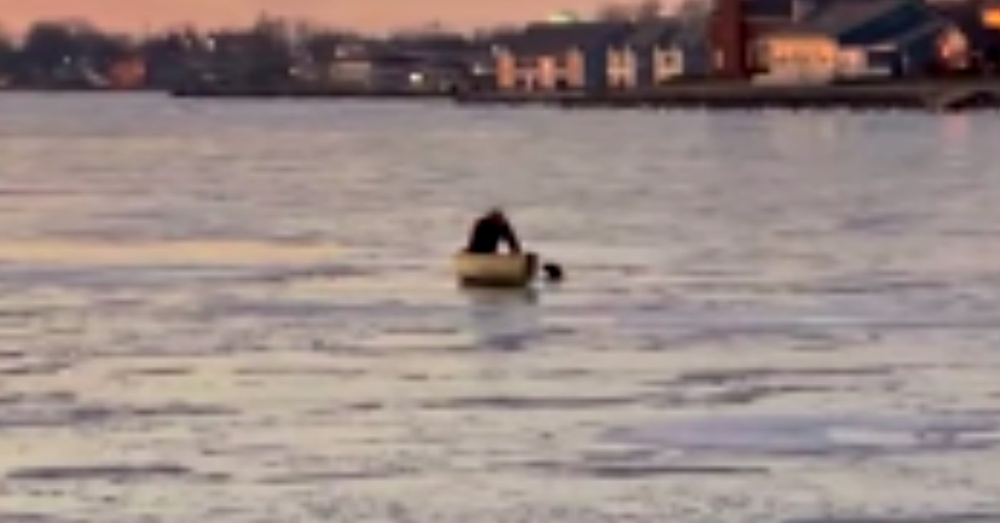 The dangerous rescue was recorded by Kevin’s brother and shared on Facebook, which immediately went viral. Kory Klosterman posted the four minute rescue video in the public group Friends of Grand Lake with the caption, “So we saved a dog tonight…An amazing dog rescue by Kevin Klosterman from minutes ago…”

And that is when the Aller family first learned their dog was missing and in trouble.

“That’s actually how we found out is that video being posted on Facebook and and we were like, ‘Oh that’s Gunner,’” Lisa told WDTN. “I was nervous for the guy too walking on the ice and I just was embarrassed, I was shocked and it was terrible.”

Gunner is not only a beloved member of the family, but is also a therapy dog to Jeremy and Lisa Aller’s son, Ayden. 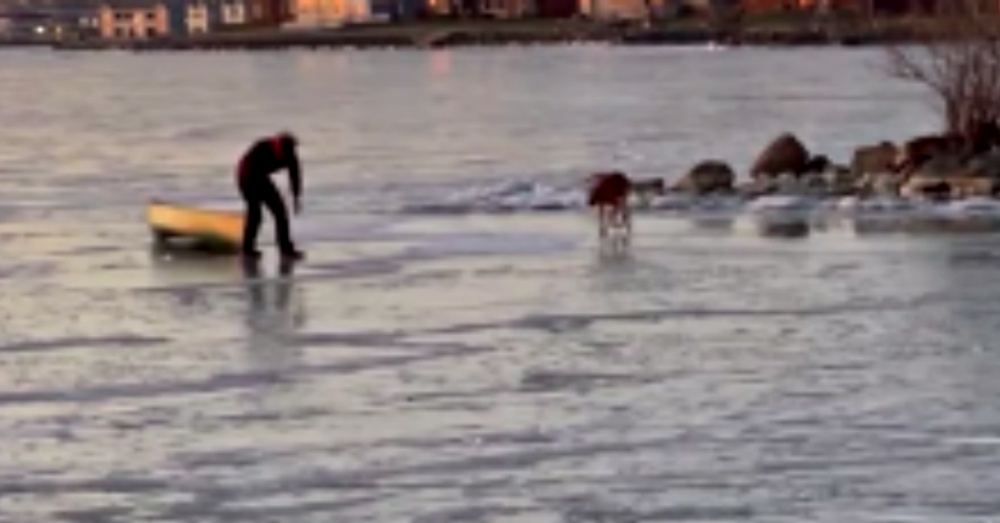 Once Gunner was safely in the canoe, Kevin started to pull him to shore, but the feisty pup leaped out of the boat and ran on the ice.

The friendly dog eventually made his way back to his rescuer and with one hand on the boat and the other holding Gunner, Kevin pulled him to safety. 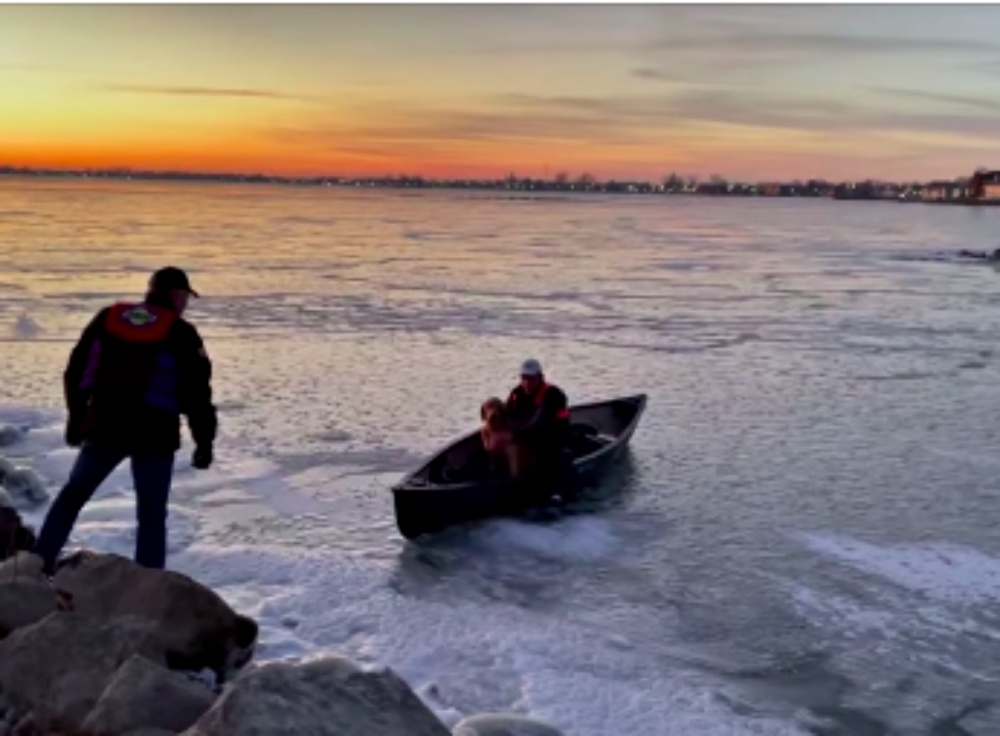 Kevin posted in the comments of the video, “Even with the stunning sunset, I hadn’t planned on canoeing or testing the ice tonight but, combined the two on a Grand Golden Retriever rescue.”

Hundreds of people thanked Kevin for the selfless rescue and said, “That is one lucky dog.”

The Allers also commented on the post with, “We can’t thank you enough . We are out of town right now and just found out! We are sick to our stomachs 😢 this dog is my sons therapy dog / BEST FRIEND, you have no idea how much this dog means to my son!”

“He didn’t just save the dog, he saved my son also,” said Lisa. 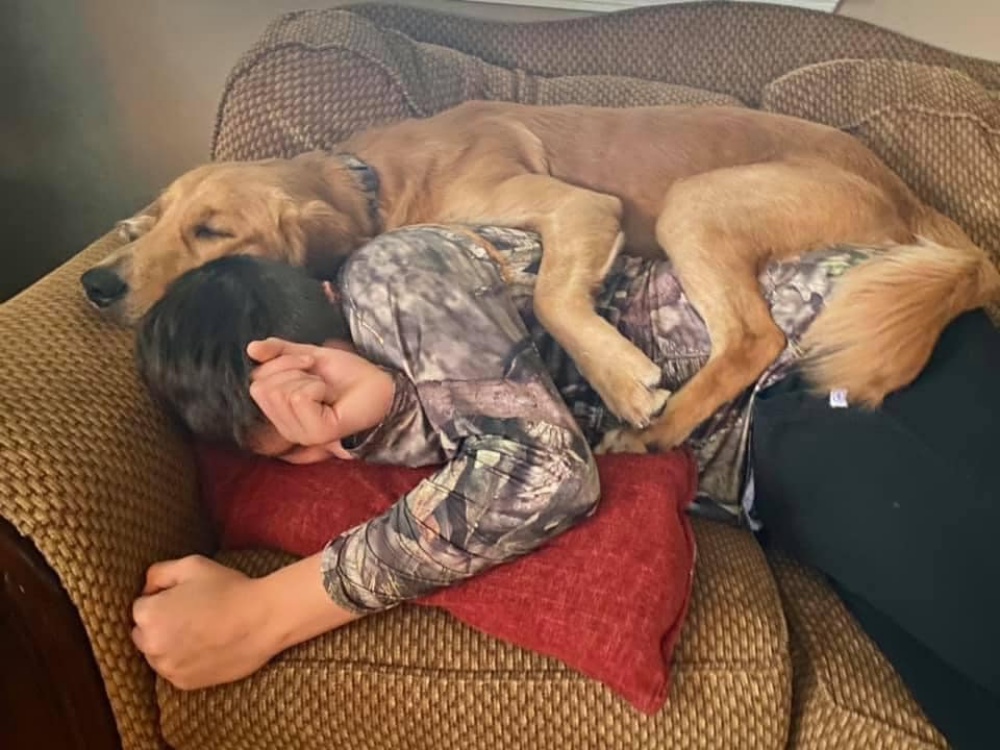 The family has been reunited with Gunner and said they owe his rescuer a ‘lifetime of gratitude’. Ayden thanked the hero by saying, “If he’s listening, I just want to say thank you very much and I say that from the bottom of my heart. If I would’ve lost Gunner, I don’t know what I would’ve done.”