Therapy Dog Hoards All The Christmas Toys For Himself

Ben Franklin, an adorable Golden Retriever who works as a therapy dog, has figured out the true meaning of Christmas: toys! At least that is what he thinks Christmas is all about.

The Franklin Police Department had been taking up a collection for toys in order to send them to the Santa Foundation. However, they didn’t think that one of their own would be using the charity drive as a way of keeping toys for himself.

Ben works with the police department and has been there since he was a puppy. He joined the team as a therapy dog in order to provide comfort to those experiencing stress and trauma. He often makes visits to senior centers, schools, and other community events. 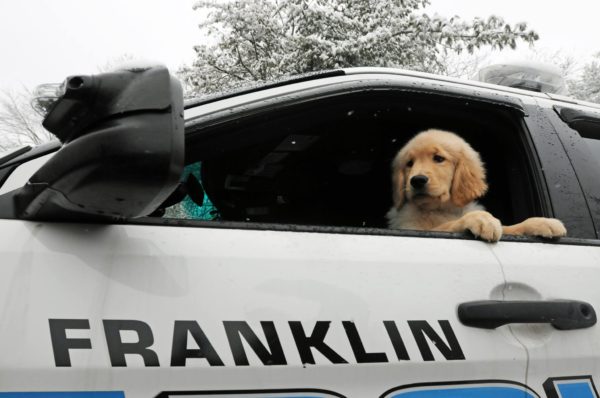 Ben is well-known by the community and everyone is always thrilled to see him. And there is no shortage of cute photos of him on the department’s social media.

It would be hard to imagine that such a well-loved dog would have a dirty little secret, however, the police eventually found this out. It might have taken the department a little while to notice, but they eventually caught on that Ben had slowly been stashing away the donated toys for himself! 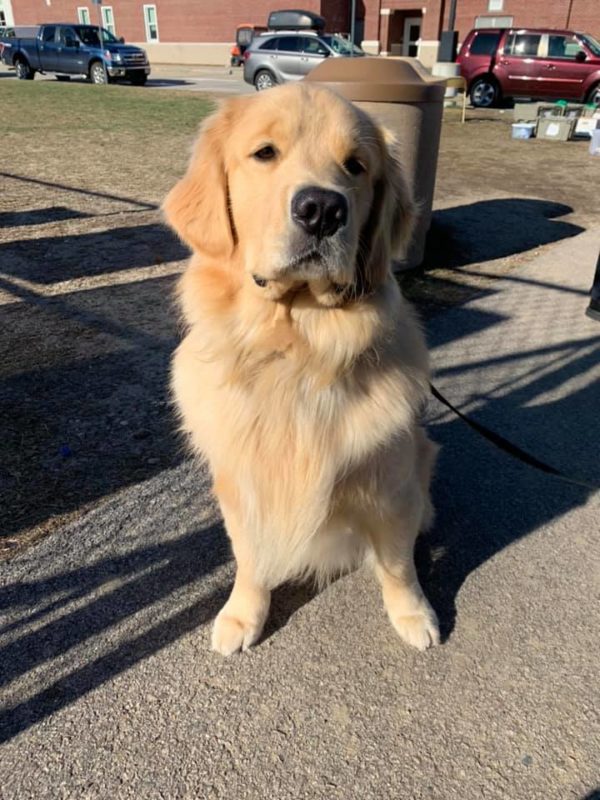 When he was finally caught, he was in the middle of carrying off a baby doll in its cradle. The officer who noticed him sneaking away got out his camera and caught the hilarious footage. What made it more endearing was that as soon as Ben realized he was being watched, he quickly scurried away.

However, his disappearance made people even more curious about what he was up to. Refusing to acknowledge the fact that he’d just brought major suspicion onto himself, Ben tried to act like nothing was wrong and made sure to check that no one would take away his new toy. 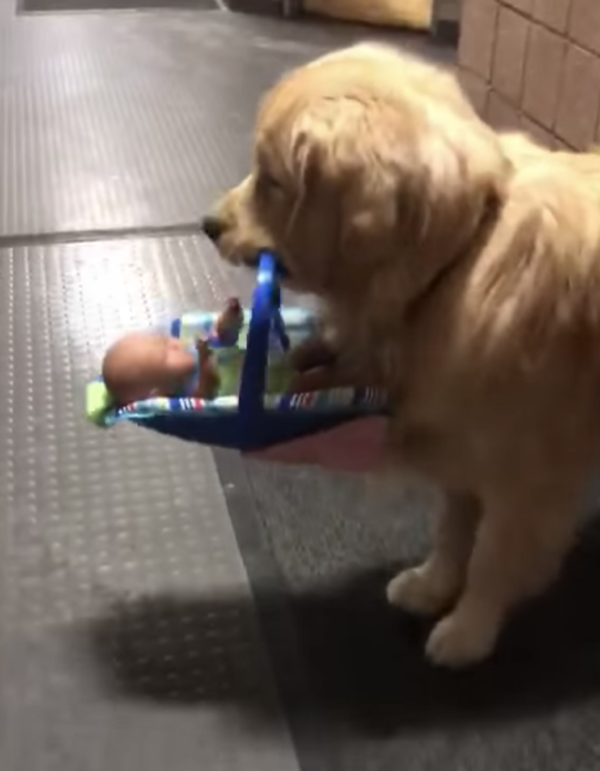 Ben eventually headed off in the direction of his hiding spot, which turned out to be underneath one of the desks. When he was followed there, it was quickly determined that this was not his first caper, as he had a whole treasure trove of toys hidden away. Guess Ben wasn’t as sneaky as he thought after all.

“You are priceless,” one officer said in the video. “He’s gonna stockpile them toys over there. He keeps bringing them in here.” 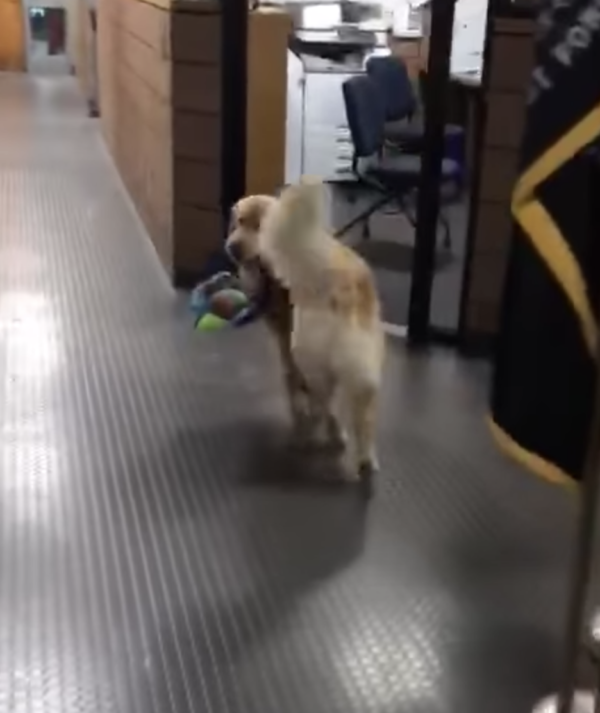 Ben’s innocent thievery gave everyone in the department a good laugh. They also got reminded to keep the door to the toy room closed, or keep the toys up off the ground. Guess Ben’s days of theft have come to a close.

We learned an extremely valuable lesson today. When you have a classroom full of toys ready to be shipped off to the Santa Foundation, you should…1. Close the door to the classroomOr 2. Keep the toys elevated If not, a golden retriever will slowly hoard them throughout the day and bring them back to his lair. Thanks to Officer Cusson for capturing this larceny on camera.

The Franklin Police Department shared the video of sneaky little Ben stealing toys and naturally, it was a big hit. I mean, who wouldn’t find a dog stealing toys absolutely endearing?