‘Anyone Missing A Turkey?’ Dog Found With Thanksgiving Dinner In The Middle Of The Road

Shortly after Thanksgiving, a photo appeared circling the internet, of a dog with a whole raw turkey in the middle of an Arkansas road.

The dog, who appears to be a brown mixed breed of some kind, was standing next to his prize, staring down the camera. As Kathy Wyrick recounted, her friend Jenny Jones was driving the route from Round Mountain into Conway, when she stopped as soon as she noticed the dog. Jones couldn’t resist taking a picture. 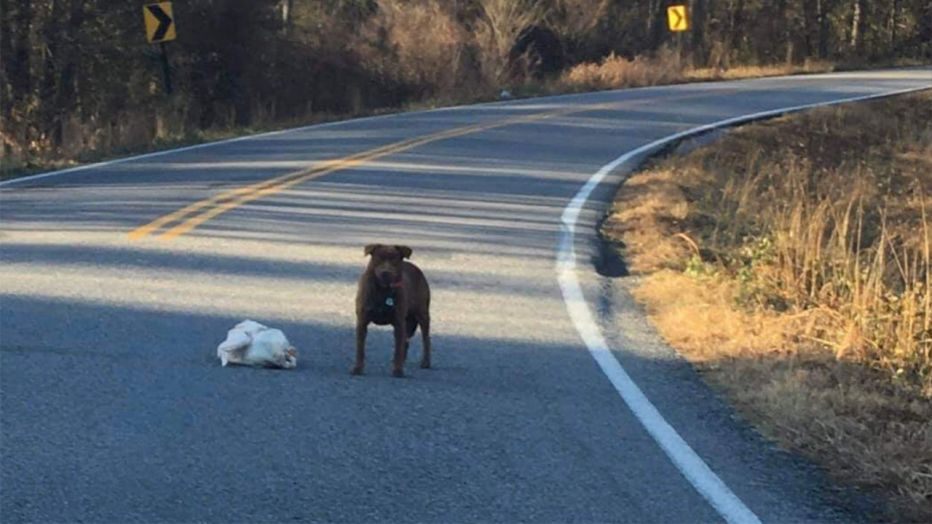 “Jenny stopped as soon as she saw it. She couldn’t stop laughing. It was hilarious,” Wyrick said. “Another friend (Karen McNutt) shared that she saw it and laughed all of the way to work.”

Afterward, Wyrick proceeded to post the photo to her Facebook page, where it has now gone viral.

“Anyone missing their frozen turkey? If so, this Conway dog proudly had it in the Round Mtn. area,” Wyrick wrote.

Wyrick also said, “Round Mountain is an area in Conway. He had stopped in the road and was proudly displaying his find. He picked it up and moved on after the photo was taken.”

And while it is no longer Thanksgiving, Wyrick is still thankful for the photo.
“The photo has brought a tremendous amount of joy and laughter to many,” she said. “For that, we thank Jenny, as well as the dog and his turkey.”

Yes, we’re all thankful for this bit of comic relief indeed.