Natural disasters often bring out the worst in people. I mean, desperation and hunger, they are certain triggers for that need to survive. I once found myself hangry in the middle of Dunnes, ready to beat someone down for the last can of John West’s tuna infusions – and that was 2 pm on a Tuesday, could you imagine surviving a natural disasters like a hurricane or a tornado?

But more often than not, natural disasters also bring out the best in people. Total strangers come together and form a community, rallying around one another and helping each other to get through the dark times. We’ve all read the heart-warming stories that inevitably follow tragedy. And here is one more.

People have been mobilizing in order to support those who’ve been affected by the mass floods that hit Thailand’s north and northeastern areas. Amongst the survivors, there are some very happy faces in the makeshift shelters along the edge of the devastated areas – but they’re not happy human faces. They’re dogs.

And that is because one volunteer, in particular, has made it his sole mission to help the four-legged survivors – the ones that so often get lost in the shuffle following any natural disaster. As much as it’s wonderful to see humans helping humans, there is no denying that often times, we forget about our furry friends who’ve been just as affected by the tragedy as any human survivor, but because they don’t have the same voices as us, we neglect to help them. 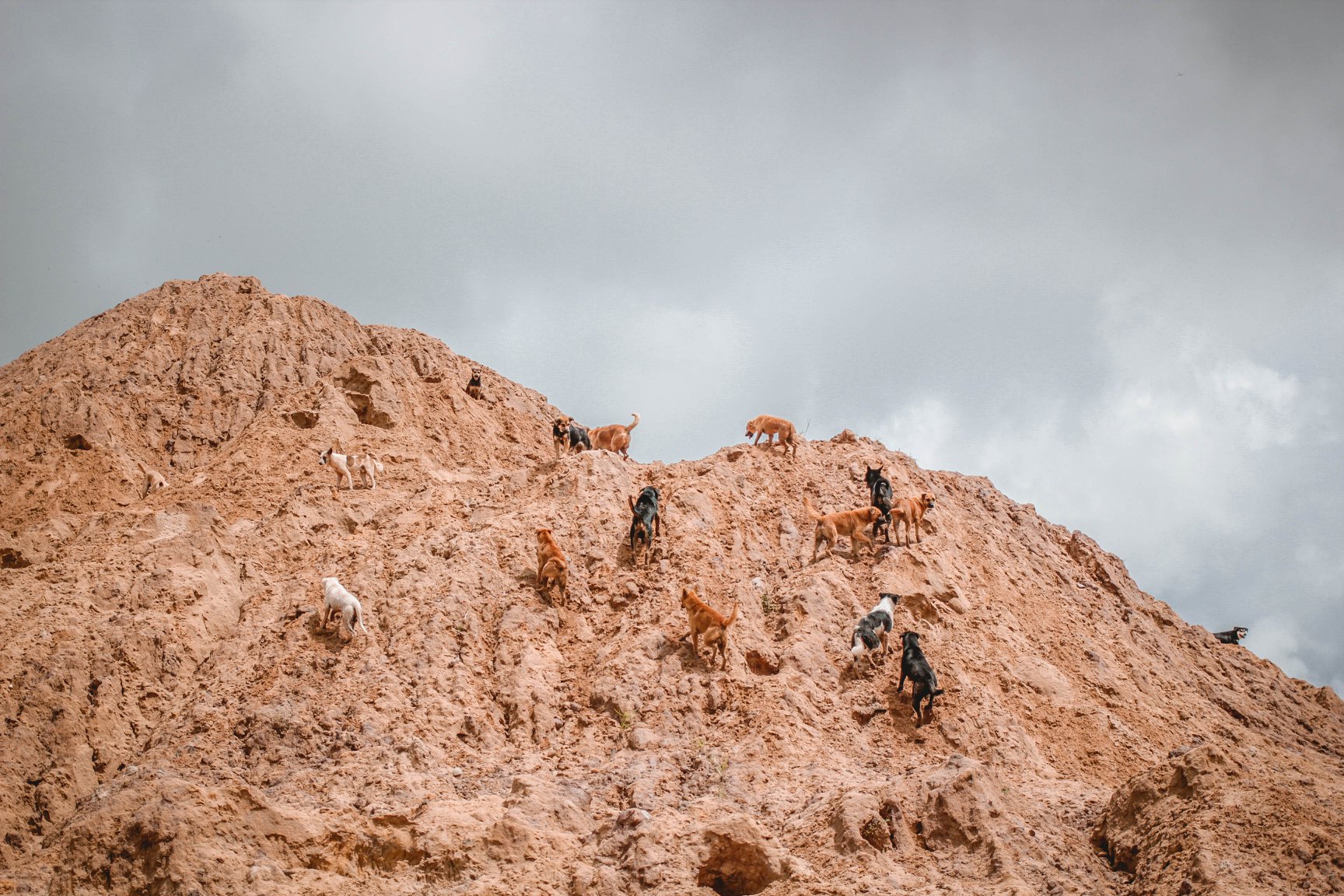 But this week, photographer Sitthichai Ekkapan is being called a hero – and rightfully so – for all his efforts to help the animal survivors of the floods.

“Just seeing them come live in the house and have a slightly more comfortable life already brings me happiness,” Ekkapan said.

He began to gain notoriety after he posted a few pictures of the makeshift dog houses he built for the canine victims of the flooding in Ubon Ratchathani – which was one of the worst-hit of the provinces.

Ekkapan wrote in a Sunday post, “I will not stop building until there is enough shelter for every life affected by the flood.”

In other posts, Ekkapan wrote about his experiences seeing hundreds of animals being left behind – abandoned to fend for themselves. He wasn’t the only one who’s seen the heart-breaking reality of animals getting abandoned. There have been many others who’ve posted pictures of dogs deserted amongst the floodwaters, as well as animals getting run over in the ensuing chaos.

Ekkapan explained that while some people have donated dog food, there is no shelter for the dogs to shield them from the elements. 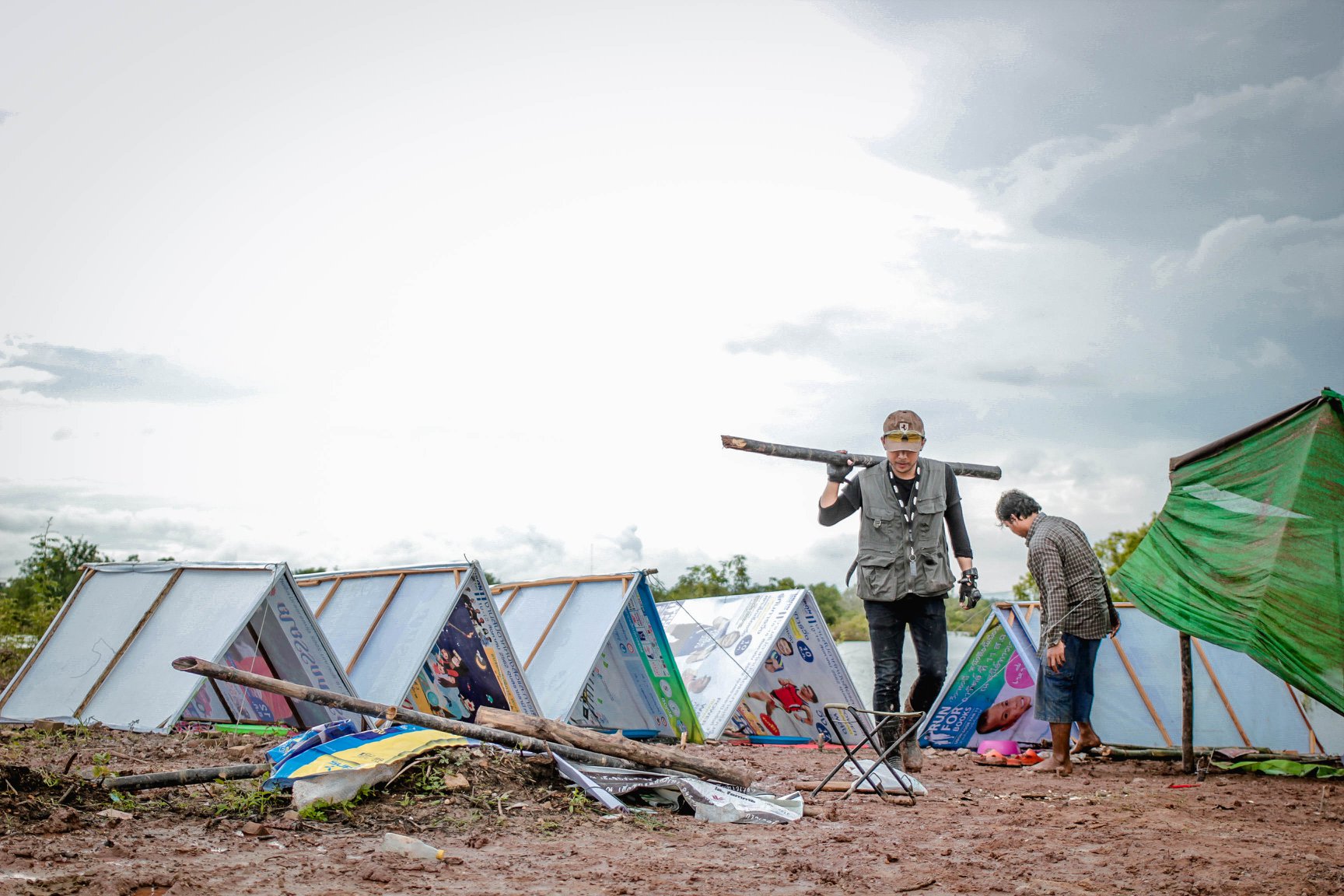 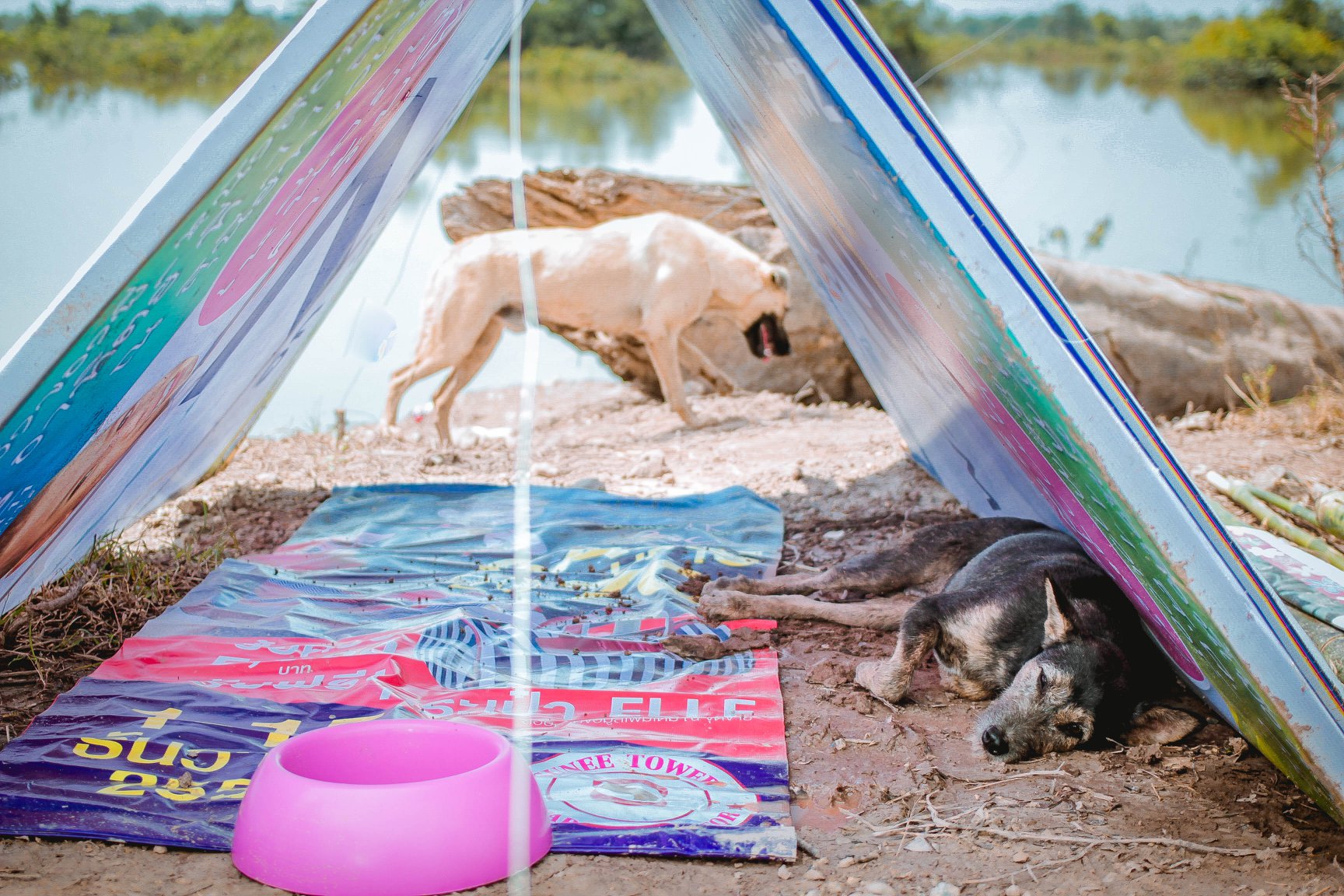 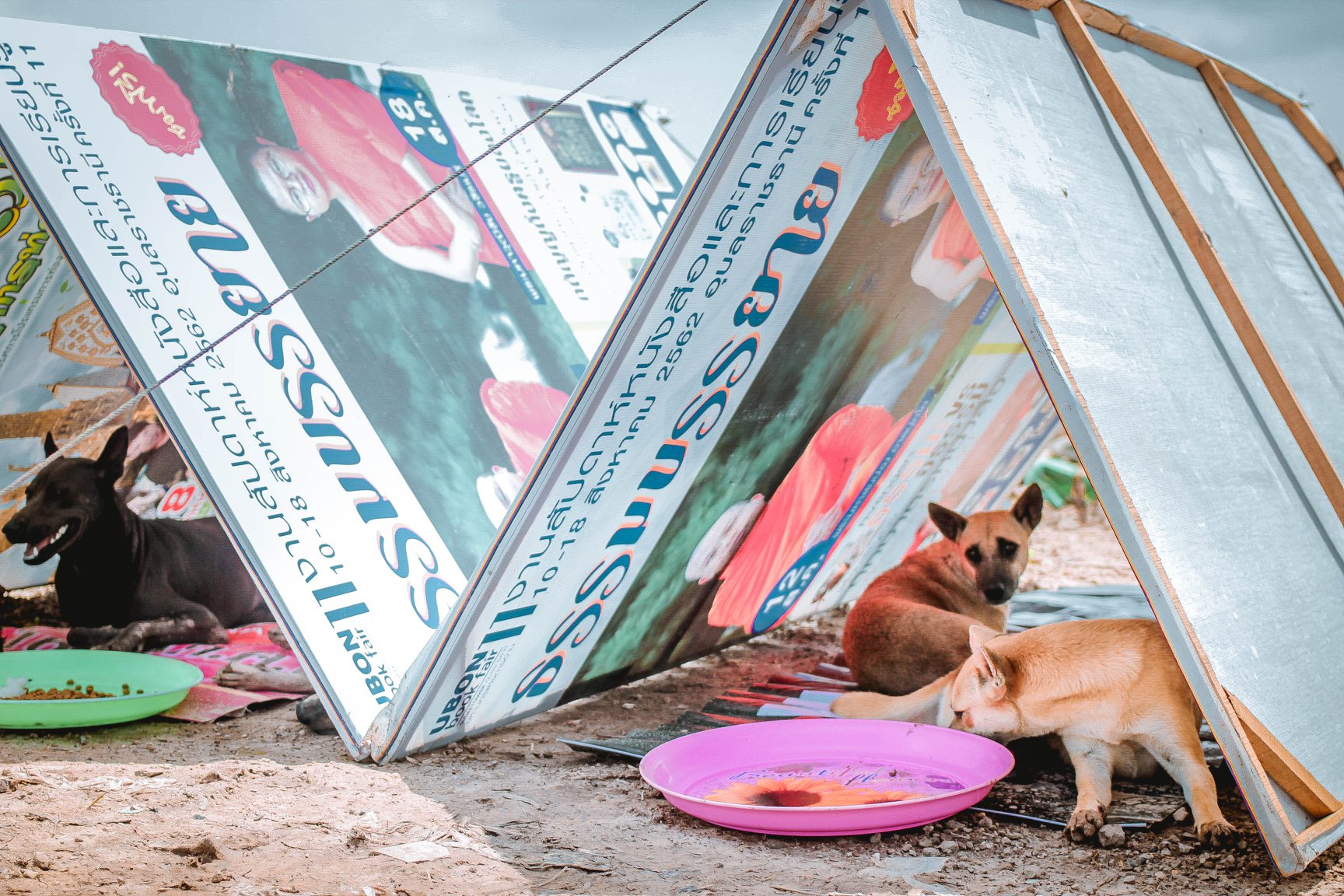 That is when he began soliciting for material donations in the form of discarded items like wood, vinyl, and wire. He began using the materials to construct several dog houses from various materials, including discarded signs. 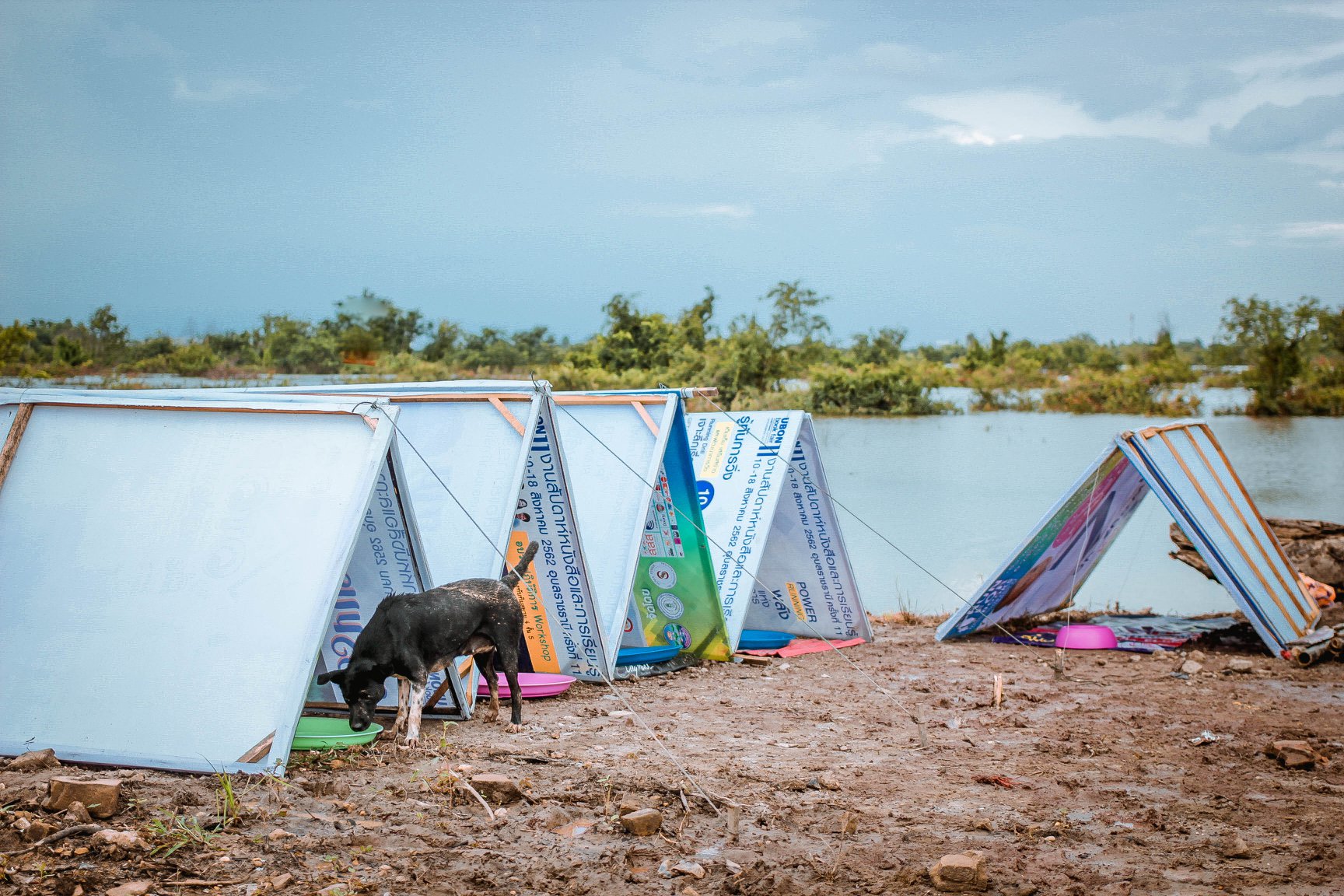 It is definitely nice to see that someone hasn’t forgotten about the little furry survivors. They need help too. 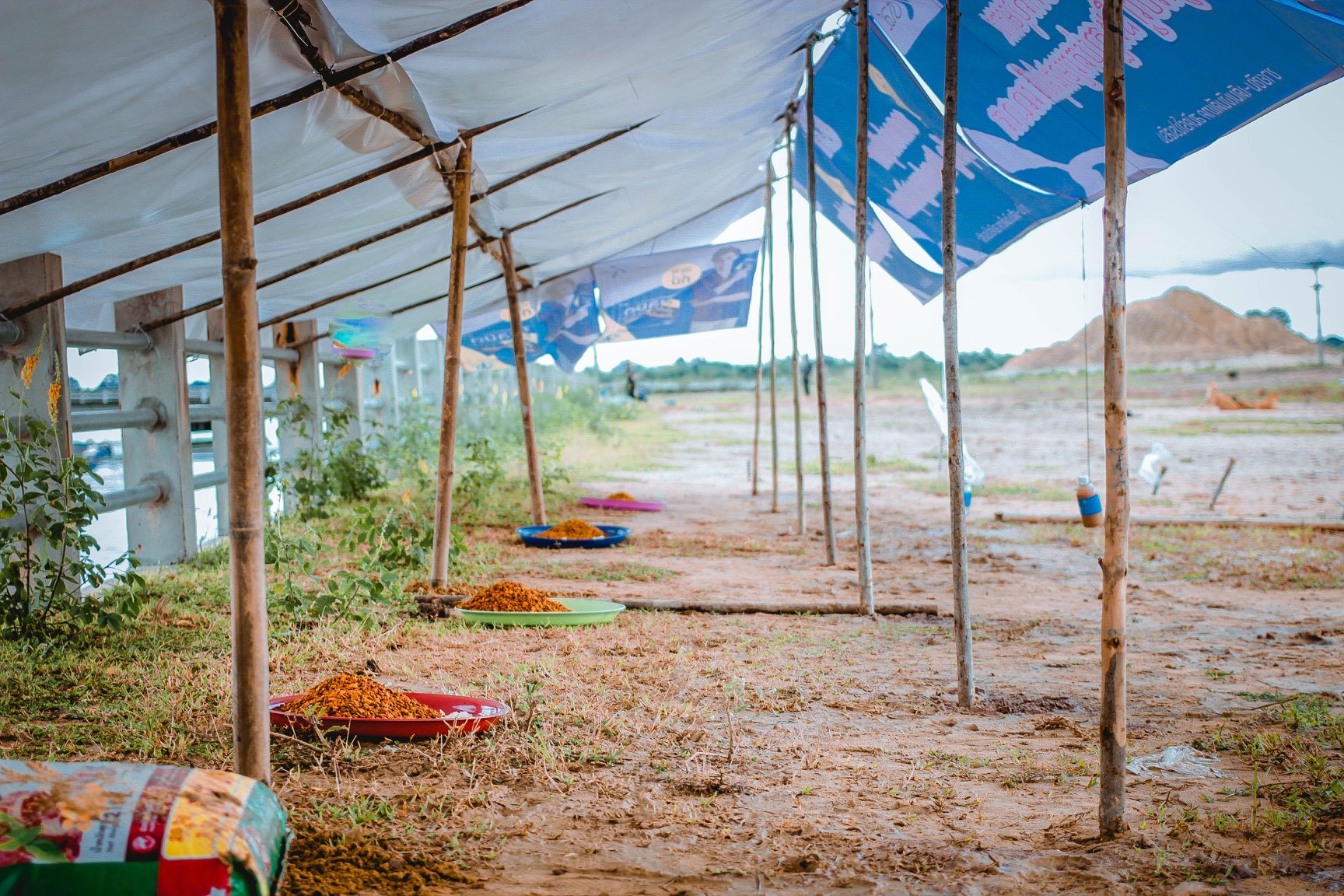 Rescue Cat Alerts Mom to Breast Cancer by "Aggressively" Cuddling Her Left Breast: Click “Next” below!