Famed for their vocals and tree-top gymnastics, these petite apes are widely known for their playful nature and acrobatic skill.

Unfortunately, these beautiful creatures also rank among the world’s most endangered species, largely owing to the widespread destruction of their natural habitat. Poaching and illegal wildlife trafficking also play a role, causing gibbon populations living within the rainforest canopies of India, China and Southeast Asia to dwindle to dangerously low numbers. 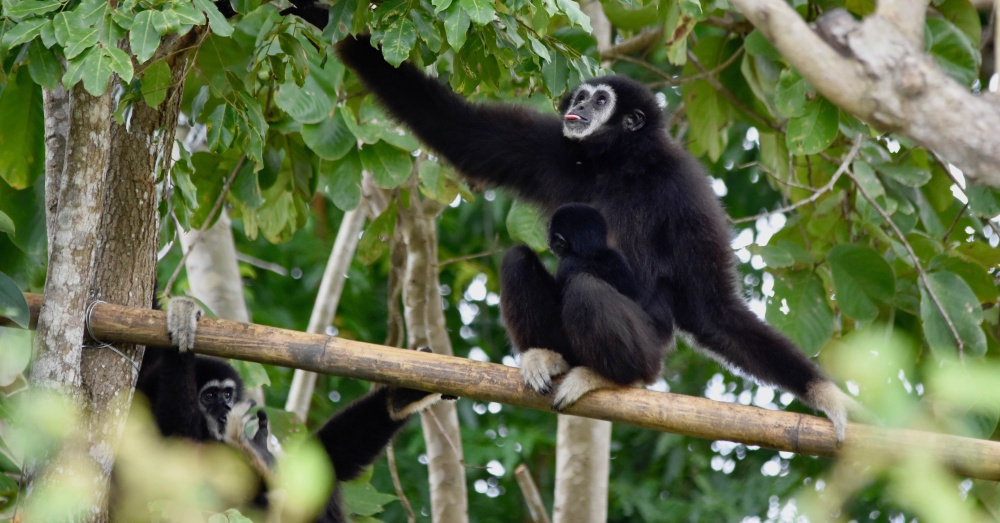 Fortunately, a family of four white-handed gibbons — named so for their white hands, feet, and faces — have been given a second chance at life by the Wildlife Friends Foundation in Thailand.

The non-profit organization has long sought to recreate a natural environment for rescued animals, including 19-year-old Dome and Bam, a 17-year-old gibbon being kept illegally in Bangkok as a pet. The adorable pair is now parenting four-year-old Bowie and Stardust, who was only born in February. 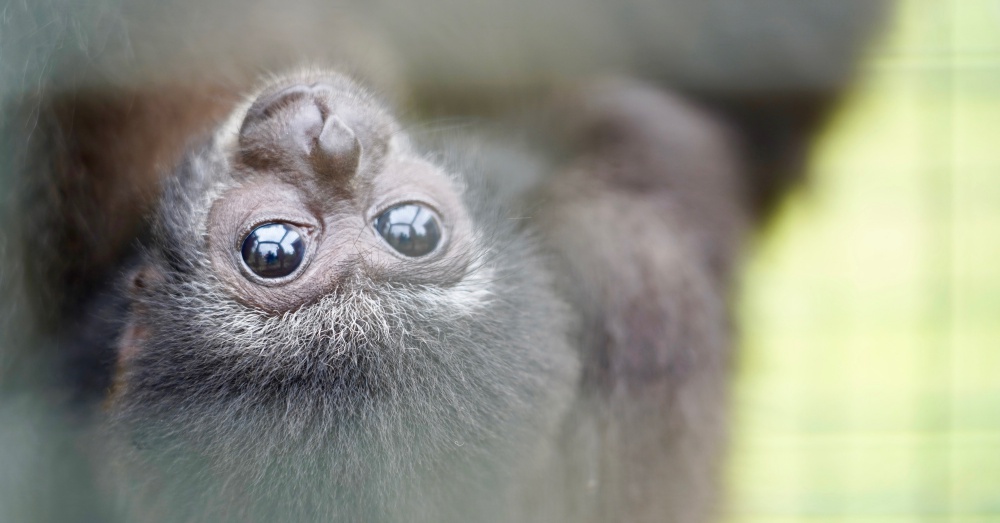 Last month, WFFT decided the gibbon family deserved a bigger home, which — in gibbon speak — means lush jungle with lots of room to roam. Suitable space was found on a nearby island and promptly outfitted with a bamboo jungle gym, rope swings and barrels placed high in the trees for shelter. 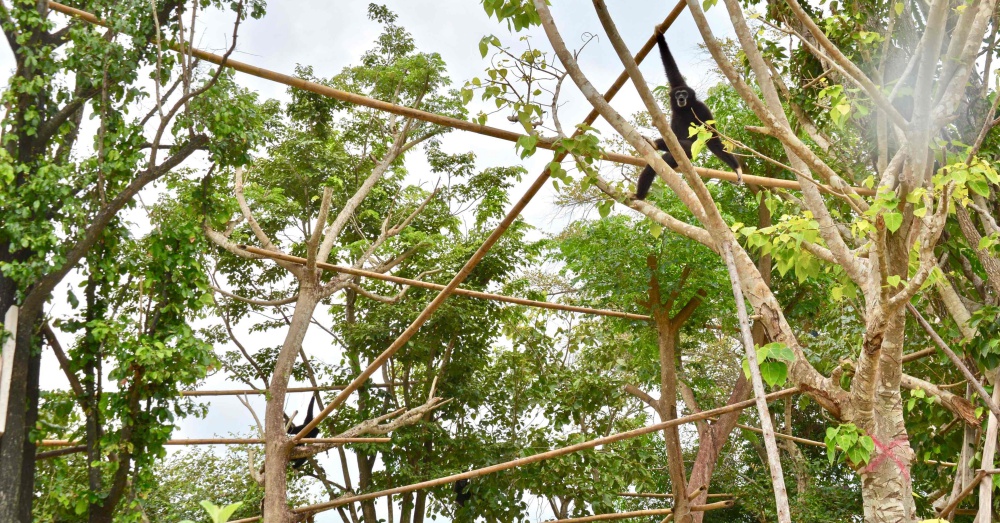 Even WFFT’s rescued elephants — which remain similarly threatened by habitat loss and poaching – joined in, helping to clear the area of logs, branches and weeds along the shore. Unlike some monkeys, gibbons and apes don’t really like water — and they don’t know how to swim. The fear was that Dome, Bam, Bowie and/or Stardust might mistake the waterborne debris for firm land and fall into the sea.

The goal is for the family to live as independently as possible in their new home, which is one of 6 such rehabilitation zones in the area, but vets will also visit once a week to make sure everybody is healthy and eating well. Regardless, the gibbon family is thrilled by their new digs, as you can see by the following GIF!

Check out Dome’s “freedom boogie” below!