The Marvel Universe isn’t exactly overrun with stray dogs, but that doesn’t mean they aren’t capable of crimefighting.

A new program in Thailand is co-opting urban stray populations as canine sentinels, outfitting them in “smart vests” capable of transmitting alerts and surveillance data back to law enforcement, the Washington Post reports.

Originally conceived by the Cheil advertising agency, a subsidiary of South Korea’s Samsung Electronics, and developed with help from the Soi Dog Foundation, the smart vests were deployed in March, and the strays have since more than lived up to their municipal moniker, “The Watchdogs.” 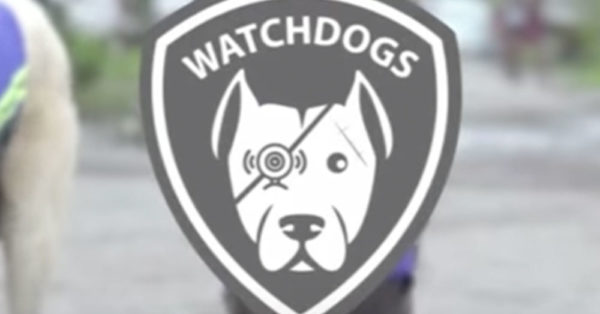 “What we want to emphasize is that stray dogs can be useful, and they can live together with the community,” says Cheil’s Awika Suyasit. “Because every dog already has instincts to protect their territory and also their masters, we decided it would be more convincing to people if we created something that enhanced those instincts.”

Cameras on the dogs’ vests are activated by heightened barking patterns and subsequently stream the footage in real time to a monitoring center or smartphone. 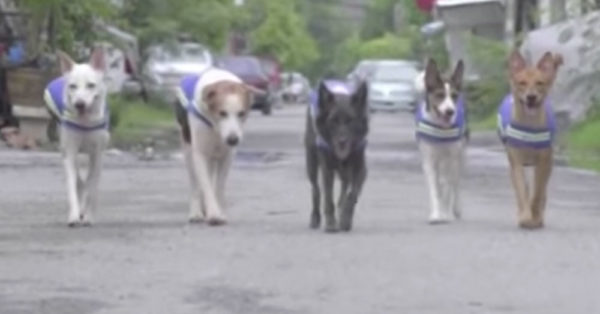 “Normally, a dog will use different voices on different things,” Suyasit said. “It’s the way theyre used to communicating. So, we have programmed it to detect only when they bark with certain voices, such as aggressive barking or when they feel insecure.”

Working with the Soi Dog Foundation, the program will hopefully direct attention to the stray dog population in Thailand and increase adoption rates. While it’s still too early to tell whether the project will work consistently, it’s a move towards changing the public perception of homeless animals. 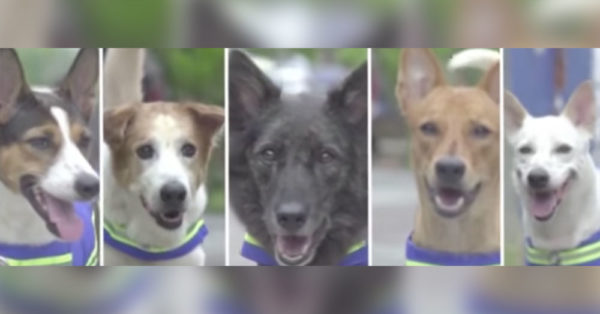 Now the dogs just have to learn how to capture the best footage.

“We did try to make the vest as light and as comfortable as possible, Suyasit said. “At first, they might feel a little bit strange, but after a couple of times, they get used to it. It’s no different from typical dog clothes on the market.”