Three rescue dogs, one dad and two pups, were surrendered to Dr. Dolittle’s Rescue Ranch in McAllen, Texas, and went on to find separate forever homes. But fate brought the family back together over 1,000 miles away.

The Texas dog rescue is open to adopters from all over the country. Their goal is to find the best possible fit and that is exactly what Marvin, Leo, and Murray found – in the same zip code. 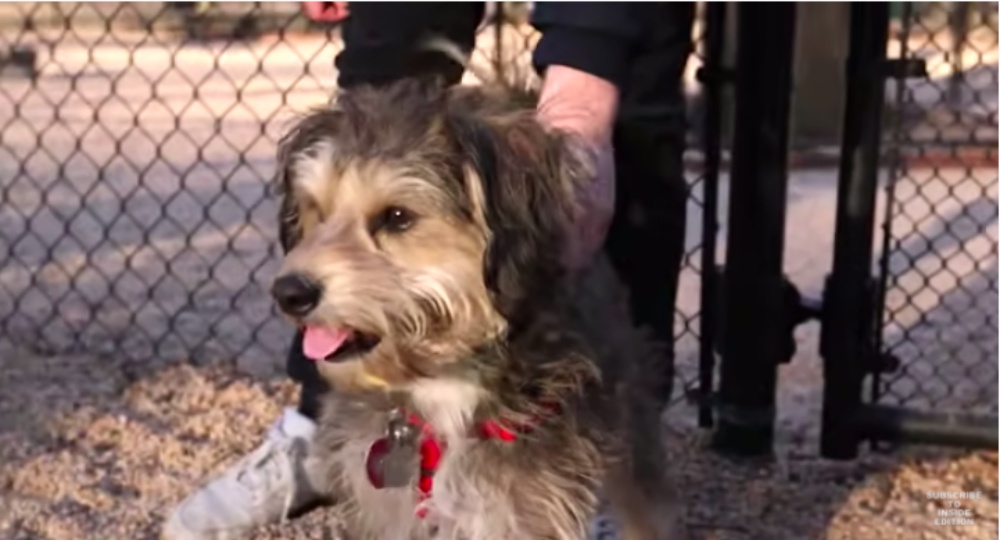 Marvin, the dad, was adopted by Mattie Kahn and Jason Hellerstein and lives in the Upper West Side of New York City.

Leo went to live with Tara Derington, who also resides in the Upper West Side. After hearing his brother Murray still needed a home, Derington convinced her friend, Anne Sachs, to adopt him. 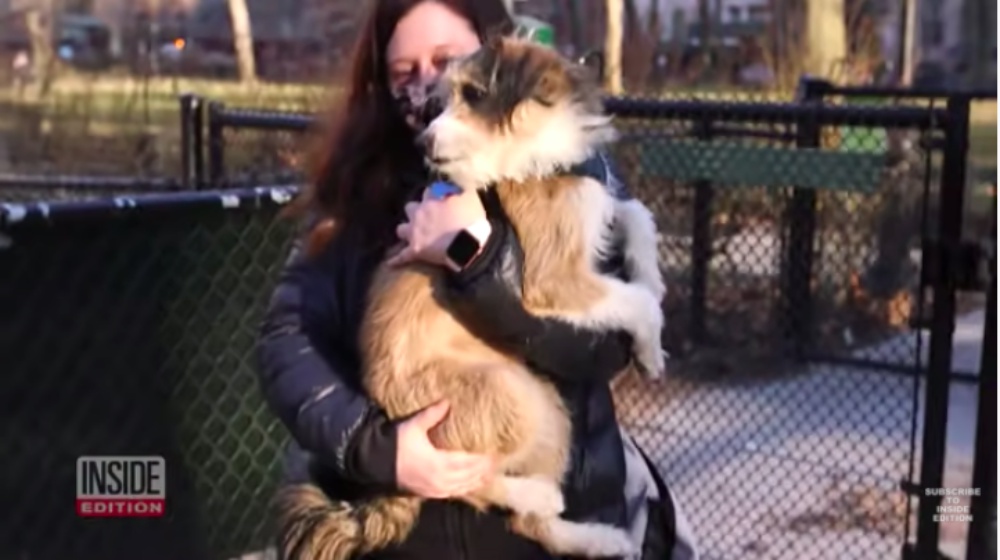 While the friends, who live just 20 blocks apart, were thrilled to have playdates for the brothers, they never expected to run into their dogs’ dad.

One day after leaving the groomers, Jason was walking Marvin home when the dog stopped and started to sniff another dog…fate had just stepped in.

Mattie Kahn took to Twitter to tell the unbelievable tale and says she is undecided if it should be a “Metropolitan Diary, a Pixar film, or a children’s book that I simply must write.” 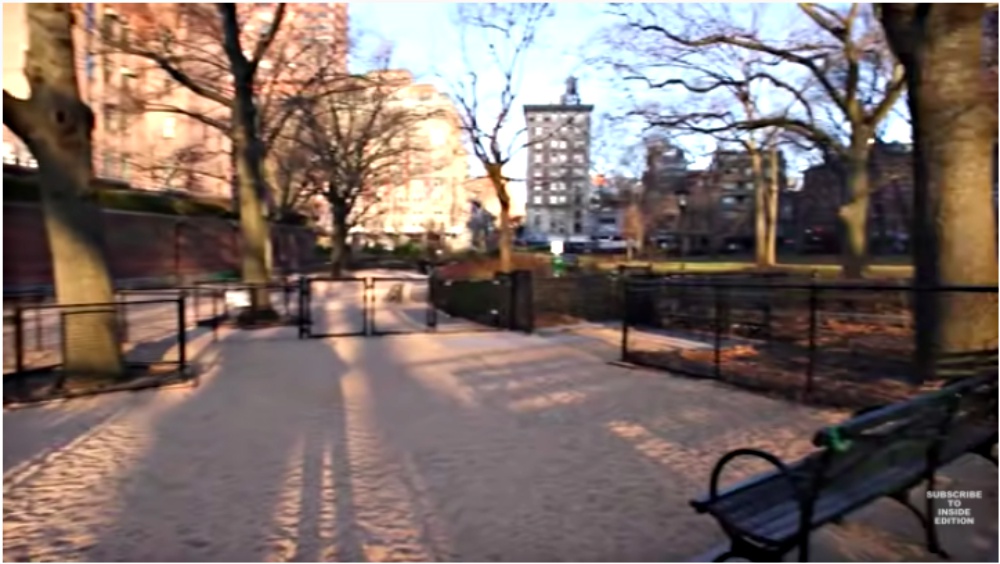 Gather round for an unbelievable tale of dogs, DNA, and chance encounters. A few hours ago, Jason went to pick up our dog Marvin from the groomer. On the way home, Marvin starts sniffing a dog on the corner. Jason and the owner of that dog stop to chat.

“She asks Jason what kind of dog Marv was, and Jason tells her he’s a rescue from Texas. Mine too, the woman replies. Where from? Jason gives the name. *What* goes the woman. Her dog is ALSO from that rescue. WAIT goes the woman, what was his name before he was adopted?”

The story continued with, “Jason tells her. “Oh my god,” she responds. “This is his SON.” She had applied for our dog but didn’t get him. Instead she got his CHILD and convinced her friend to adopt MARVIN’S OTHER SON, who now lives with her friend 20 blocks south.” 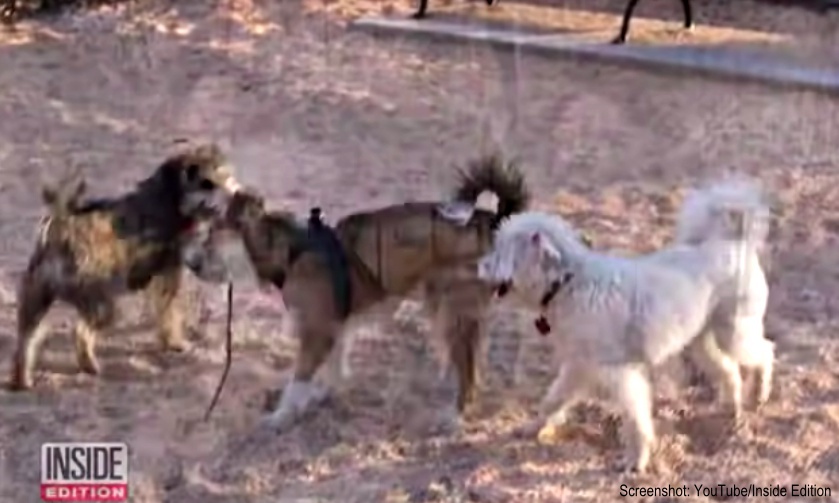 The couple was shocked by the great news and Kahn wrote, “We had no idea Marvin even had sons!”

A playdate was set to allow the dogs to see each other again.

The three dogs reunited in a dog park near New York City’s Museum of Natural History on Sunday. There was endless tail wagging, sniffing, and romping. 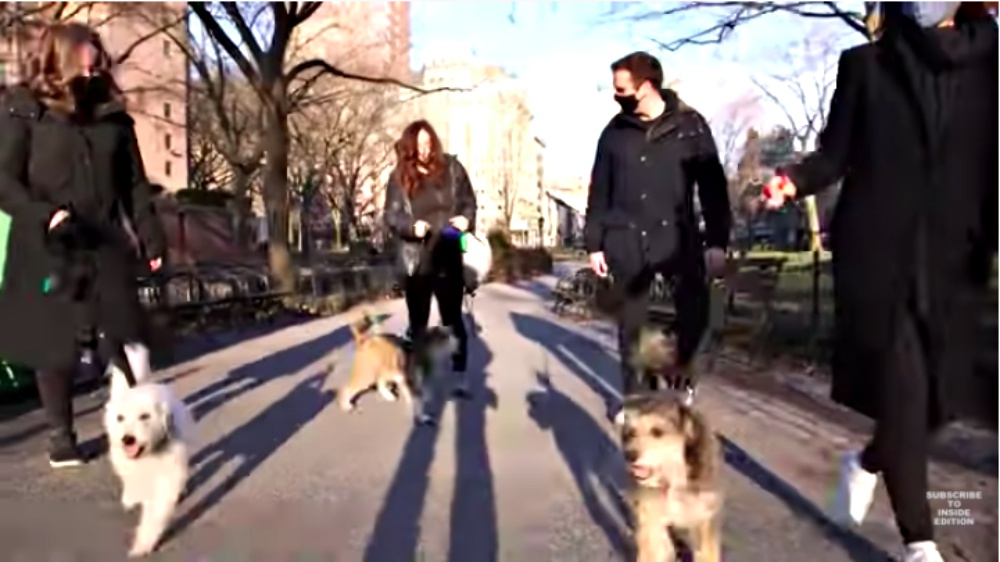 The rescue was ecstatic about the dog reunion and tweeted, “How small our World is and that all us dog lovers have some type of unspoken bond brings us together.”

Inside Edition met up with the trio and captured their playdate in the park. Check it out below and don’t forget to share!