Everything is bigger in Texas, and in the case of animal hoarding situations, that’s sadly true.

On Saturday, Jan. 6, The SPCA of Texas rescued 140 animals from a puppy mill in Fannin County. Most of the animals were dogs, and 21 of them were young puppies, but there was also a pair of cats, the Dallas News reports. The Fannin County Sheriff’s Office was tipped off by a Child Protective Services agent, who had visited the address for a separate issue. 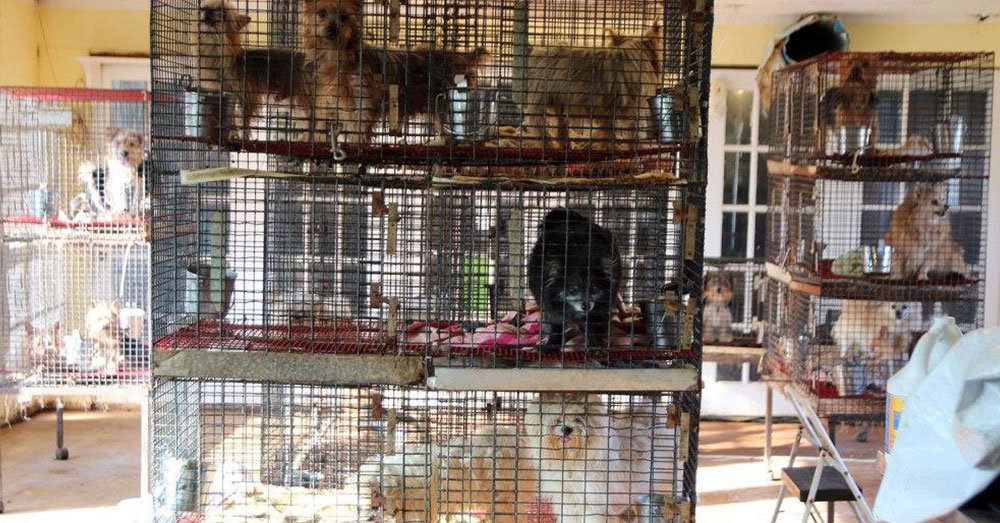 The SPCA of Texas transported the animals to the Russell E. Dealey Animal Rescue Center, where they are being examined by medical staff and cared for until a custody hearing takes place. 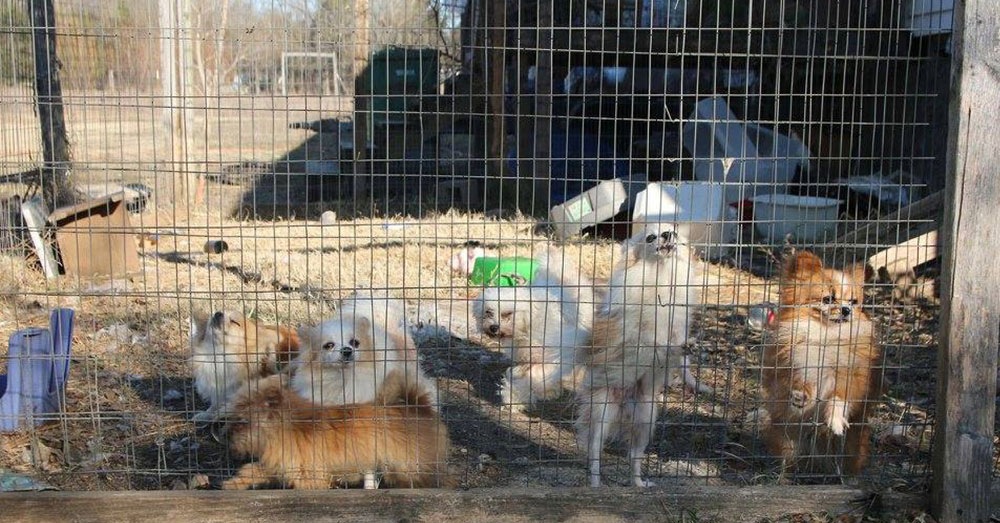 “More than 30 dogs were housed inside the residence on the property,” the SPCA of Texas posted to Facebook. “Most of the animals were housed in a structure behind the residence, and were all found living in filthy cages, crates and kennels, up to three dogs in each.” 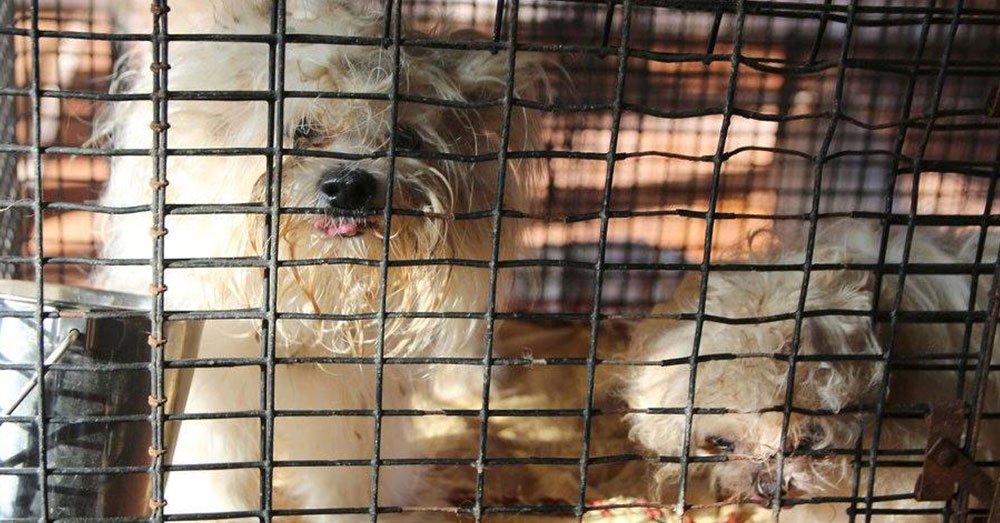 The makeshift shelter was infested with cockroaches, many which were found crawling on the animals, the SPCA continued. In one room of the facility, crates of animals were stacked on each other, and the suffering dogs inside were covered in feces and urine. 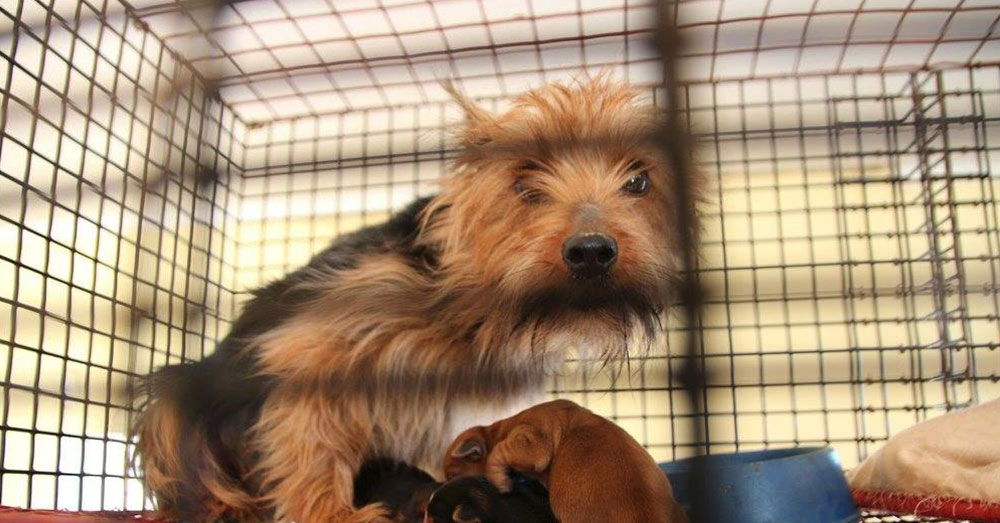 “In another area, a makeshift run of feces- and urine-filled pens held the majority of the dogs,” the SPCA of Texas wrote. “The entire structure was coated in feces and drenched in urine, and the stench of feces and urine was so strong that it caused investigators to gag and could be smelled from well outside the structure.” 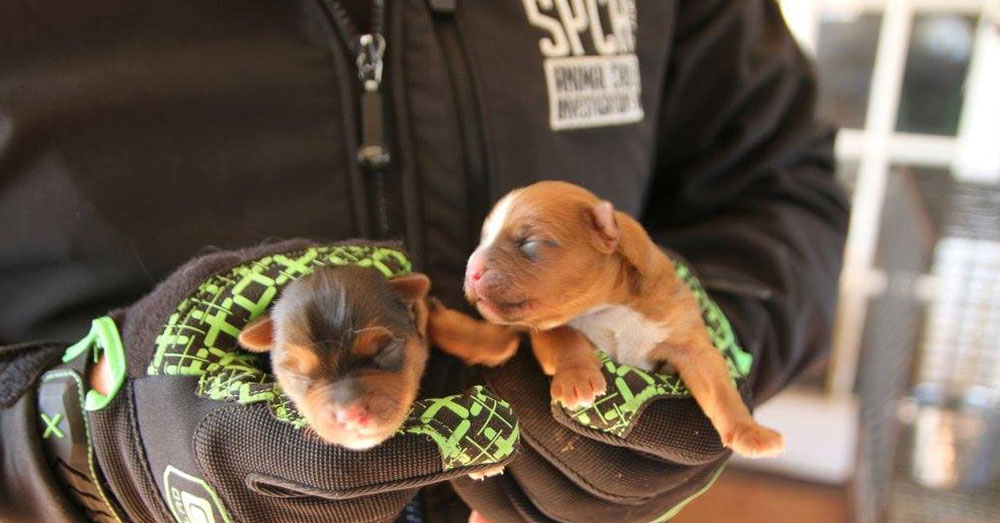 The rescued animals are now being treated for matted fur, fur loss, fleas, dental issues, long nails, ear issues, tumors, and other health issues. Several of them were pregnant when they arrived at the rescue center, and one has already given birth to a puppy. 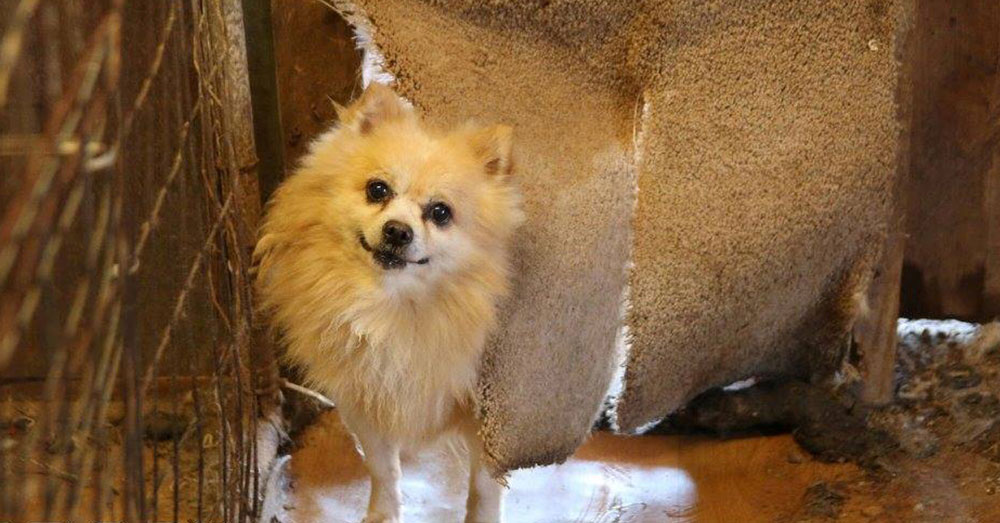 Meanwhile, Fannin County investigators are deciding what to do about their former owner. No criminal charges have been filed yet. The owner of the property made it clear to officers that the animals were intended for sale, but it is unknown whether or not the operation was licensed, as required by Texas’ Large-Scale Commercial Dog and Cat Breeder Bill. 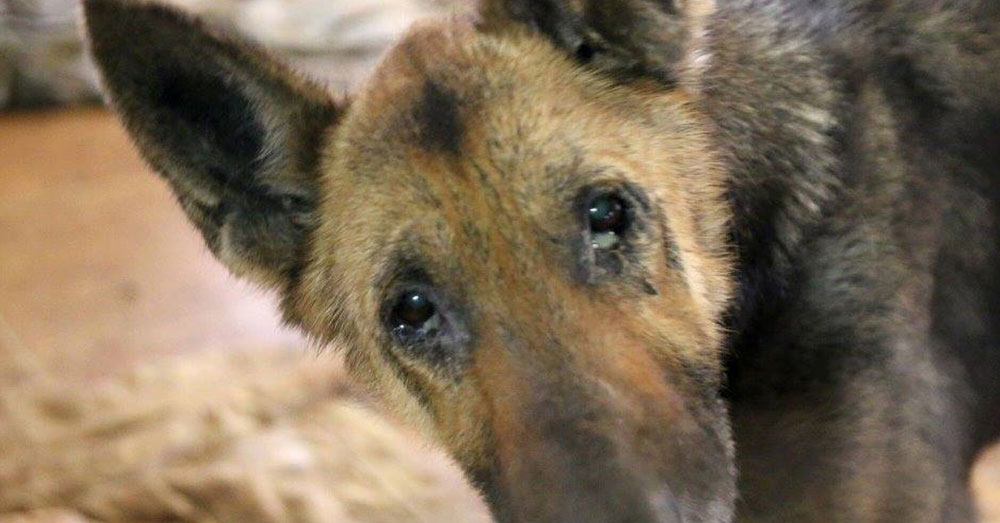 If criminal charges are brought forth, it’s likely the animals will be surrendered, as well. 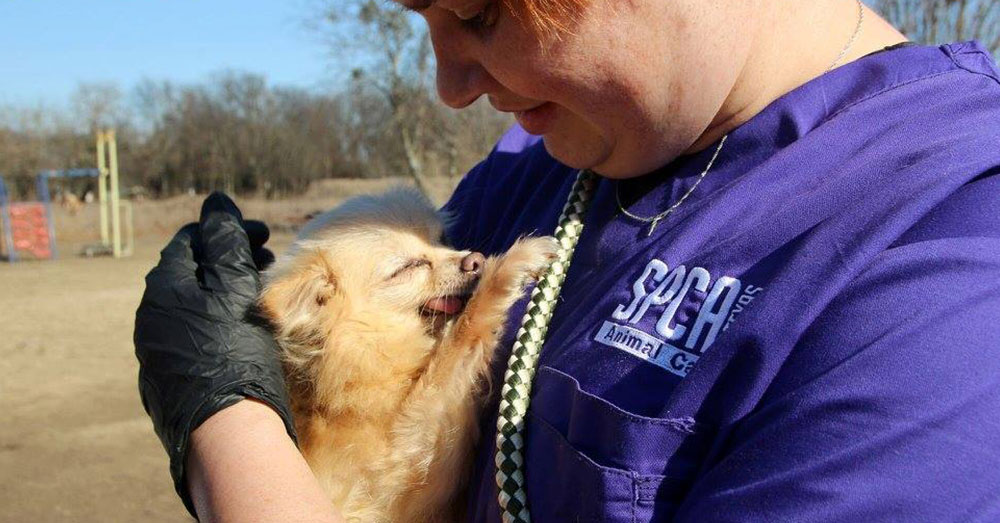 Those interested in helping animals escape abusive situations can still do their part to help. Hoarding cases touch on a deeper issue that many are hoping to remedy with new legislation. Click the button below to sign our petition and keep animals out of the hands of those who abuse them!