Accidents happens, but mishaps can also be avoided when common sense prevails.

Police in Plano, Texas, are reminding locals to practice gun safety after a man was shot in the leg by his own dog. “Imagine having your pistol tucked inside your waistband and while picking up your dog, a paw gets lodged in the trigger and fires the weapon, sending a bullet into and through your thigh,” the Plano Texas Police Department wrote on Facebook. “Well, that happened here in Plano.” 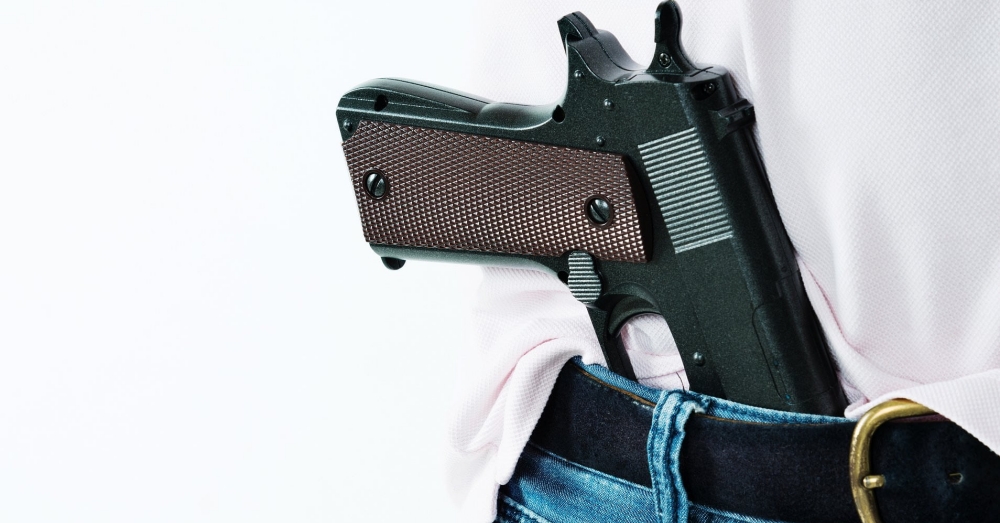 The dog’s owner is expected to make a full recovery, according to police, who noted that the dog managed to fire off a clean shot. But many people were equally (if not more) concerned about this welfare of this poor dog, who was clearly endangered by his owner’s poor judgement and reckless behavior. “If you carry a gun like this, I’m not empathetic on your leg getting shot,” one user wrote. “You’re just an idiot.”

“Getting shot in the thigh should be the least concerning aspect of this post,” another user noted in the comment section. “Glad the dog didn’t get hurt,” a third person agreed in widely-liked comment that reflected the overall sentiment of this virtual discussion. 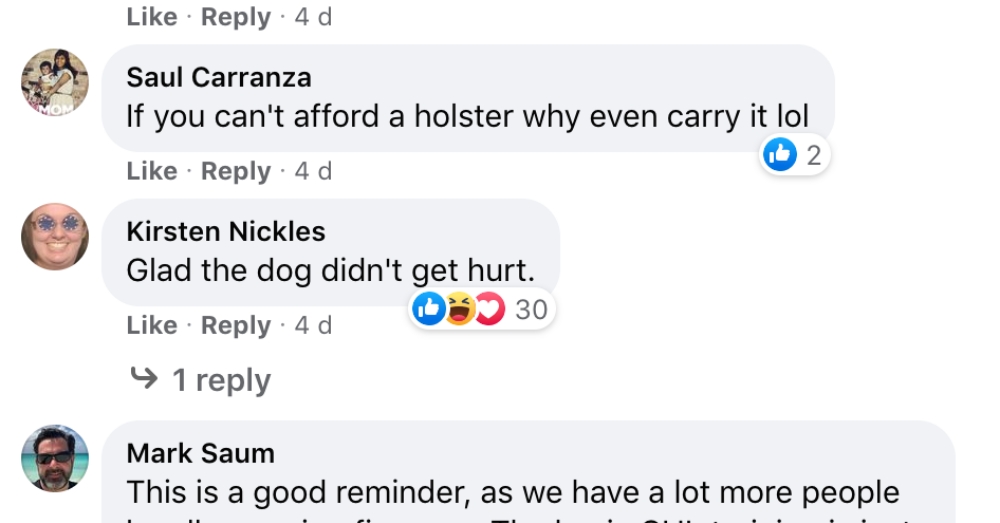 Regardless, police used this strange case as an opportunity to remind people to practice common-sense gun safety. “If you have a License to Carry, we ask for your safety and the safety of others, be responsible,” officers pleaded. If you have a gun, kids, and/or animals in your home, please review the following gun safety tips from the Plano Texas Police department: 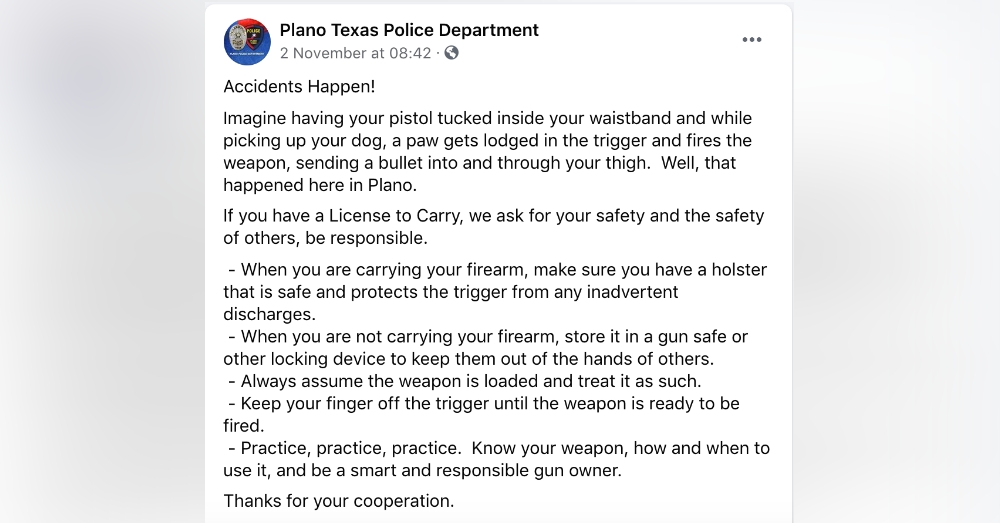 -When you are carrying your firearm, make sure you have a holster that is safe and protects the trigger from any inadvertent discharges.
-When you are not carrying your firearm, store it in a gun safe or other locking device to keep them out of the hands of others.
-Always assume the weapon is loaded and treat it as such.
-Keep your finger off the trigger until the weapon is ready to be fired.
-Practice, practice, practice. Know your weapon, how and when to use it, and be a smart and responsible gun owner.