Van Zandt County Sheriff’s Office and SPCA of Texas arrived on self-described sanctuary, Over the Moon, in Canton, Texas to a horrifying scene. 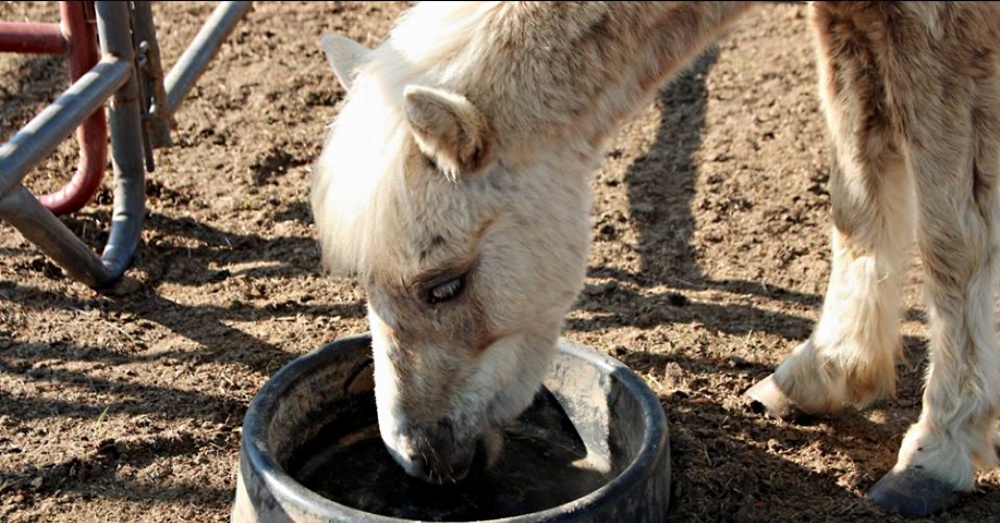 50 horses were found dead in different states of decomposer on one part of the property. In a large pasture with no access to food or water they found 35 horses, nine donkeys, and one longhorn. The animals were starving and resorted to eating the bark from the trees. Leaving almost all the trees bare. 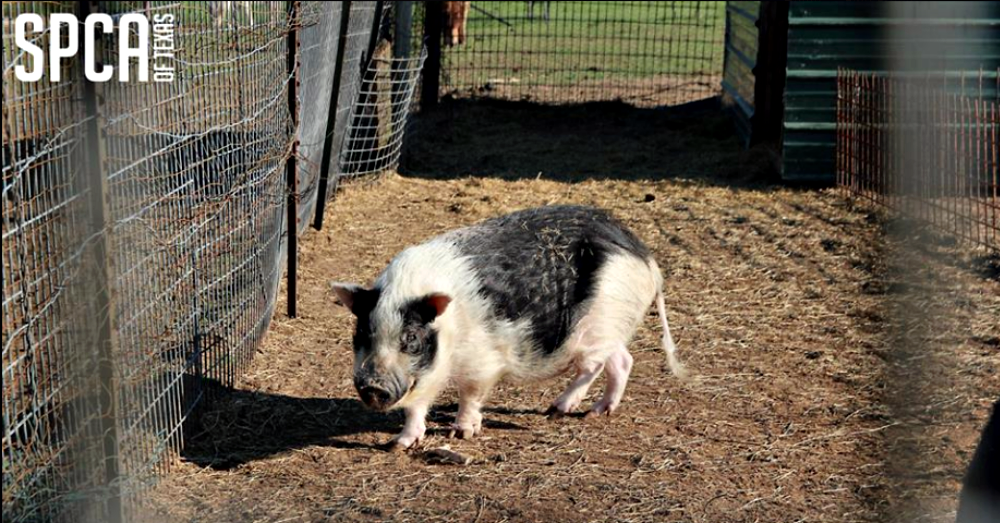 In a small wire pen they found six pigs with no food. A short distance away, in two small pastures were 35 more horses that were starving and suffering from other issues. Upon closer examination they discovered all the animals suffered from malnourishment, open sores, nasal discharge, diarrhea, hair loss, overgrown and cracked hooves, fly bites and other injuries. 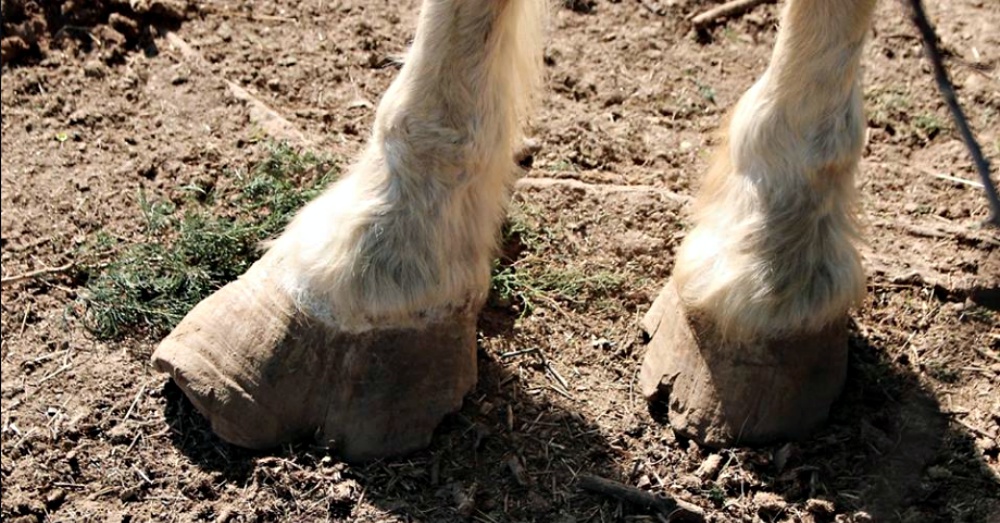 SPCA of Texas visited the property on March 3, after a complaint came in of suspected cruelty. According to DailyMail, “The SPCA of Texas started working with the owners to educate them on the proper feeding and care of horses and had them agree to bring the animals’ conditions into compliance with Texas Health and Safety Code.” 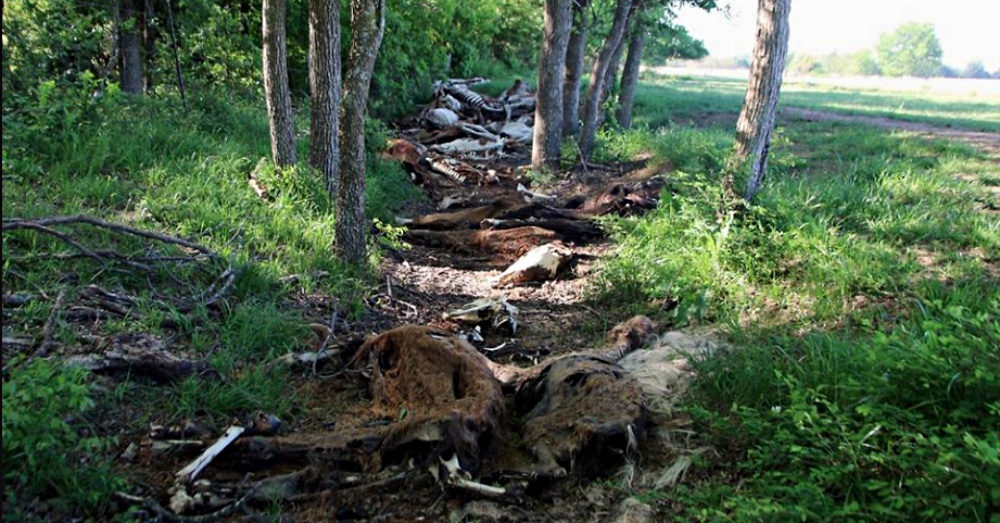 The authorities were not aware of the dead horses on the property at that time. Two weeks later the SPCA returned to check in on the animals. Two days after that check up a complaint came in saying 50 horses were dead at the property. The SPCA contacted the local police and immediately went to the property with a seize warrant for the remaining animals. 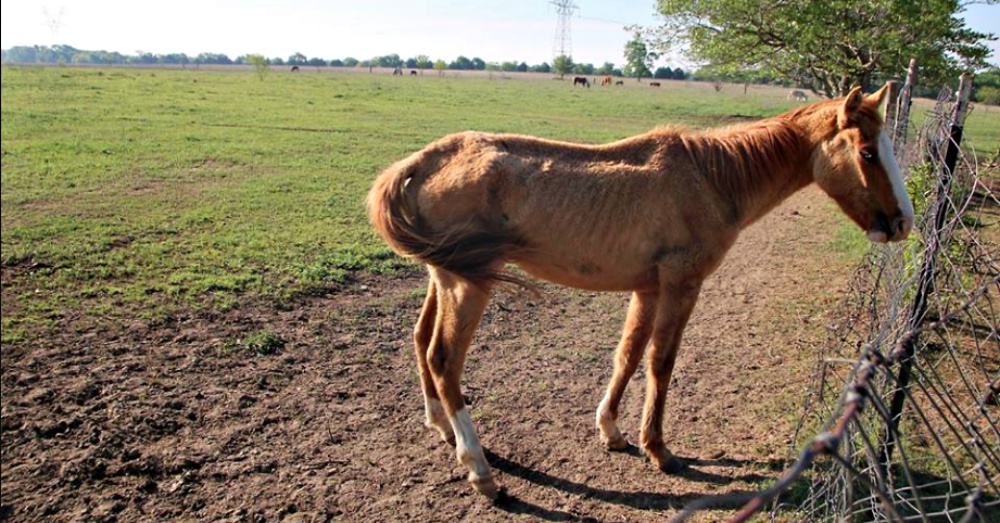 Necropsy is being performed on one of the deceased horses to figure out the cause of death. No arrests have been made at this time. However, the authorities are compiling information and will have a hearing next week.

Meanwhile, the rescued animals are being cared for at local shelters and getting the medical care they need.

Help horses in Ireland that are dumped in a field to die. Share and sign the petition below. Together we can make a difference.

Demand Justice For The Horses Abandoned To Die In Ireland

Dogs, cats, goats, and countless horses have been slaughtered or left to die on 80 acres of land owned by the Irish National Asset Management Agency. Meanwhile, reports of animals being beaten and ruthlessly tortured by teenagers and adults have been met with little action from local authorities.
Stand by the horses of Ireland, and demand their protection today!
Make a difference!