This Dying Dog Was Cruelly Dumped By His Owners. Now Rescuers Seek A Foster Family To Show Him Love In His Final Days

When rescuers discovered an Italian mastiff all by himself on a Massachusetts beach, they guessed the dog had been abandoned. “I do think he was dumped. I don’t think he could walk there on his own,” an animal control officer, Cindy Berard, told WJAR. “When I went down there, he was actually standing on the rocks in the water, which was weird and he looked stuck like he was kind of lost.”

The Massachusetts woman assumed the sick dog, whose bloated and flea-bitten body was covered in bumps after living in an undersized cage, was probably a “medical dump” — ie discarded like trash by somebody unable, or unwilling, to pay for his care. “He was so weak he couldn’t even get into the van,” she said. 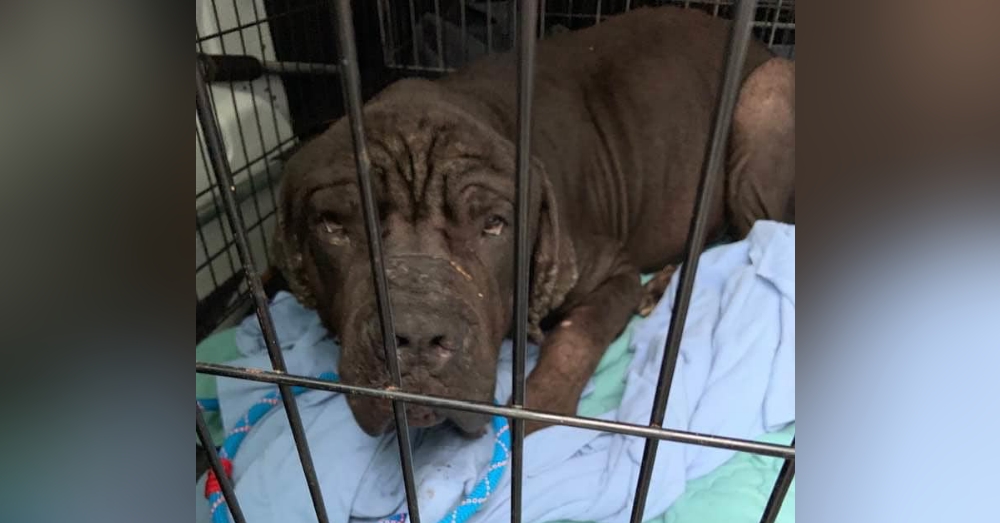 Berard immediately texted her co-workers at the Forever Paws Animal Shelter with a picture of the sick dog. “I said, ‘This one made me cry’,” she recalled. “But I knew he would be in good hands here at the shelter.”

The gentle dog, now known as Pacha, spent the first 4 days of his post-rescued life receiving daily veterinary care, where doctors drained 12 pounds of fluid from his body. “His belly was really, really distended. He wasn’t really focusing and he was wasn’t acting normal,” remembered shelter director Arianna Silva.

But the biggest issue was the discovery of another medical condition and, sadly, Pacha’s prognosis wasn’t good. “He is in congestive heart failure and there’s no way to fix that,” said Silva, “so we’re going to treat that symptomatically and keep him comfortable.” 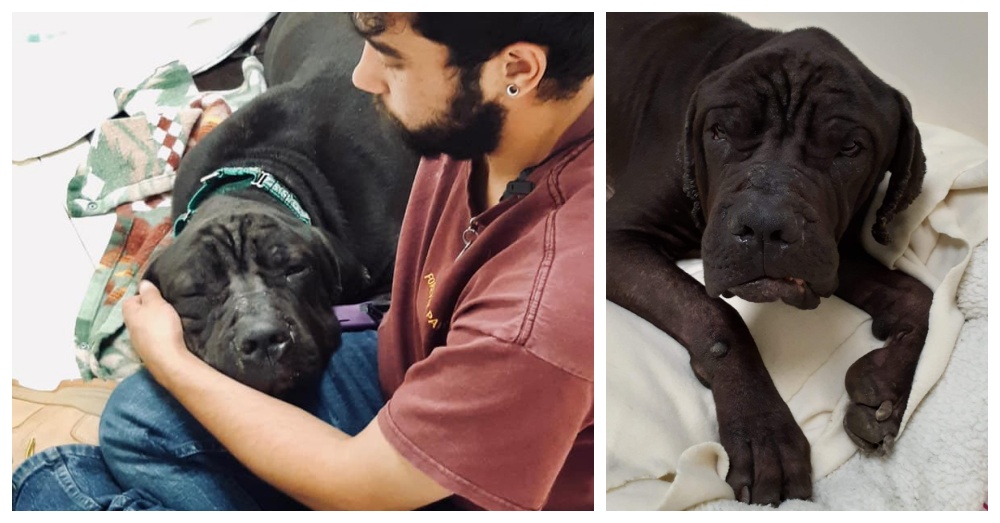 Forever Paws Animal Shelter is currently caring for this sweet dog, but hoping to find a foster parent willing to give Pacha a loving home in his final days. “Hopefully, we will find someone that lets him live out his life whether that’s three weeks, three months, three years. No matter what it is,” said Silva.

“He would make a great pet for anyone,” agreed Nolan Ferreira, an animal care specialist helping to care for the 3-year-old dog, who is responding well to treatments. “He’s a friendly giant, he’s such a love bug.” 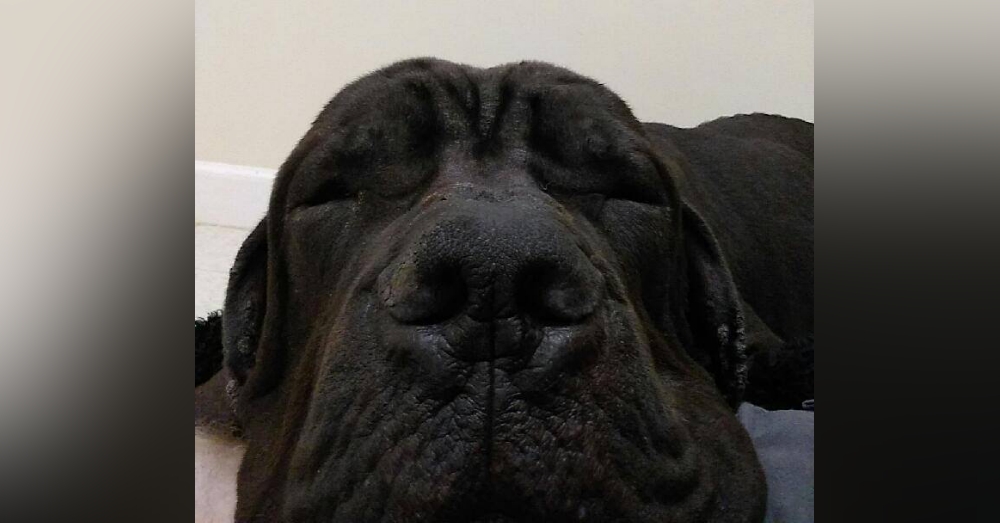 Of course, Pacha’s health issues have left rescuers seeking a very special foster family, one who can administer medications, take Pacha to follow-up appointments (and the hospital if needed), doesn’t have kids or other pets, and won’t leave him alone for long periods of time.

“He can’t run and play and do all kinds of things that normal dogs can do, but he can have a good rest of his life no matter how long or short that is,” said Silva, whose organization will cover all of the costs (including his special diet) associated with Pacha’s foster care. “He didn’t have the best start, so we’re just hoping someone is gracious enough to step up so he can have a better second part of his life.”

Please contact Forever Paws Animal Shelter if you would like to fill out an adoption application or make a donation to help support Pacha’s care.

Please spare a moment to meet Pacha…he was abandoned at Dave’s Beach in Fall River, he was just left there on the…