Police K-9 And His Partner Were Patrolling A Dumping Ground For Cars. Then, They Heard Rustling..

Three puppies were desperate and hungry in a remote dumping ground, when an officer of the K-9 kind came to the rescue. Georgia State Patrol K-9 Officer, Tek, and his partner, Trooper Jordan Ennis, were on patrol when they noticed the pups in the brush of the woods. The dumping ground is known as a place where criminals trash their stolen cars, but Tek and Officer Ennis pulled over and saw puppies cowering over each other for warmth, desperate for a helping hand. In that particular part of the woods, it was clear that these puppies were abandoned by an awful person. So Officer Ennis and Tek jumped into action and took them back to their patrol car, rescuing them from the cold woods. The sad look on these dog’s faces absolutely rips me apart inside! 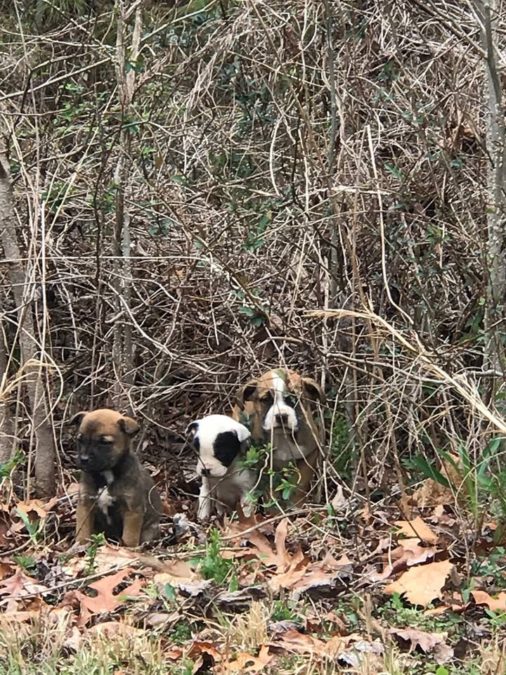 Tek stayed with them all the way back to police headquarters, when they jumped right into their adopter’s arms. The Georgia Department of Public Safety wrote on Facebook that “[ Officer Ennis] knew no one was coming for them, so he and his K-9, Tek, brought the puppies to Headquarters where they were all promptly adopted.” When the puppies were brought back to headquarters, how could anyone in the office say no to these adorable puppies? The GDPS also included in the post that “A Trooper never knows what he may encounter on a shift, but a day with puppies is a good day.” It’s not just a good day, it’s a great day! Thank you to Tek and Officer Ennis for all the great work they do! 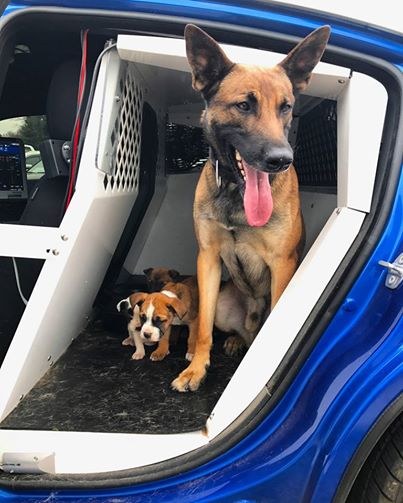