Young Girl Watches Garbage Bag Thrown From Vehicle, Then It Starts Walking Toward Her

While outside playing, Malory, a 12 year old girl, noticed a passenger in a vehicle throw out a bag of “garbage.”

Turns out, it was a dog inside a garbage bag! How horrific!

Malory screamed for help when she saw the garbage bag walking toward her. Inside was an innocent pug in poor health. 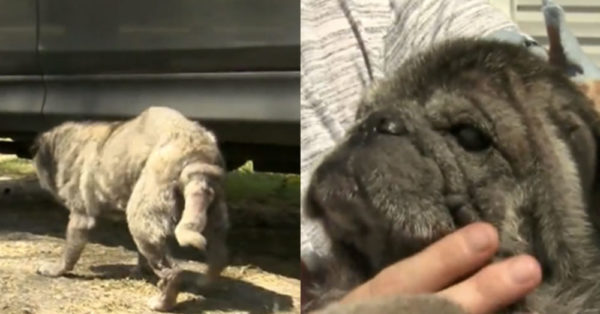 Now named Teddy, the dog is responding well to treatments. He will never have to be exposed to that kind of abuse again!

Watch the whole ordeal in the video below!

Three Words Are Whipping Reddit Up Into A Feline Frenzy: ‘Find My Cat’