A Soldier And His Military Dog Were Separated After Retirement. Their Reunion Will Give You Chills!

Taylor the yellow Labrador Retriever, also known as Tay Tay or Princess Taylor, has served in the military all her life, including two deployments to Afghanistan, and was so great at her job that the Taliban had a bounty on her head.

When dogs like Taylor are done with their service, they’re normally put up for adoption. Their handlers get first dibs on them, but adopting them isn’t always feasible, sometimes costing thousands of dollars. Enter Molli Oliver, a veteran flight attendant for United. She flies military dogs to their handlers on her own dime to reunite them for the first time in months or even years. 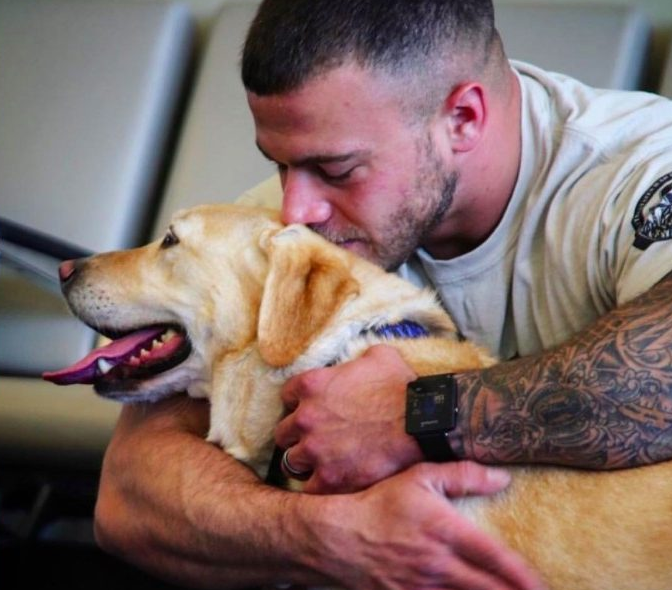 She has already reunited four veterans with their dogs at her own expense, and now, it is Taylor’s turn. Taylor had grown incredibly close with her handler, Sergeant Tom Hansen, and the two have saved each other’s lives countless times. He protected her from fire fights while she alerted him of the IEDs under his feet. Since retiring from the military, Hansen and Taylor were forced to go their separate ways, but now thanks to Molli, the two get to spend the rest of their days together. 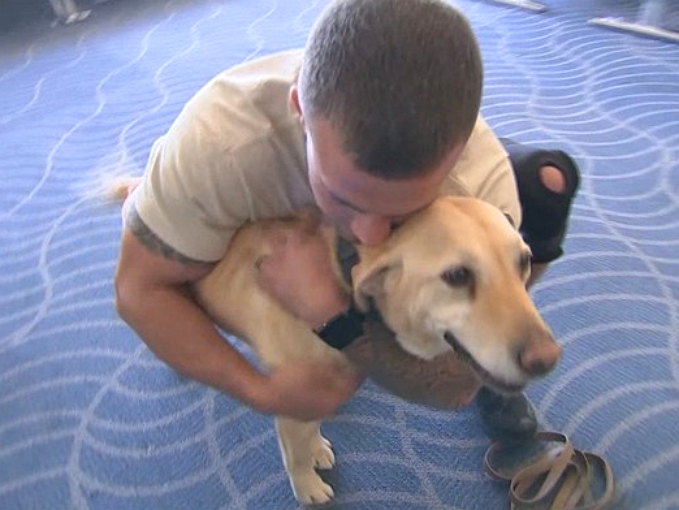 Watch their beautiful reunion in the video below: