When Tater Tot was born, the deformities in his front legs were so severe a veterinarian recommended euthanizing him.

Thankfully someone had a better idea. 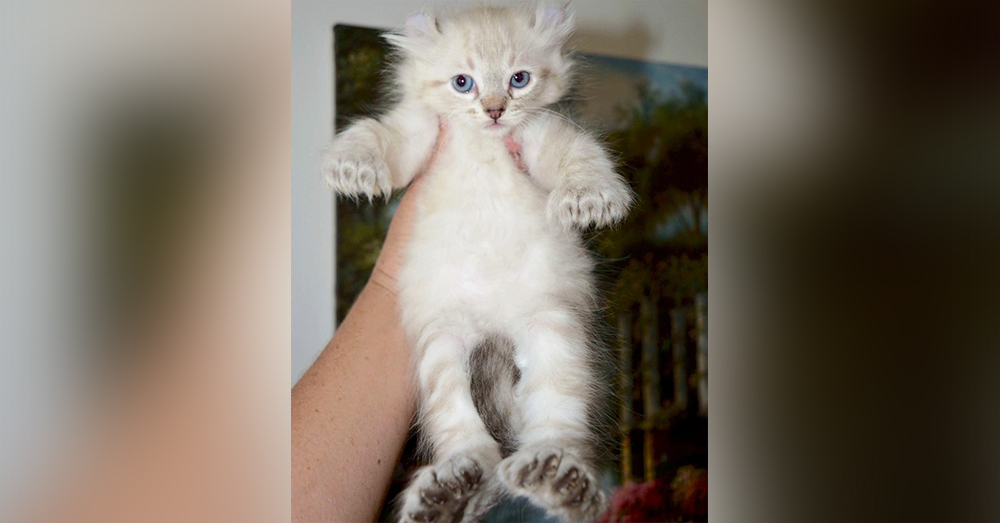 Source: Instagram/totallytater
Tater Tot suffers from radial hypoplasia, which makes it hard for him to use her front legs.

“He was diagnosed with radial hypoplasia, which is when the radial bones in the forelimbs are too short. In some severe cases, this is known as ‘twisted legs syndrome,'” DeAmor told Love Meow.

It doesn’t hold Tater Tot back from anything, and the little kitten is quite as vocal as any other. He’s even got a few extra toes to help him along! 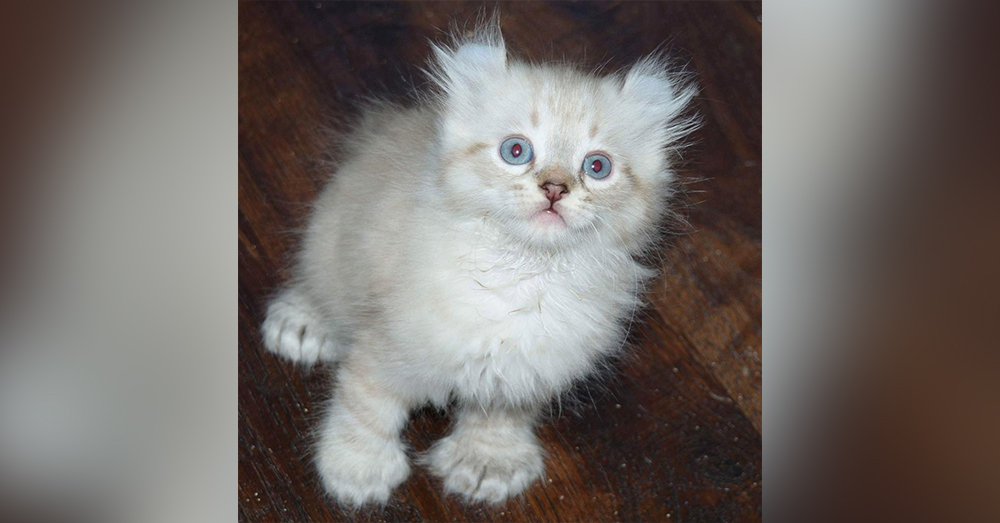 Source: Instagram/totallytater
Without the help of a foster human, TaterTot would have been euthanized.

Tater Tot is also a polydactyl cat, which means he’s got more digits than most cats.

“He is a very needy kitty who screams 24/7 for attention and food,” DeAmor said. “The second you stop petting him, he cries.” 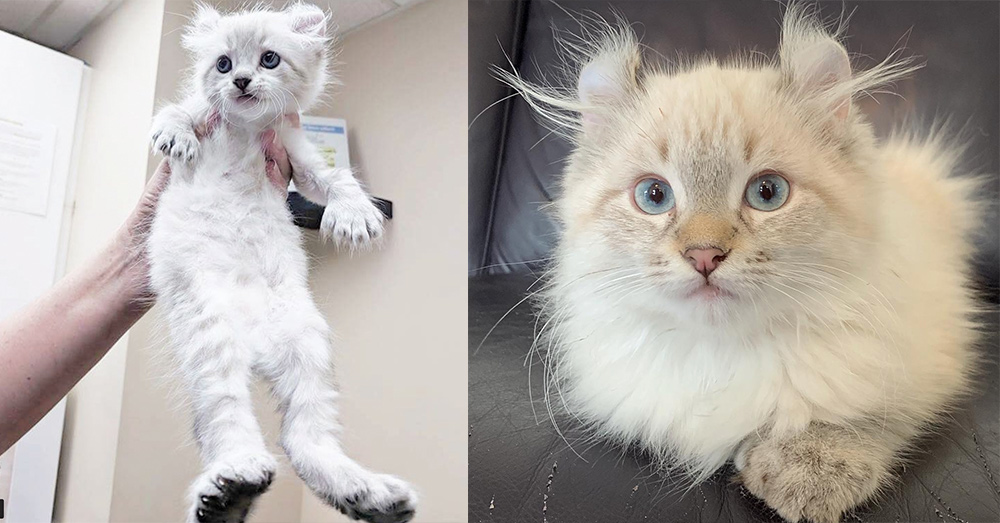 “They took to each other pretty much immediately. Wolfie gave him the standard sniff test and Tater loved having a friend,” DeAmor said.

This is my hungry scream before I was weaned.

Ever since, Tater Tot has not left Wolfie’s side. The two are inseparable.

“Tater loves other cats (especially Wolfie) and starts purring right away. He loves to be snuggled and his chin rubbed,” DeAmor said. “He makes biscuits with his paws while he walks. He’s a total purr machine.”

We made it home safely! This was 10 minutes later after I ate and used the litter box. Mama’s exhausted but she wanted me to tell you thanks for all the love, nice comments, and compliments! ❤️ She’s exhausted but she’ll post more tomorrow. 😺 She said I did so good on the plane and I did. I was calm and lovable the whole time and made lots of biscuits with my huge special paws. I didn’t cry at all! I’m a good boy! Hope you like the video! 😽😽 #radialhypoplasia #polydactyl #rescuekitty #highlandlynx #specialneeds #perfectlyimperfect

Without DeAmor’s help, neither Tater Tot nor Wolfie would have ever made it. Wolfie was also once scheduled for euthanasia, but the compassionate care of a foster human has ensured him a much happier life, filled with new friends.

Being a foster parent, DeAmor wasn’t prepared to keep Tater Tot forever. Wolfie and Tater Tot were able to spend a few wonderful weeks together, becoming best friends and even sharing toys. But, eventually Tater Tot was adopted out to a new home.

As predicted, Roo is my first best friend in my new home! The girls are still establishing their alpha status but they’re not being mean. No hissing or anything, they just keep their distance…..for now…. but I will make them love me!💙 With @roothekangaroocat #tatertot #adoptedbrothers #radialhypoplasia #perfectlyimperfect #rescuekitten #highlandlynx

Tater Tot’s new brother, Roo, also has radial hypoplasia. And like Wolfie, Roo has had no problem becoming best friends with Tater Tot.

Watch Wolfie and Tater Tot in the video below!