Until recently, the last time a Tasmanian tiger had been seen was in a museum in 1936. It was seemingly the sole representative of a species that had existed for about 4 million years until they were ousted from their territory by dogs and expanding farmland, and humans began hunting them as sheep-killing pests. However. a spate of recent sightings indicates that maybe that’s not true.

The Tasmanian tiger may not be extinct after all.

Details released by Tasmania’s Department of Primary Industries, Parks, Water and Environment (DPIPWE) include eight separate reports of thylacine sightings over a period of three years.

In 2017, a man driving through northwest Tasmania spotted a strange animal, possibly a thylacine, and “seemed certain that if it was a cat it was a bloody big one,” the Independent reports. 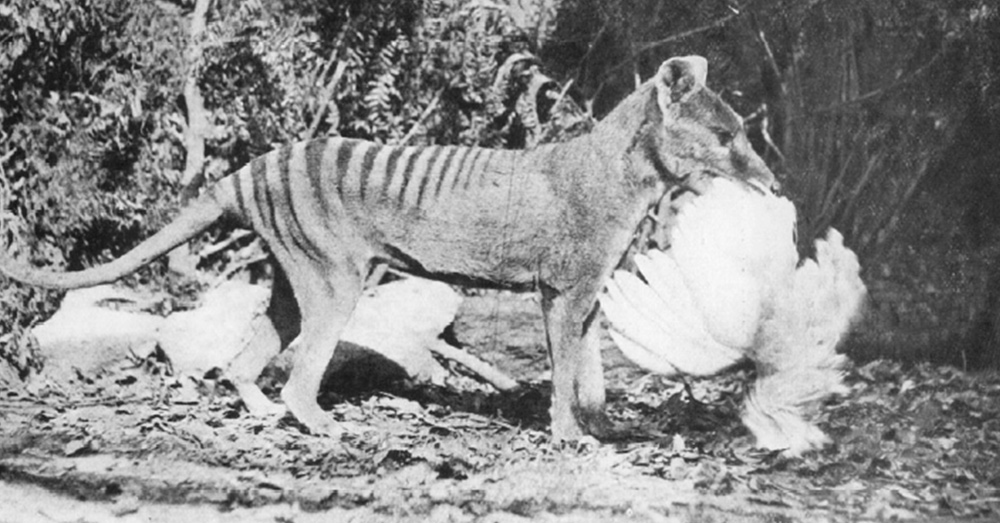 Source: Wikimedia Commons
The Tasmanian tiger was thought to have gone extinct in 1936.

Two Australians visiting Tasmania in February 2018 told the DPIPWE they came across a strange looking animal with a “stiff tail and a striped back,” CNN reports. They told authorities the animal “turned and looked at the vehicle a couple of times” and “was in clear view for 12-15 seconds.”

The couple said they were “100% certain that the animal they saw was a thylacine.” 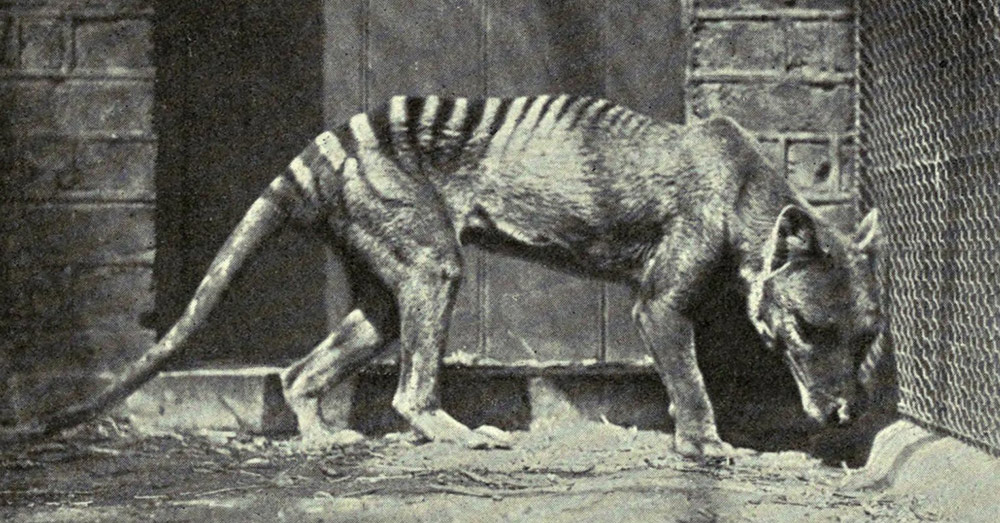 Source: Wikimedia Commons
Eight thylacine sightings have been reported since 2016.

Thylacines typically have yellowish brown fur, powerful jaws like a wolf or wildcat, and a pouch, like other marsupials, in which they carry their young.

Another sighting reported to DPIPWE described a “cat-like creature,” unlike any other native wildlife in Tasmania.

“I am accustomed to coming across most animals working on rural farms … and I have never come across an animal anything close to what I saw in Tasmania that day,” the witness stated. 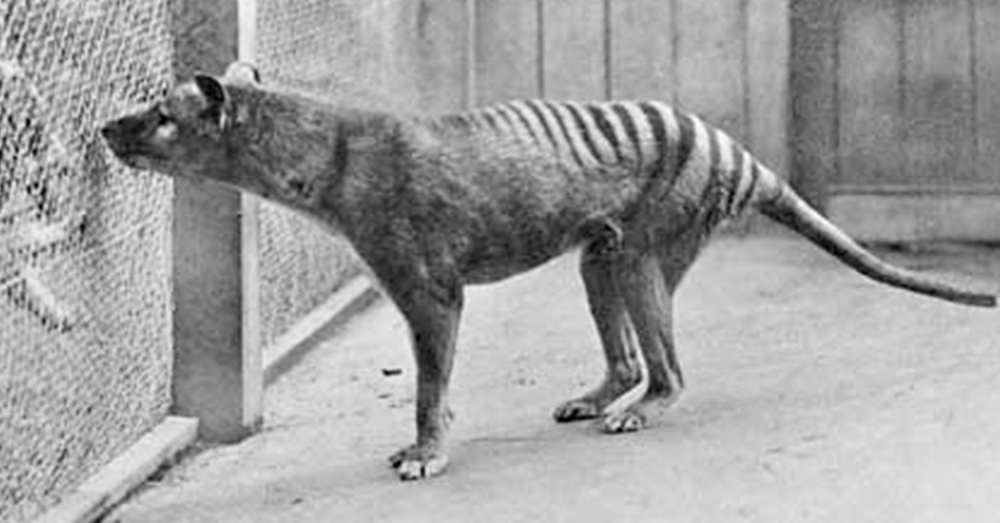 Source: flickr/Kelly Garbato
The thylacine disappeared from mainland Australia about 2000 years ago.

A team of thylacine trackers, collectively known as the Booth Richardson Tiger Team (BRTT) has been looking for signs of the species for more than two decades, more recently employing trail cameras around the forests of Tasmania in hopes of catching a glimpse.

BRTT member Greg Booth is convinced he came face to face with one on Good Friday in 2015. 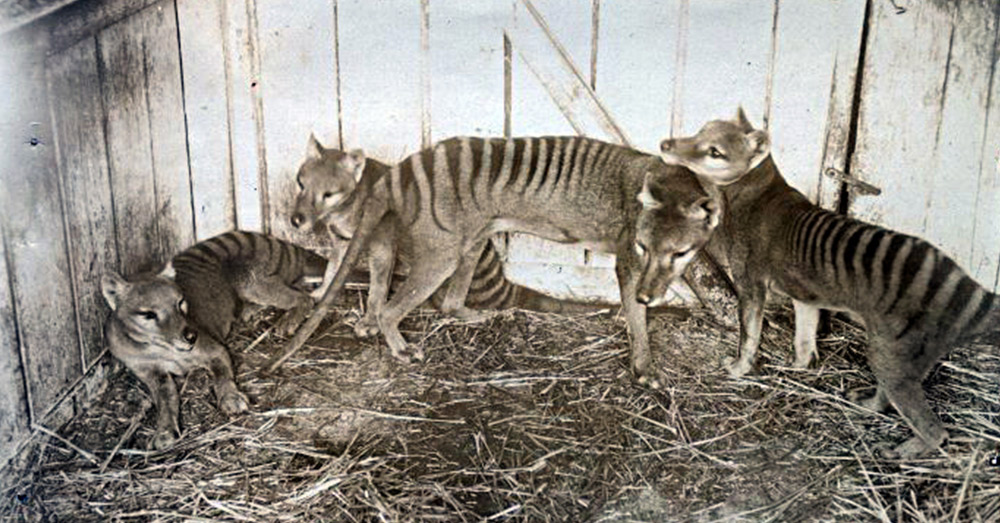 Source: Wikimedia Commons
The animal has been described as looking like a cross between a large cat and a wolf.

“I couldn’t believe it. I couldn’t sleep for days afterwards,” he told ABC News. “It had a really big head, a really long snout, it had a scar up here [on its head]. Its ears were pointed and it had white around the eyes with dark brown eyes set back in the skull of the animal. It was sitting down and looked at me, I was about eight feet away from it.

“I noticed his paws,” he continued. “You could see the stripes, the tail of the animal went down and it had a bit of a curl right at the end. Seeing the animal [changed everything], that’s why we did this. [Before I saw it] I never believed in them. It’s marvelous what you can take note of when it’s in front of you.”

Tasmanian tigers, also called Thylacines, went extinct on the Australian mainland about 2000 years ago, according to the Australian Museum, and were afterwards only found on the southeastern island state of Tasmania.

In 2002, scientists at the museum were successful in replicating the species DNA, perhaps intending to produce a thylacine clone.

Now, it seems, their work may prove redundant.

Animated Video Shows The Cruel Circle Of Life That 70% Of South African Lions Are Born Into: Click “Next” below!