This Talented Pup Paints Artwork To Raise Money For Charity

Most dogs bring happiness and love to their owner’s life, but Ivy, an Australian Shepherd living in North Carolina, has an additional talent. Not only has the 7-year-old dog learned to create modern paintings using colorful acrylic paints, her owner sells them to raise money for charities amid COVID-19.

Of course, painting isn’t this talented pup’s only special skill, according to Southern Living. Owner Lisa Kite, a retired nurse, has already taught this very good girl how to open and close doors, play Jenga, and fetch her human drinks from the fridge. 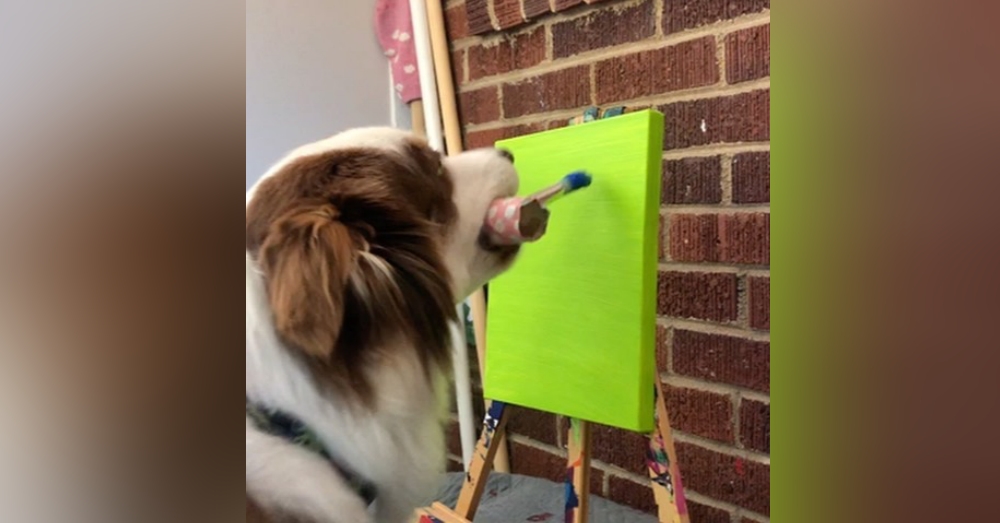 Ivy learned to paint after her dog mom made her a special paint brush she can grip with her mouth. Since then, the pup has turned into a regular “pup-casso,” demonstrating a clear talent and interest in her new hobby.

“She’s very opinionated about what she wants to do,” Lisa said. “Sometimes I’ll say, ‘Don’t add so much of that color. Just put a little.’ But she’ll grab a brush and go crazy with it.” 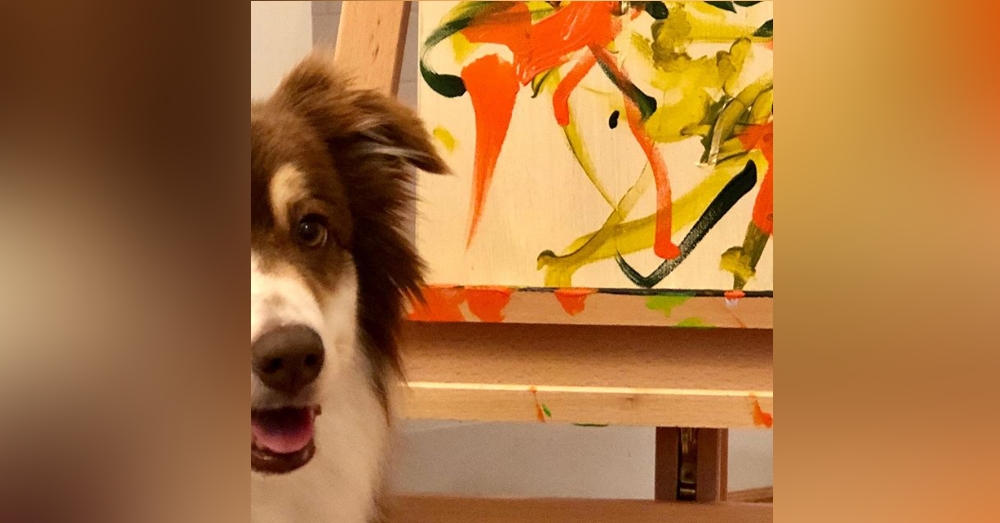 According to Lisa, the dog has also demonstrated a strong affinity for the color blue, which makes sense, considering these semi color-blind creatures see yellow, blue, and gray most clearly. But Ivy works with the other colors, too, generally picking one color per day to scrawl across multiple paintings.

Each piece will take 3-4 weeks to complete, but they can also sell for up to $500 dollars per piece — all of which is donated to charity. Lisa has already sold 600-700 of Ivy’s works on Instagram, and Ivy’s paintings have already funded 2,000 pounds of food at a local food bank since the pandemic began.

You can find out more about Ivy’s creative process in the video below. What a good (and very talented) dog!