Man Gives Up Everything To Care For Homeless Animals In Greece

Takis Proestakis, a Greek nightclub owner in Ierapetra, Crete, gave up everything when he noticed all the abandoned dogs and cats roaming the dump. He went from a comfortable life to one devoted to saving animals – and he wouldn’t trade it for anything.

Although there are tough days, there is nothing like coming home to wagging tails and welcoming purrs. Instead of wishing for something to change Takis took matters into his own hands. It all started one night when he walked by the dump outside the city and found a stray dog with a broken leg in desperate need of help. He immediately acted and continued to care for the dog until it recovered. 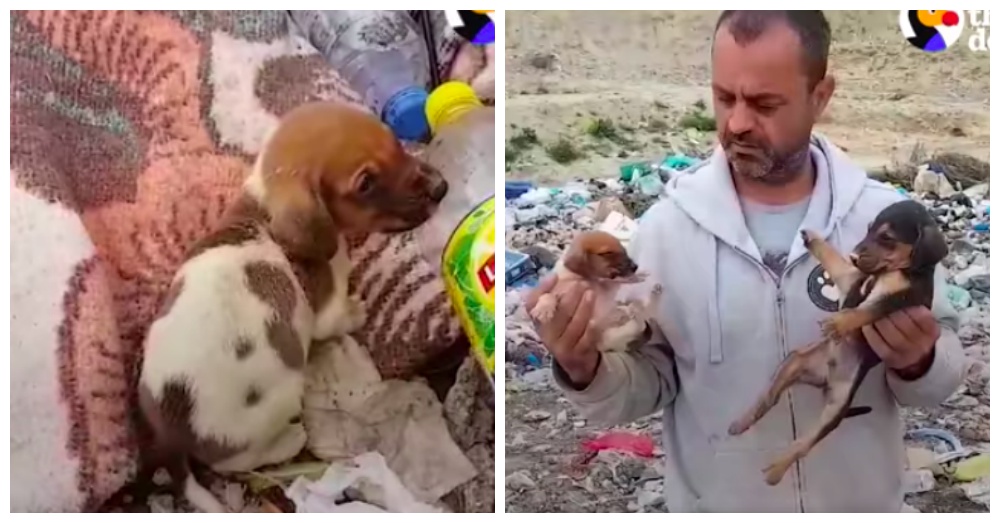 This led to multiple dogs appearing at the dump starving, abandoned, and many were injured. He would treat and care for the dogs, visiting daily to feed them. For a year he visited the dump and would find puppies, cats and dogs thrown in the rubbish. Sadly, the locals were not supportive of his good work and threatened to kill the dogs because they were damaging their properties.

Takis asked the locals to give him 30 days to find a place for all the dogs. That was six years ago and when he bought the land that is now Takis Shelter. The land is located close to the dump where he originally found the strays. 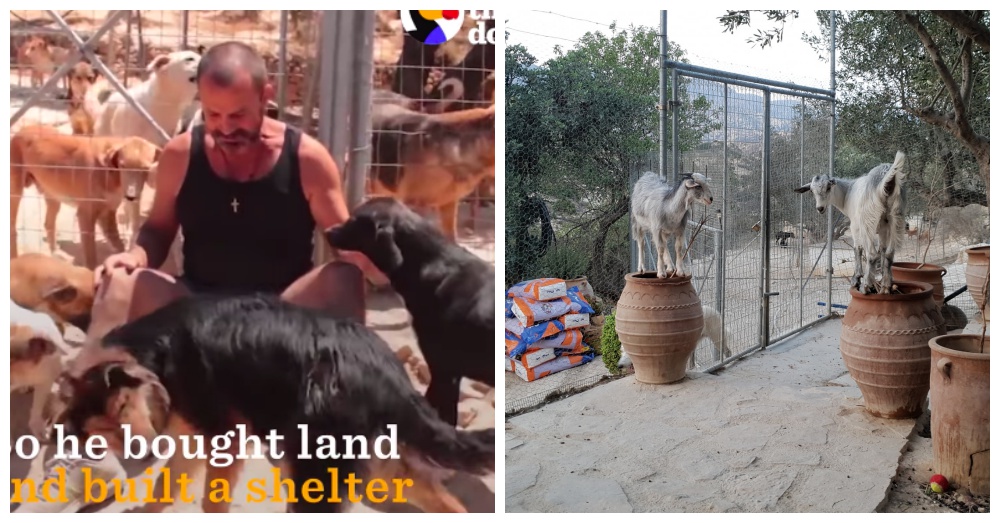 “I was really moved by their plight. I cannot start to describe the unconditional love they showed towards me. This changed my whole perspective in life. I abandoned the nightlife for the strays,” he told Greek Reporters. 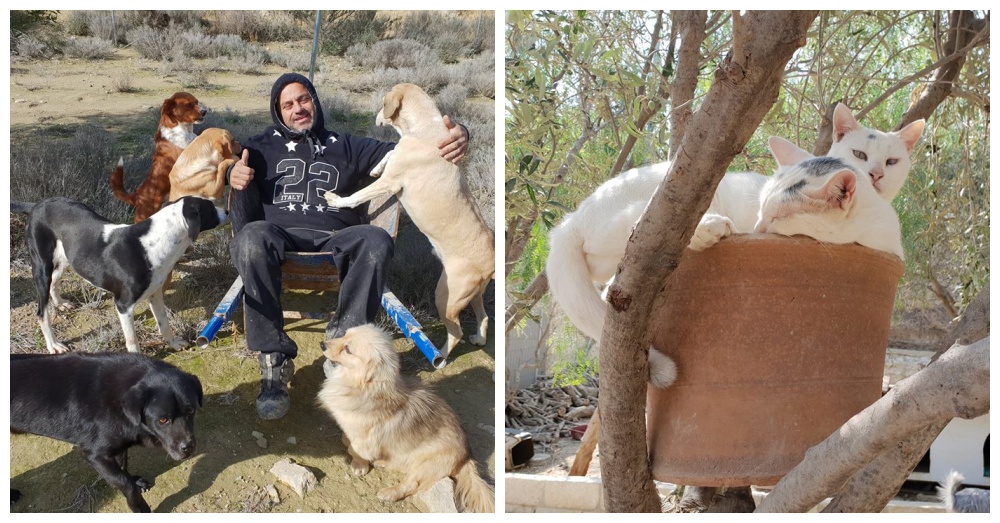 He started Takis Shelter, a rescue that takes in abandoned dogs, cats and even a few goats. All animals are welcome and will be cared and loved until they find forever homes. The rescue is able to care and feed the strays because of generous donations from people around the world. 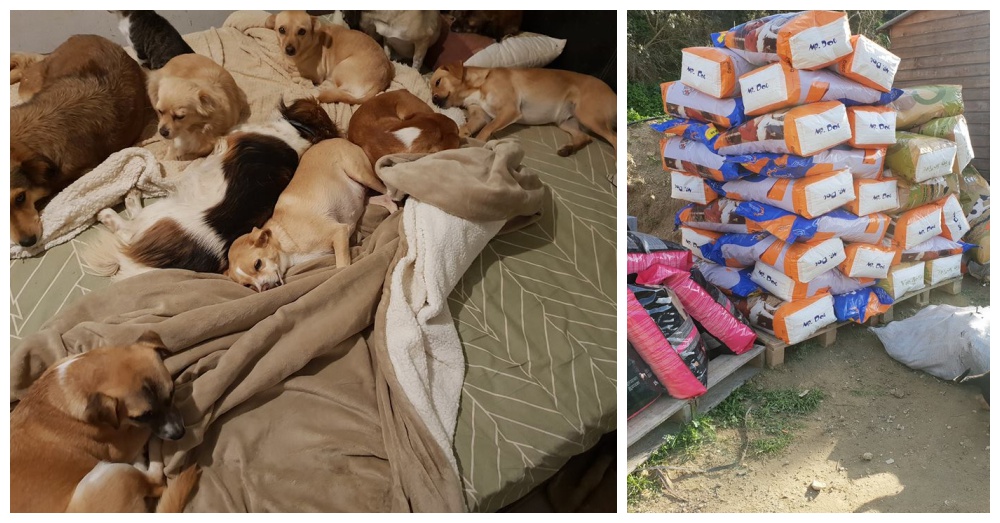 The shelter is now a destination site for animal lovers, with many visitors from other countries and some even adopt one of the shelter animals. Over 300 dogs, 40 cats and 2 goats call the shelter home. The special needs animals currently live inside with Takis. 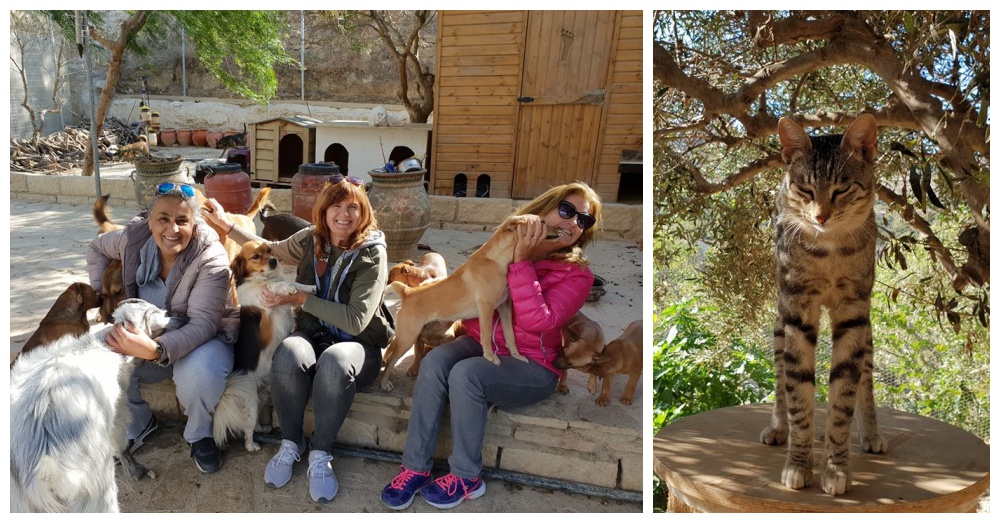 He told the Dodo, “This is a reason to live, what I’m doing.” Many of the dogs were in horrible condition and some were paralyzed when he found them. He helped one dog walk again and another is running again with in a wheelchair.

His 20 hour work day starts at 8am with a short nap in the afternoon for everyone. He loves each and every animal that he saves, but he wants them to find loving homes. “Every dog deserves a home.” Every dog that is adopted helps save another stray. 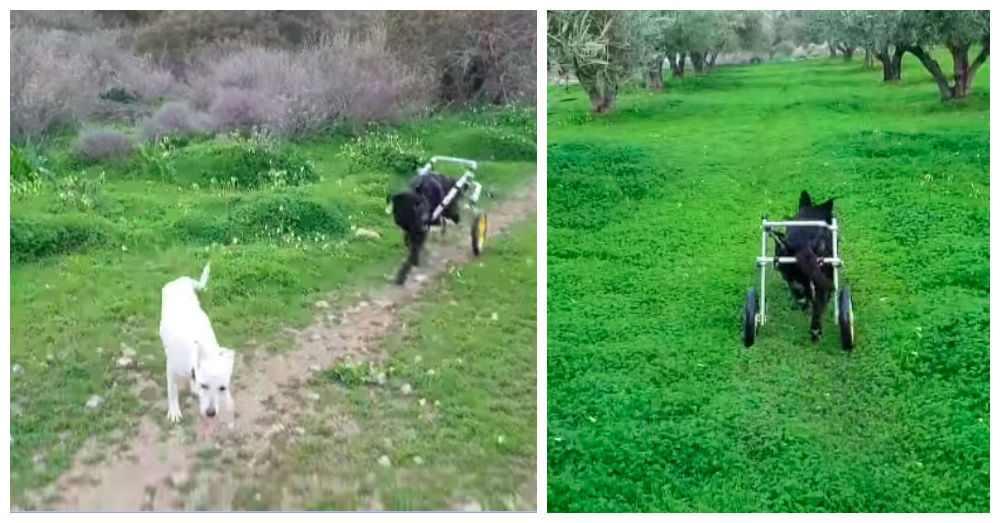 Takis has saved over 500 dogs. He says there is nothing like saving a dying dog and to see them happy and healthy again. “It is an amazing feeling.”

Follow the shelter on Facebook to see all the amazing rescues and how they are making the world a better place for animals.

Watch the video below for a glimpse into his daily life and how it all started.

Rescue Dog Refuses To Let Go Of His Dad’s Hand On The Ride To His New Home: Click “Next” below!