With so many living in this world, it’s safe to say there’s someone out there for everyone, even if they’re not in sight.

For a blind cat rescued from the streets of Ontario, Canada, that someone happens to be a tiny kitten, with much the same story.

According to Love Meow, Taffy the Tabby had a seriously infection when he was brought in to an Ontario shelter. He lost the use of one eye, and they other was failing fast, but that hadn’t dampened Taffy’s spirit. 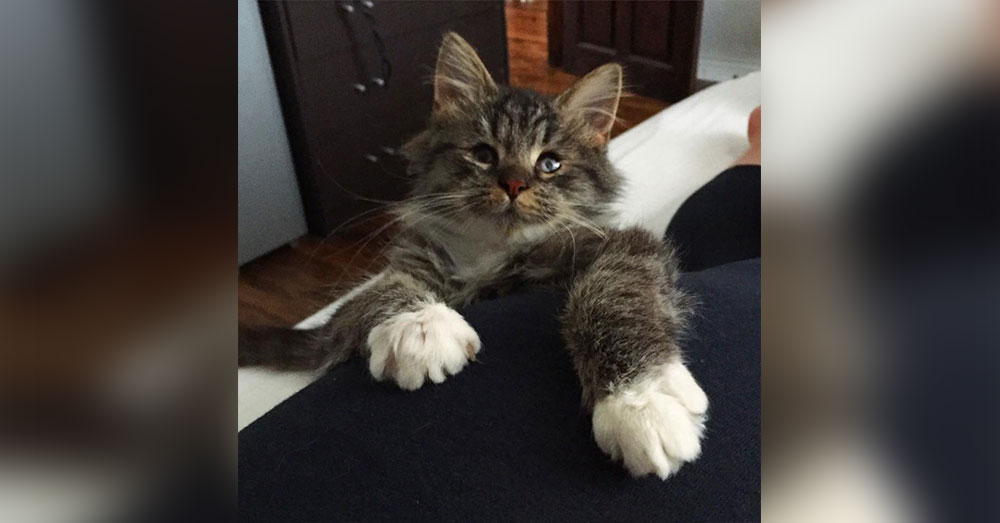 He seized every moment he could to cuddle with shelter staff.

After being transferred to Chatons Orphelins Montréal (COM), in Montreal, Taffy started to come out of his shell.

“Taffy tried to get out of his carrier as soon as he arrived. He made the tiniest sounds asking for our attention,” Celine Crom of COM told Love Meow. 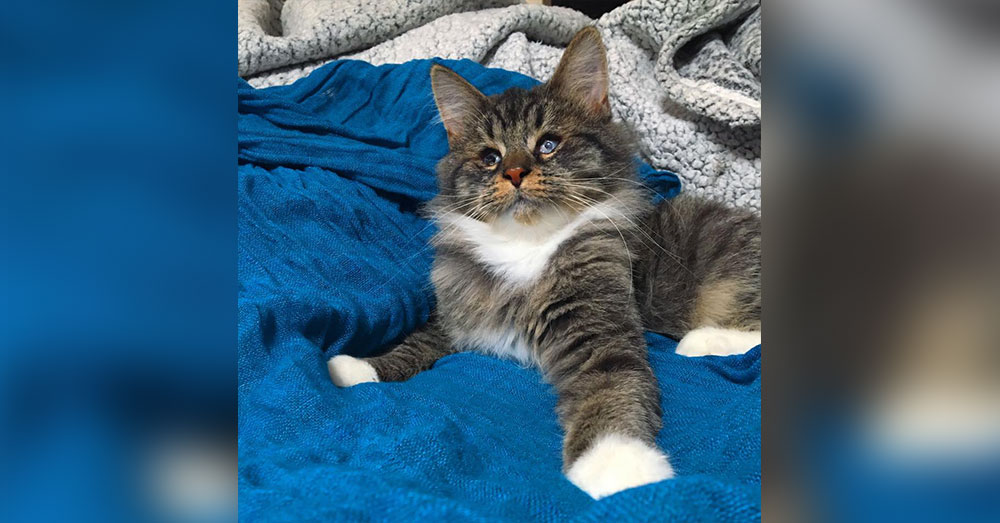 Though he wasn’t adopted, Taffy was fortunate enough to find a foster home. It was there that he met a special friend.

Another kitten, this time rescued from the streets of Montreal, was taken to COM in hopes of eventually finding her a decent forever home. Her name was Bettina and, like Taffy, she also had sight problems. 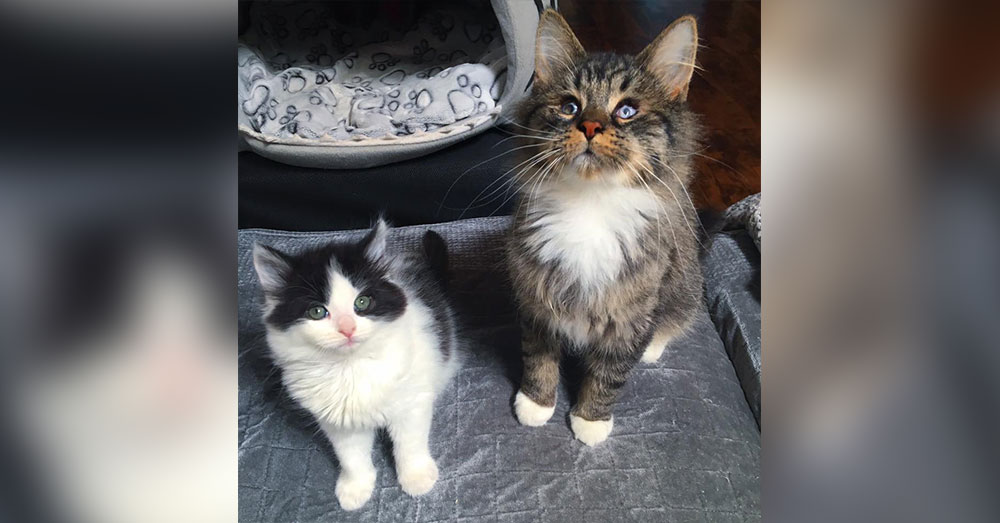 “The kitten was dirty, her eyes were infected, and she had worms and parasites in her belly,” Crom said.

Before long, she was growing bigger, and scarfing down food like the rest of her shelter mates. Taffy especially.

The blind cat immediately took a liking to Bettina, followed her around the shelter, and even cuddled with her during naps. They were inseparable, like siblings.

And now they help each other.

“Taffy wants to have a kitty who can look after him and become his seeing eyes, and Bettina is his perfect match,” Crom told Love Meow. 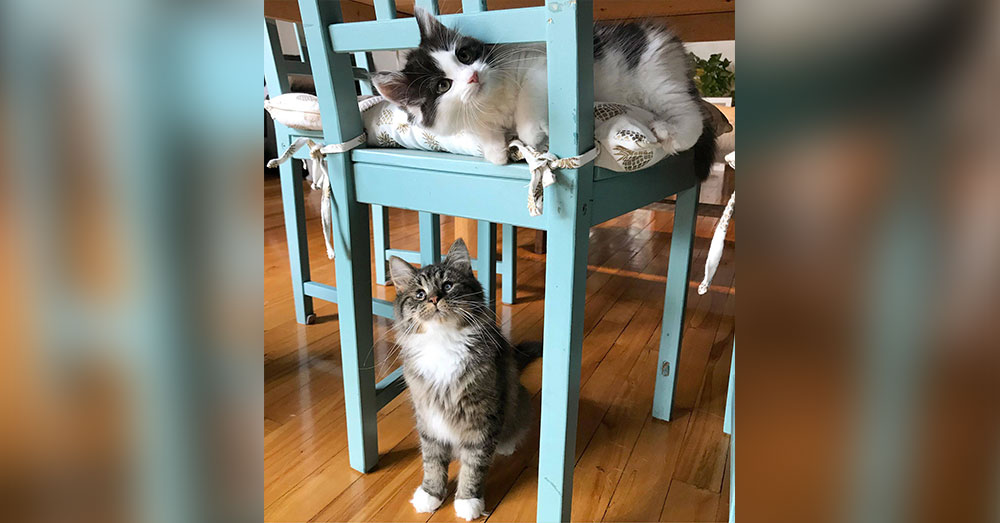 Taffy isn’t her best when Bettina isn’t around, so COM staff have kept the cute couple close to each other as much as possible. And when a friendly human stopped by, willing to adopt them both, that friendship was kept in tact.

Now Taffy and Bettina are both living it up with their new brother, Chester. The love surrounding this perfect pair has grown!

See more of Taffy and Bettina in the video below!