Michael Chour, founder of The Sound of Animals, a group that rescues dogs from the Southeast Asia meat trade, was visiting Chomkachek, Cambodia, when he came across a dog slaughterhouse.

Over a dozen dogs were stuffed inside small, filthy cages without food or water. They were treated extremely poorly, and eventually would be ripped out of the cages and killed for their meat. 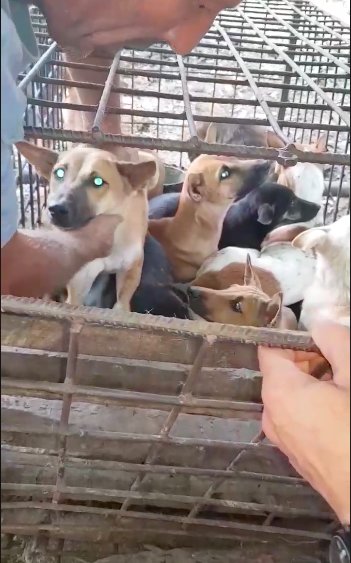 Sweety and the 16 other pups were brought to a shelter in O Smach, Cambodia, where they were examined by veterinarians. Once they were cleared, they went to a different shelter in Ban Kruat District, Thailand, which was run by The Sound of Animals. 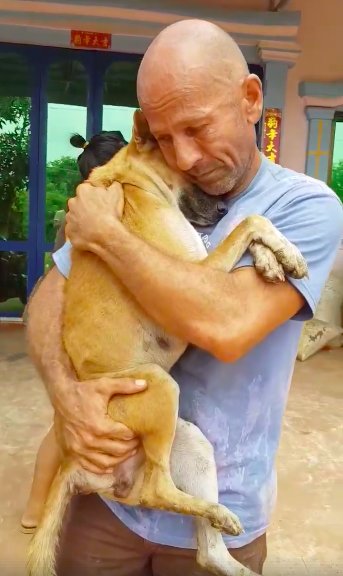 At the first shelter, Chour lifted Sweety out of the transport cage, and it was very obvious how terrified she was. She had never felt love before in her entire life; all she knew was hatred and abuse at the hands of evil humans. But this moment was different for her. For the first time ever, she felt safe. Chour held her in his arms for more than an hour and a half. Tears streamed down Chour’s face as Sweety allowed him to kiss her. She trusted him, and Chour’s heart melted. 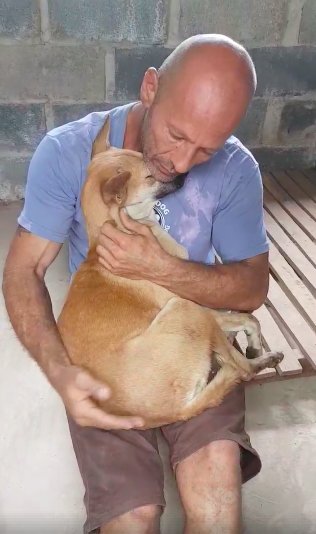 Chour was able to help Sweety feel less afraid. She knew that she was finally in good hands and she wasn’t frightened anymore when Chour put her on the ground. She appeared to be much more relaxed.

Today, Sweety is at the Thailand shelter and is doing great. She is socializing with the other dogs and is as happy as can be. She has come such a long way since she was rescued from the slaughterhouse. But although Sweety spends her days at the shelter, she is no longer looking for a home. The reason? Chour decided to adopt Sweety as his own! 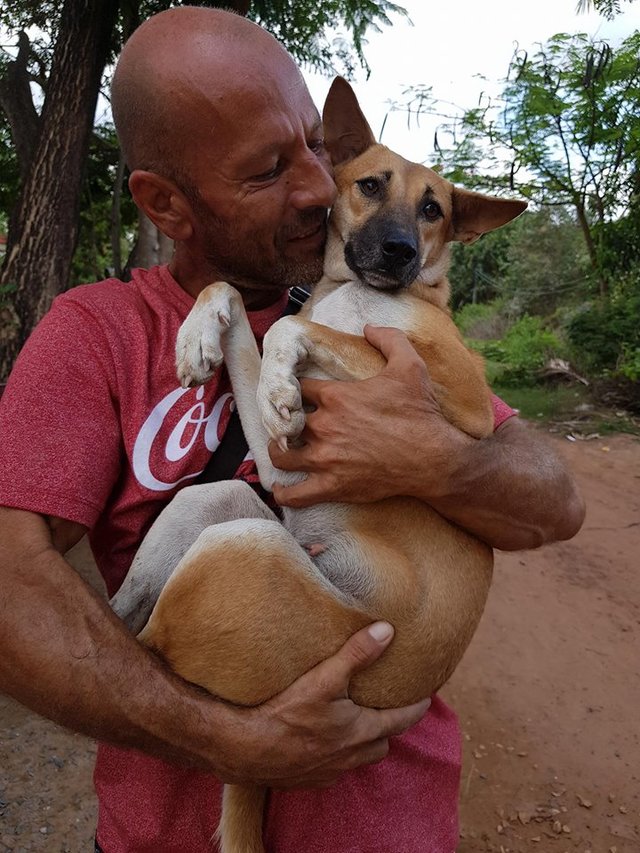 “All dogs have the right to a life of happiness, but some of them touch my heart more than others,” he told The Dodo. “She is one of them.”

Sweety is very lucky to have been saved from such awful fate and been adopted by a loving fur-dad who will give her the best care and all of the love in the world. 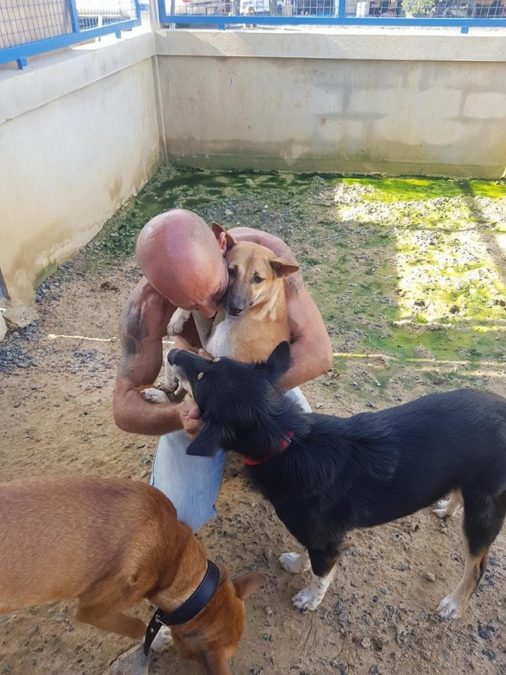 Below is a video of Chour when he first held Sweety after her rescue: