Swans Make A Nest Out Of Garbage In Amsterdam

Plastic trash is literally everywhere you look and it is killing wildlife. Recent studies claim there are 1.8 trillion pieces of plastic in our oceans. Plastic bags are wrapped in trees, fences and floating in water. Other plastic trash is filling up the oceans and killing animals that mistake it for food. Birds are becoming trapped in plastic waste, while other birds are using it to make their nest.

The scenic canals that flow through Amsterdam are filled with plastic trash. For hundreds of years, the canals were used as a garbage and sewer disposal. The water quality has improved but there are still tons of plastic floating in the water. 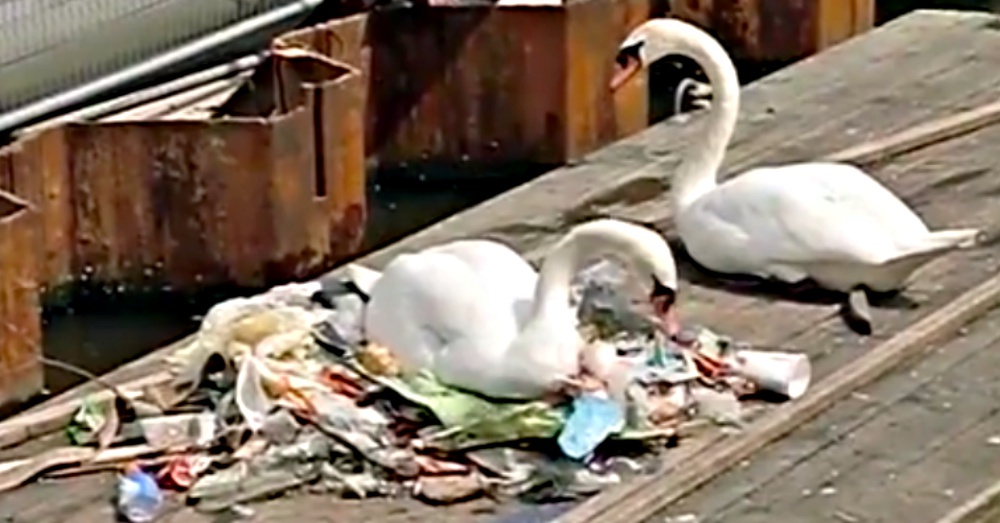 A heartbreaking moment was captured on video in Amsterdam. Two swans made a nest next to the Amsterdam canal made up of garbage. John Oberg, an animal activist, recorded the sad video and posted it to Facebook with the caption, “A swan built their nest out of garbage at an Amsterdam canal. This is the world we’ve helped create for animals. 😡”

The female swan continues to move pieces of garbage around her to form a nest. Old plastic bottles, bags, wrappers and straws make up the unnatural nest. At one point, the female stands up and repositions her eggs in her nest. Many believe that the babies will not survive because there is no insulation or real protection. 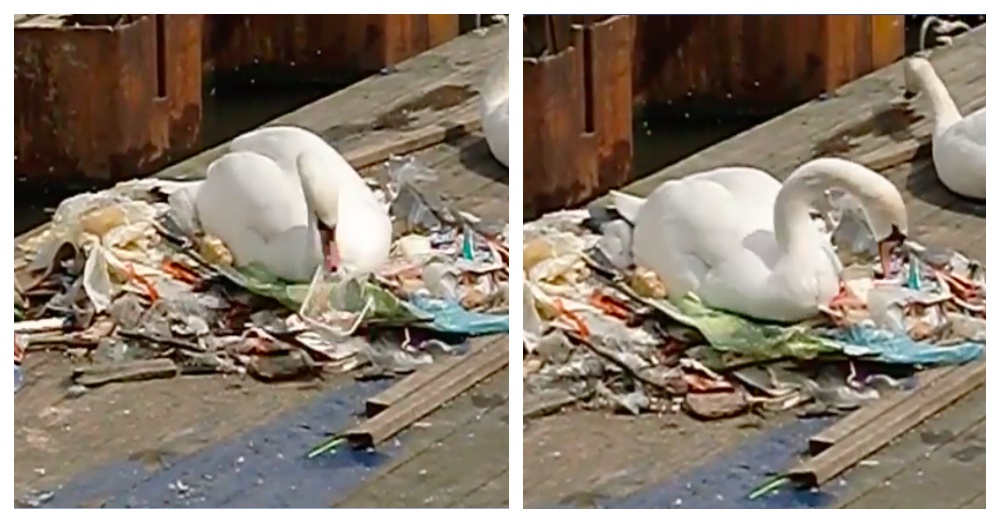 Sadly, the canals are still full of garbage. While residents state there are not enough public dumpsters, visitors said they were disgusted at the amount of garbage just left on the buses and streets. 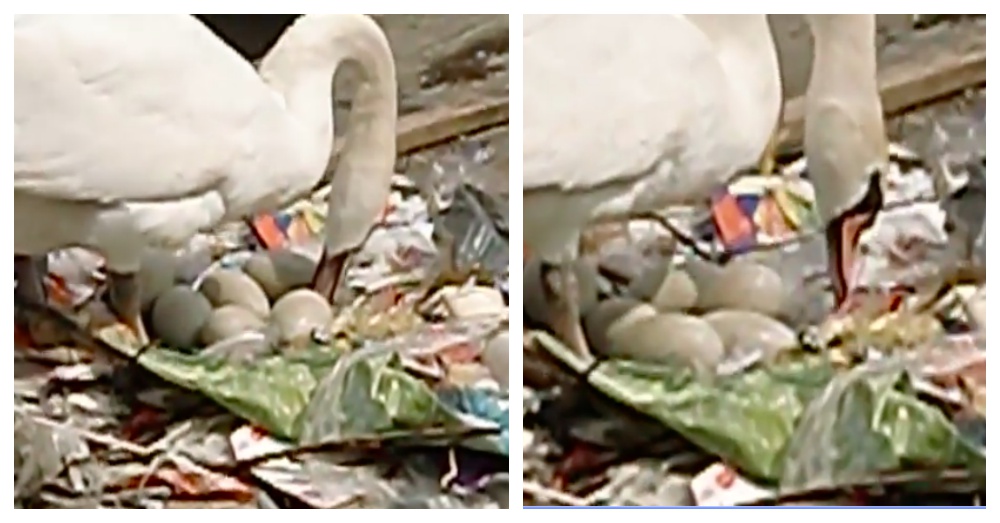 Oberg’s swan video has gone viral with over 5.7M views. One person wrote, “This is absolutely heartbreaking, yet humanity will spend a billion $’s to reconstruct a building, yes a building that touches many hearts…yet is everyone aware that 2 species of the animal kingdom went extinct this week! What legacy are we leaving for future generations to talk about. Time for humanity to WAKE UP!” 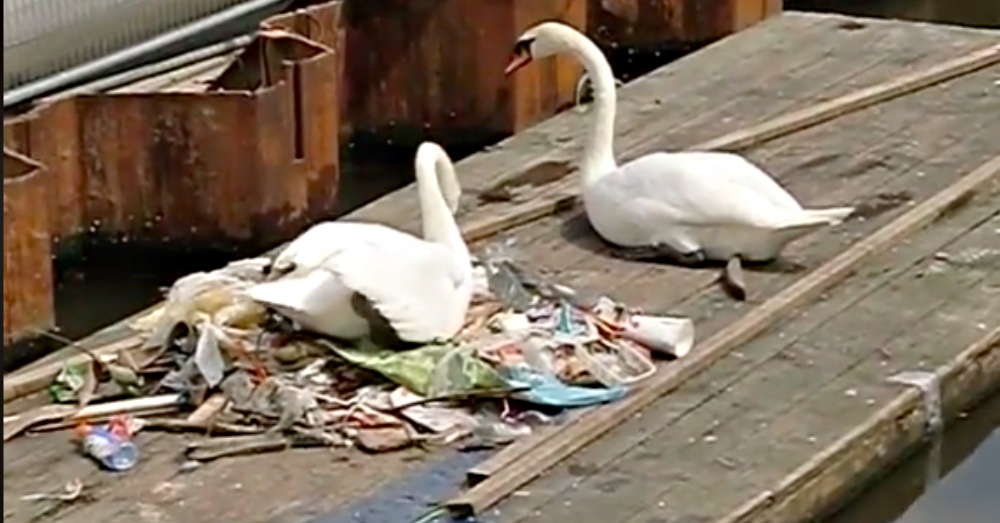 Another said, “My heart aches for all animals. Humans are ruining everything.” A woman posted, “This is so sad in so many ways. Her nest is not only pathetic cause it’s trash but it will not stay together like it would if it were made of natural things she found. Babes will have no insulation under them and nothing to contain them properly after hatching. She’s doing her best with her ‘resources ‘ as someone commented earlier but unfortunately I don’t believe it will work. This is our fault as humans. We did this, we need to fix this.”

Watch the heartbreaking video below.