When Suzie’s owner decided that they didn’t want her anymore, they chose to give her away to their domestic worker. This ended up proving to be a bad move since the person who was given Suzie ended up not being able to afford her care. As a result, the poor dog was badly neglected. The new owners did do something right in that they made the choice to surrender her to Sidewalk Specials.

Seven-year-old Suzie was in pretty bad shape when the rescue got her. She was badly dehydrated, suffering from malnutrition, and was very skinny. In addition, she had Ehrlichia, and she had to have her eye removed. The rescue worked hard to bring her back to a healthy weight, putting her on a waiting list for eye surgery until she had regained her strength.

Suzy’s vet bills were all covered by Sidewalk Specials. And after the dog has recovered, she will be ready to go off to a forever home. 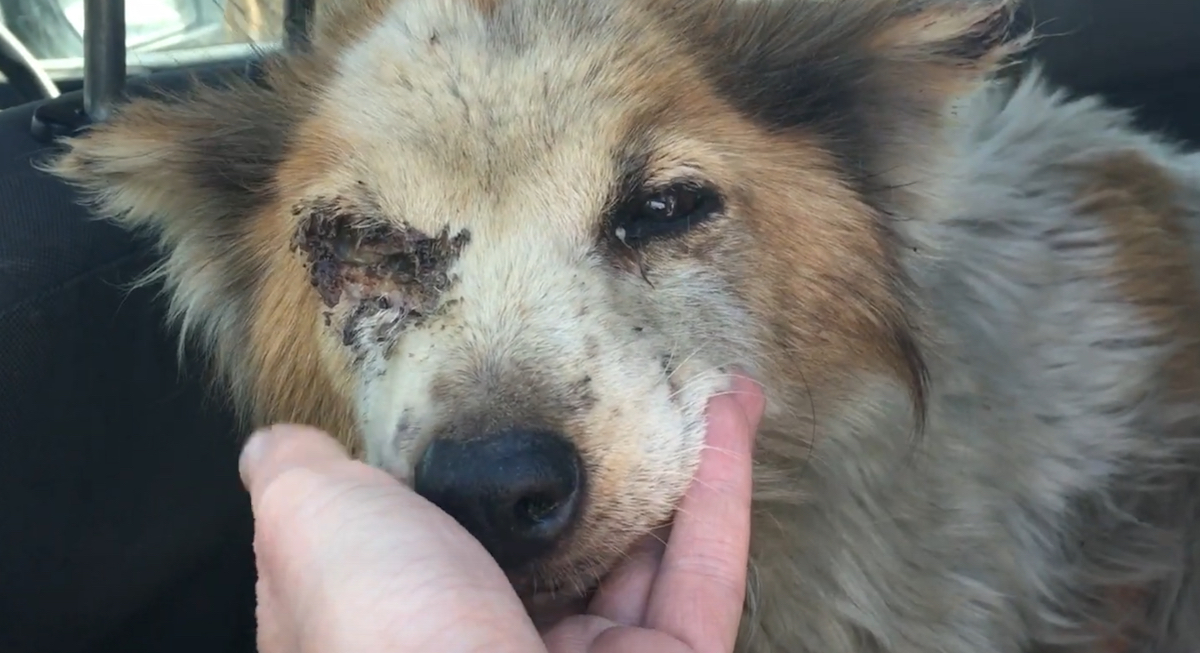 Her sad story should be a reminder to people that if you don’t want your dog anymore for whatever reason, you should always surrender them to a rescue or shelter – never give them away to another person that might not be able or willing to give them the care they deserve.

Watch Suzie’s story in the video below: