Beachgoers Use Hammer To Save Dog As It Vomits in Hot Car, Owner Returns Unapologetic and Irate

Were it not for a group of concerned beachgoers in Surrey, England, a small French Bulldog could have suffocated and died in a hot car.

The group of bystanders used a hammer to break into the vehicle. Inside the hot car, the dog was seen vomiting and losing consciousness.

According to the Daily Mail, after being away for four hours, the owner returned to the car, unapologetic for the incident.

“No thanks was given, just abuse and threatening behavior,” said Hollie Evans, who was filming the incident. 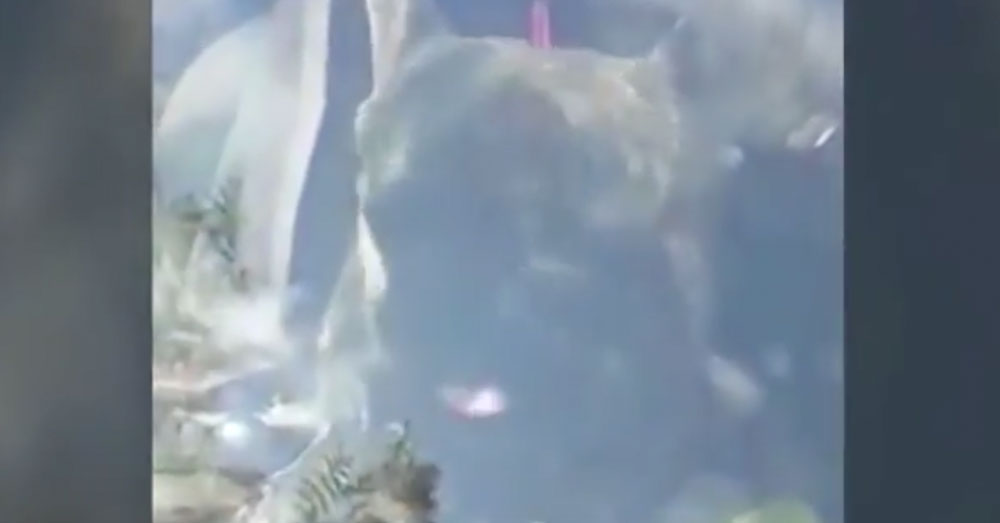 Source: YouTube/News Confused
The French Bulldog was left in a car on a 95-degree day.

The man made abrasive comments to Evans and the rest of the group, though his pet would likely have died had it not been for their actions.

“The temperature was increasing and the dog was showing signs of distress, and he started being sick and his breathing became erratic,” Evans told the Sun.”We needed to get the dog out for his welfare. The group decided for the dog’s safety to break the window and get him out. We broke the window, got the dog out and took him to shade.” 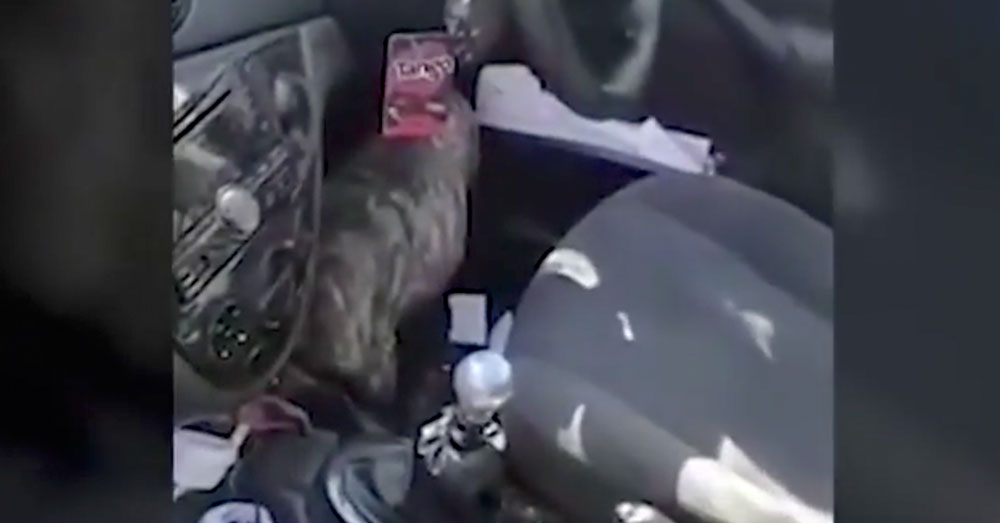 Source: YouTube/News Confused
Beachgoers broke into the car with a hammer.

Even outside of the car, the dog still had trouble breathing, and continued to vomit.

After the furor died down, local police advised the dog be returned to its owner, who continued to jeer the group.

“It’s not nice to threaten people that have just saved your dog’s life,” one of the bystanders told him. 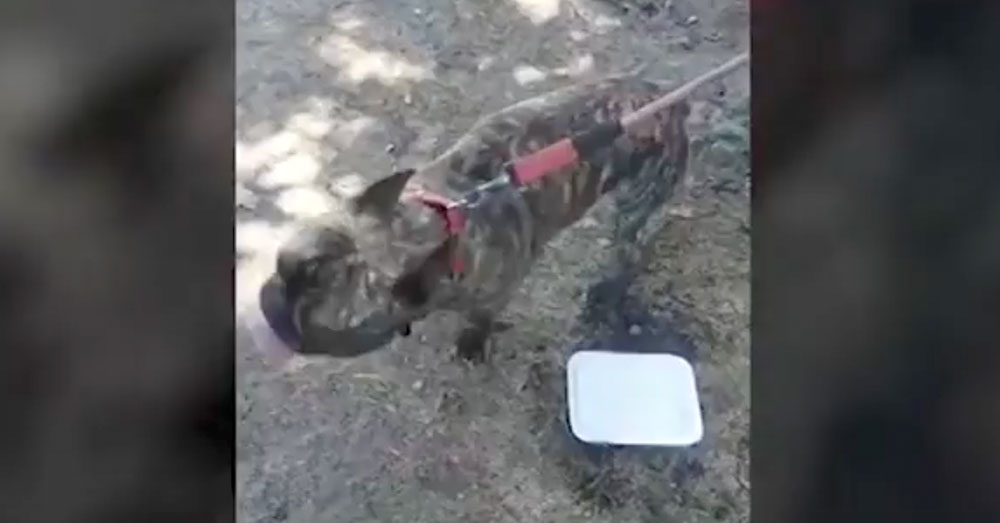 Source: YouTube/News Confused
Even after the dog was rescued, it continued to vomit uncontrollably,

Breaking into a car to save an animal in distress is legal in many states, and illegal in others. In the UK, there is not always criminal protection for those who take the matter into their own hands, without calling police first.

“If the situation becomes critical for the dog and the police are too far away or unable to attend, many people’s instinct will be to break into the car to free the dog,” the RSPCA maintains in section 5(2)(a) of the Criminal Damage Act 1971. “If you decide to do this, please be aware that without proper justification, this could be classed as criminal damage and, potentially, you may need to defend your actions in court.”

Watch the incident unfold in the video below.