Sea lions are commonly seen off the coast of California, but they are rarely seen surfing the huge waves.

Southern California was hit with a large wintertime swell last week and surfers took full advantage of it, including playful sea lions.

Pacific Offshore Expeditions headed out to Santa Barbara Islands for a diving expedition but were surprised by a pod of sea lions riding the giant waves. 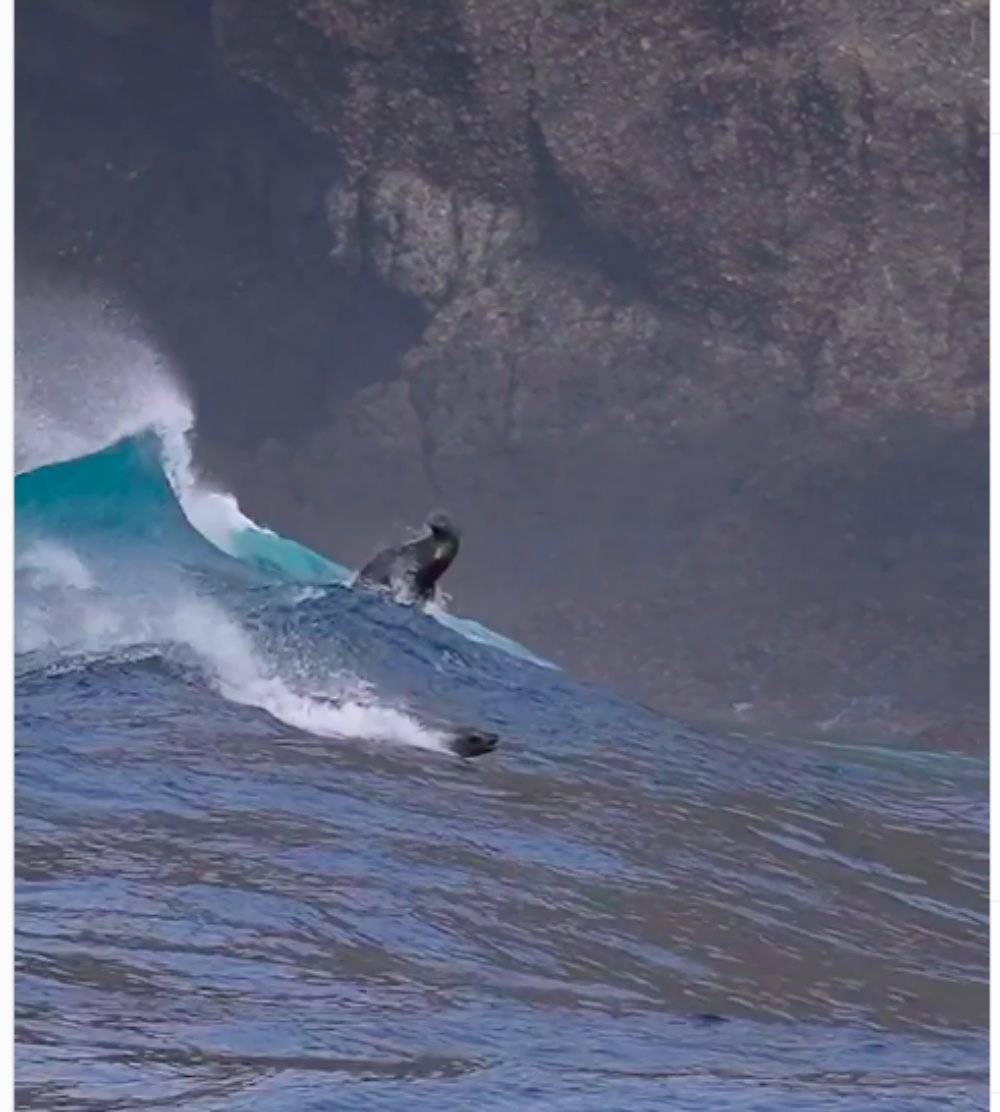 The surreal footage was posted to Instagram with the caption, “There’s been large swell running for the past week. Our trip to Santa Barbara Island was bumpy and dive conditions questionable. But what we found in light of this was a wonderful surprise: surfing sea lions!”

The ‘enthusiastic’ sea lions were seen flipping in the air and then diving back into the water to ride the next wave. The crew stayed in the area for twenty minutes just watching the pinnipeds before continuing on with their diving expedition. 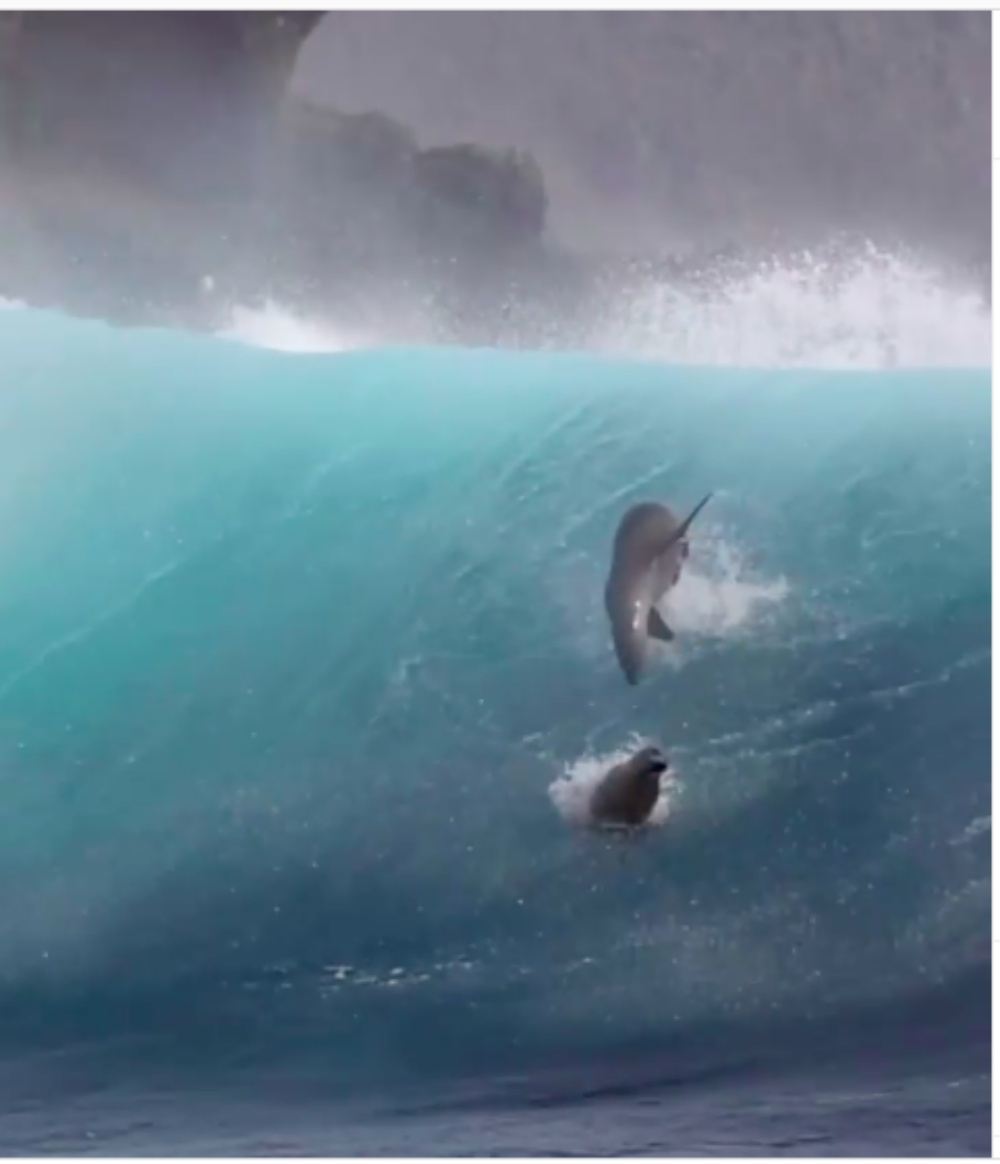 When they resurfaced, the sea lions were gone.

The amazing moment was captured with high-speed photography and no sound, so Ryan Lawler, who runs Pacific Offshore Expeditions, added the hit tune ‘Wipeout’ by The Surfaris to the footage and shared it on Facebook. 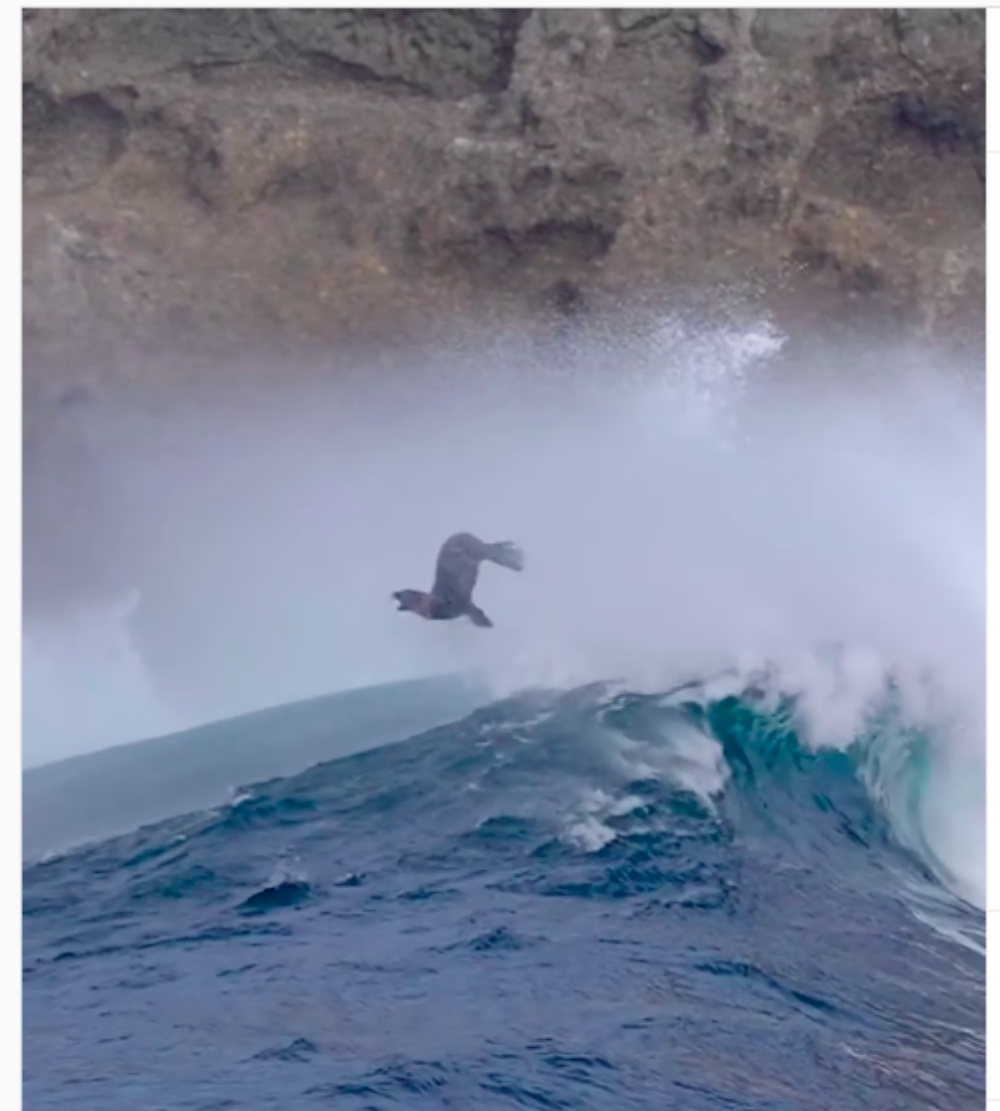 “So much fun to watch these Sea Lions have a totally tubular time at Santa Barbara Island last week! The big swell off the California coast has turned even the Sea Lions into surfers.”

The video instantly went viral and made the day of thousands of people. One person commented, “Gnarly, ❤ this is simply spectacular. such a blessing to see this in person.” 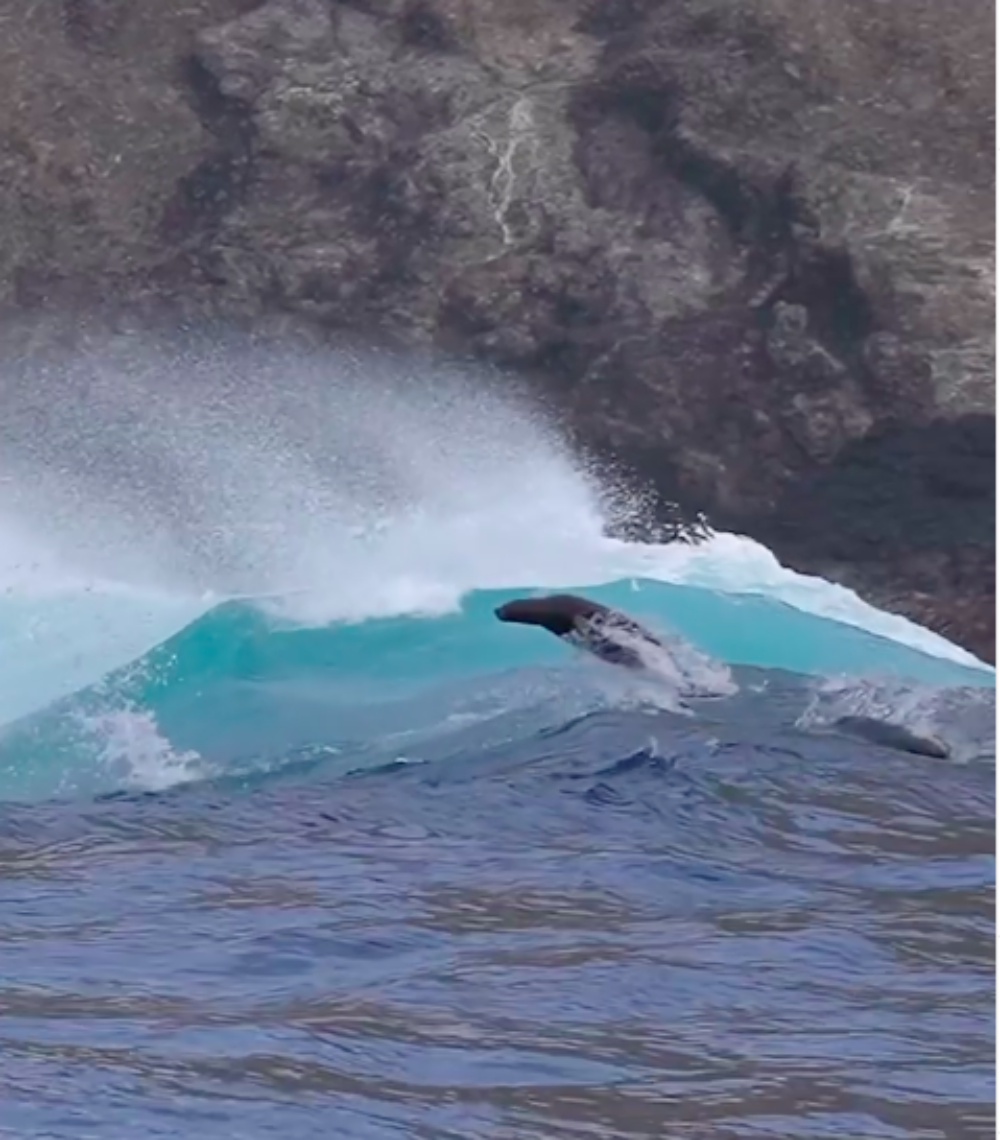 Hoping to see the uncommon spectacle again, the crew returned the following day. “We went back yesterday and even though the waves were big, no surfing sea lions.”

Check out the viral video below and don’t forget to share!