Ospreys are large hawks that are often found near bodies of water, but not in them. They fish by circling over shallow water and then dive feet first to catch a fish. However, one osprey became entangled and was drowning in the ocean.

Surfers, Jimmy and Caitlyn Tomazinis, arrived at a beach in Florida ready to catch some waves, but spotted “a little black dot” and jumped in the water to investigate. 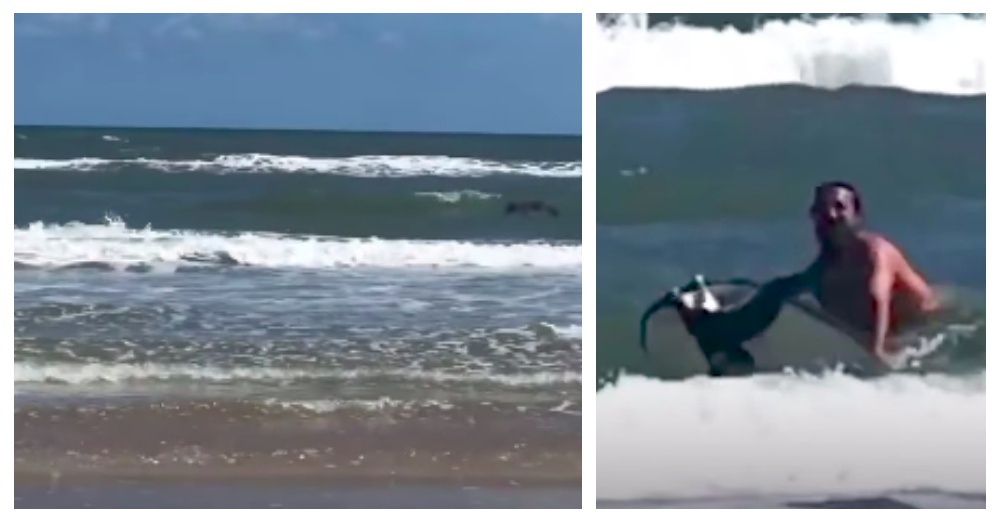 Jimmy swam in the ocean and realized it was an osprey that was struggling to stay above water. The tide was pulling the frantic bird out into the ocean, so the couple needed to act quickly. Jimmy ran back to the truck and yelled, “I need your surfboard!” 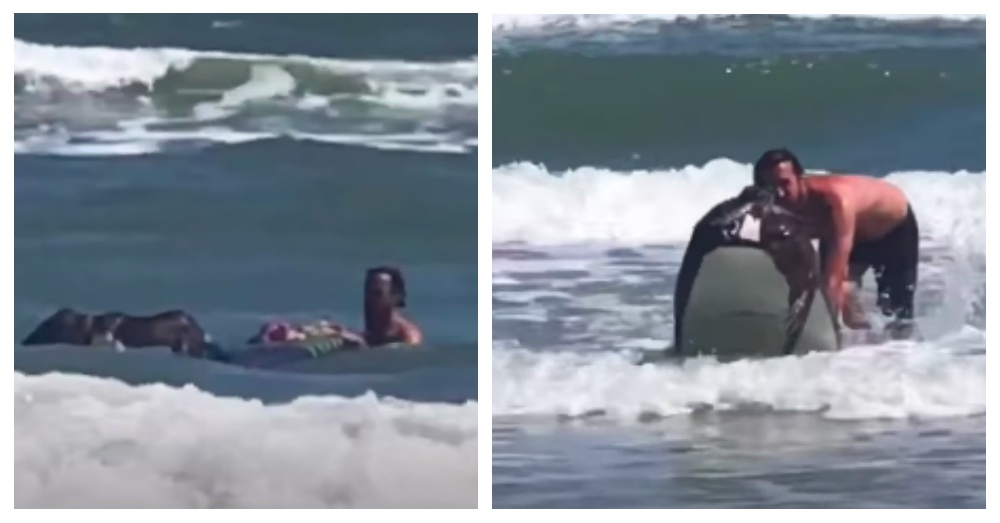 Jimmy decided to scoop the bird up using the nose of the board and “surf him up onto the beach”. Once they were out of the water and back on the beach, Jimmy instantly saw what the problem was. Fishing line was wrapped around the osprey and they needed a knife to free the bird. 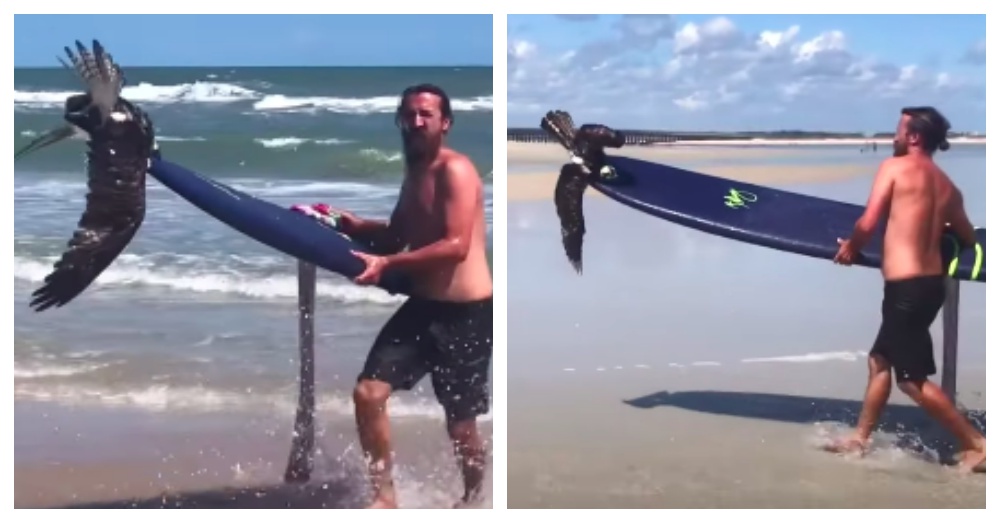 Caitlyn approached a fisherman and borrowed a knife that they used to cut the fishing line. A towel was placed over the bird to help keep it calm as the couple cut off all the fishing line. Two bystanders approached to help and make sure that all the line was removed from its feathers and feet. 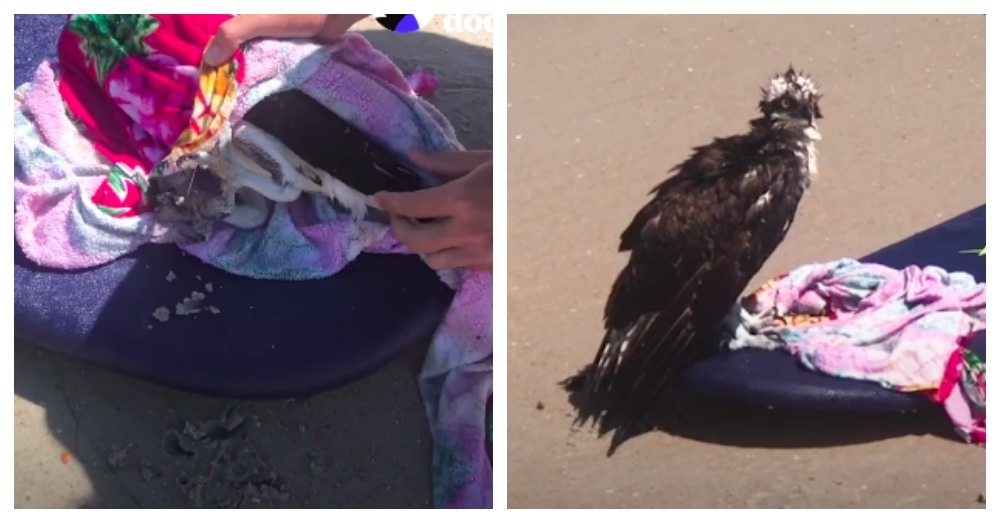 Once all the line was removed, the exhausted bird rested for 20 minutes on the edge of the surfboard before spreading its wings and flying off. 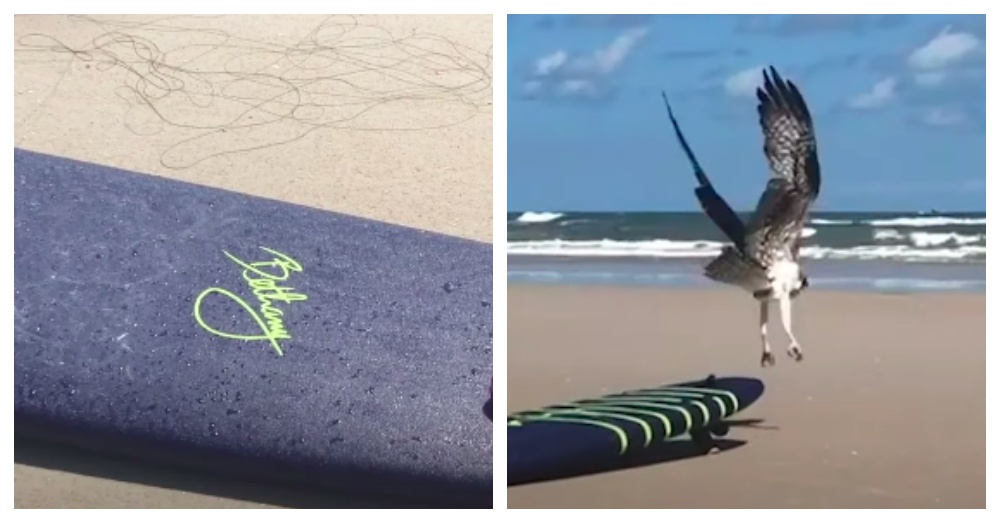 It was all about being at the right place at the right time. The couple said, “If we had pulled up 5 minutes later, we would have never seen him.” Thanks to their quick actions, the beautiful osprey was saved.

The rescue be something they will never forget and Caitlyn even has claw marks on her board to remember the osprey.

Every year, up to 320 thousand birds are killed in fishing line or nets, proving how dangerous they are when dumped in the ocean.

Watch the intense rescue and don’t forget to share!

Rescuers Save Loggerhead Sea Turtle That Washed Ashore Entangled In Fishing Nets: Click “Next” below!