This Cat Wears Fashionable Sunglasses Because Of A Rare Health Condition

Bagel is making a name for herself with a stylish new line of fashionable feline sunglasses.

The 6-year-old rescue may look like she fits right in with the Hollywood elite, but her fashion statement is more out of necessity than it is kitty couture. Bagel is actually wearing the glasses because she can’t close her eyes.

According to MSN, owner Karen McGill first learned her cat suffered from eyelid agenesis when she was just a kitten. Bagel’s eyelids simply did not develop properly, leaving her unable to blink or wipe dust from her eyes. 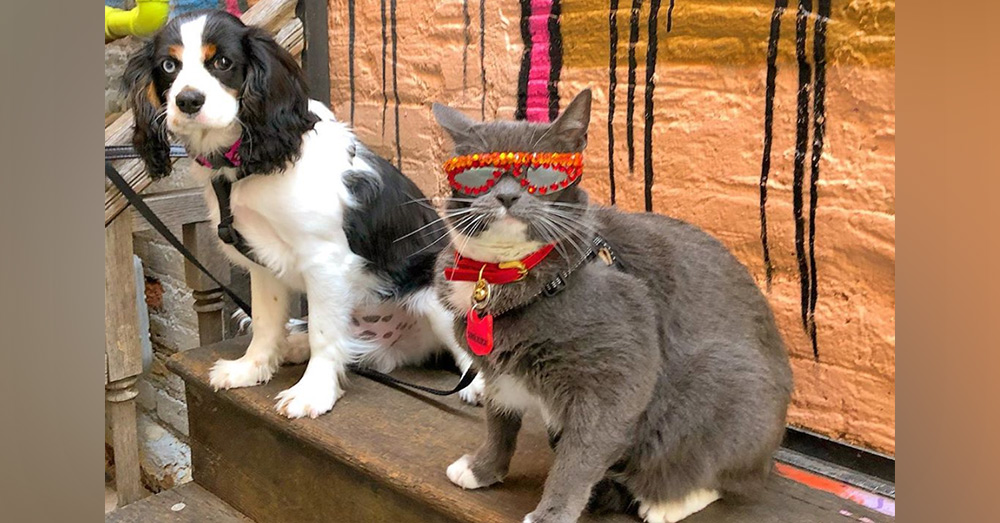 Source: Instagram/sunglasscat
Bagel wears sunglasses to protect her eyes from dust and the sun.

If you’ve ever been in a staring contest, you understand how frustrating that must be for Bagel. Imagine being in the same contest your entire life!

Thankfully, McGill’s friend found a way to help Bagel. A pair of sunglasses fastened to the cat’s head by an elastic band keep Bagel’s eye’s protected from debris and the bright sunlight of sunny Southern California.

All together, McGill and her friend made 600 pairs of these sassy specs, covered in glittery rhinestones for added flair.

“We have different colors for holidays, with skulls and pumpkins and hearts,” McGill said. 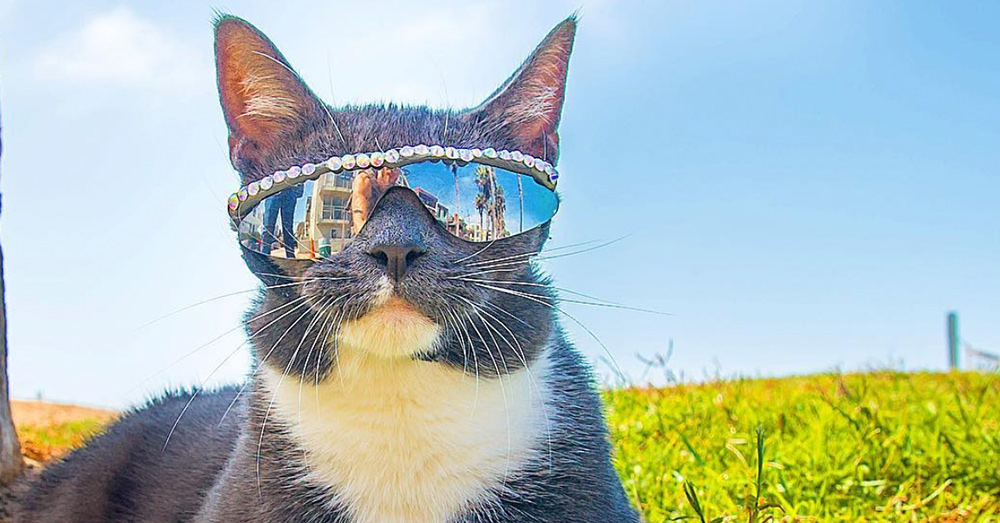 Source: Instagram/sunglasscat
Bagel is unable to shut her eyelids. He eyes never close.

Sunglass Cat, as Bagel is also known now has hundreds of thousands of followers on Instagram. Pictures of her glamorous life, attending parties in Las Vegas, Beverly Hills and Venice Beach, show Bagel with and without her trademark eyewear. Either way, it’s clear she is loved, and lives a comfortable life. 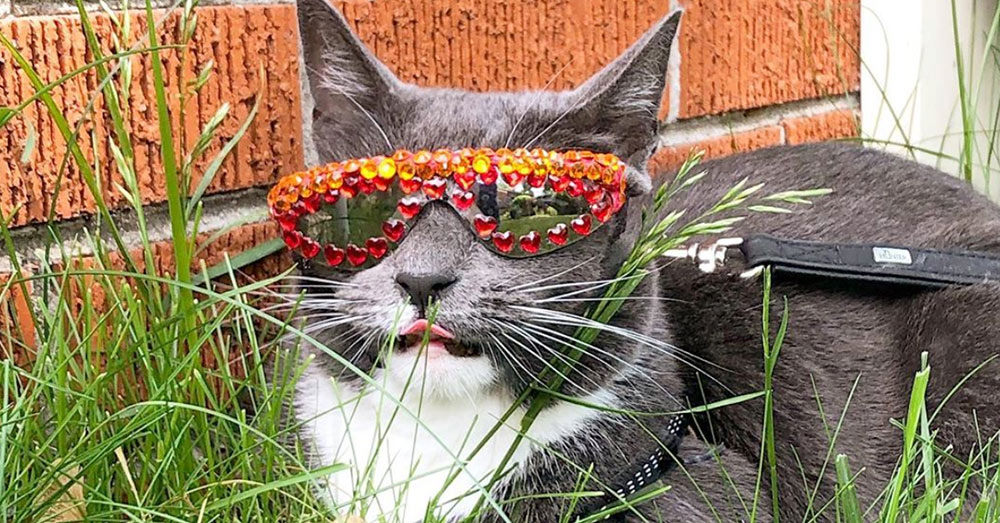 Source: Instagram/sunglasscat
Bagel inspires others by proving “it’s OK to be different.”

And not just comfortable, but purpose-driven. Bagel has become an “eye-con” to anyone else who may feel out of place or shut out of opportunity.

“It’s okay to look and be different,” McGill told the Humane Rescue Alliance at Meow DC. “Never let any disability hold you back.”

Bagel’s condition also makes it difficult to regulate her body temperature. On colder days, she may be seen wearing a sweater to keep her warm. Meow DC was not one of those days, and as nearly 200 visitors stopped by Sunglass Cat’s plastic dome, Bagel was as warm and welcoming as a cat could be. 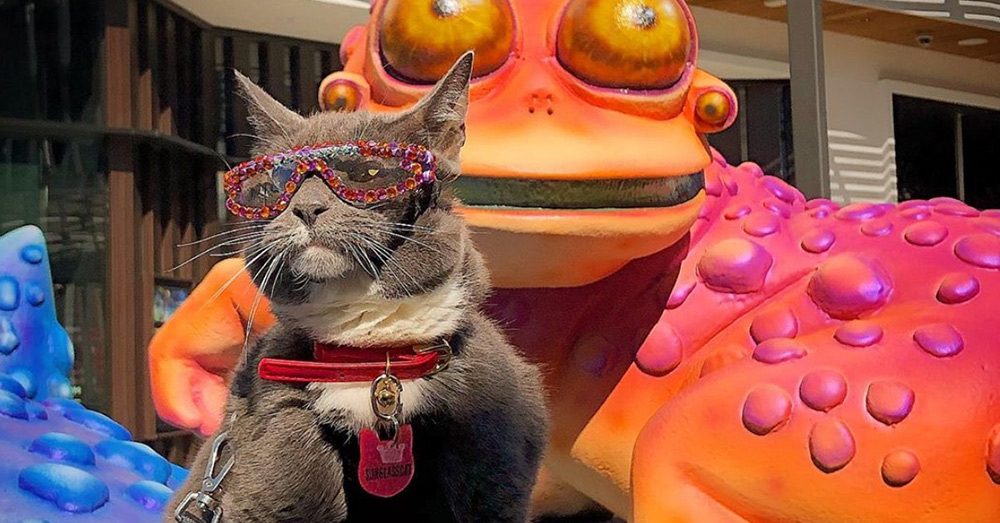 Source: Instagram/sunglasscat
Bagel is the coolest cat in SoCal!

“Bagel is the most loving, gentle, calmest, kindest cat that you’ll ever meet,” McGill says. “Everyone always wants to touch her as well as hold her. They want to stop and talk to me about her sunglasses which I always do since it’s so rare to see a cat in glasses, and I tell them why she’s wearing them as well as her condition. People are always amazed at how calm she is.”

See more of Bagel in the video below!

Orca Seen Racing With Pod Of Dolphins In Rare Video: Click “Next” below!