Wildlife photographers witness so many rare moments and thankfully share them with the rest of the world.

Photographer Rahul Singh is surrounded by breathtaking wildlife in Jalpaiguri, India. He spends his days watching and waiting for that perfect shot and then hopes he can capture the fleeting moment in time.

Last August, Singh captured what his fans and people around the world are saying is the “best shot ever”.

Crimson sunbirds love to feed on the nectar of ornamental banana flower plant (Musa ornata), so Singh headed to an area where the vibrant flowers are plentiful and hoped to capture some amazing photos – and he did. 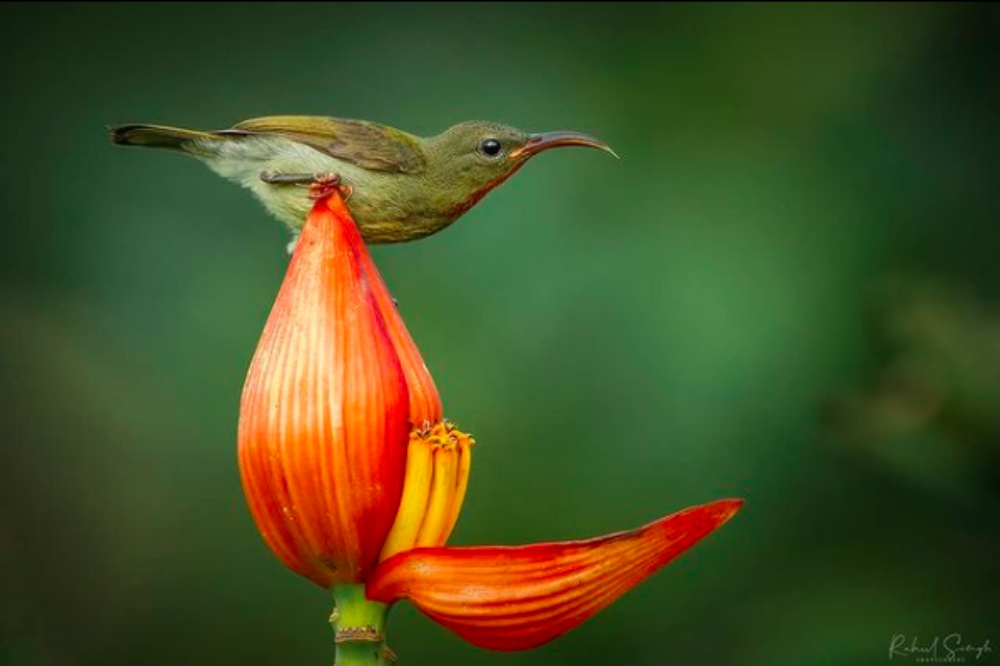 On a hot and humid day, a tiny 4 inch sunbird was spotted sipping nectar from the flower. While that moment was photo-worthy in itself, what happened next was a once in a lifetime shot.

As soon as the bird had her fill of nectar, she noticed one of the flower petals was filled with water from the morning dew and decided to take a dip. 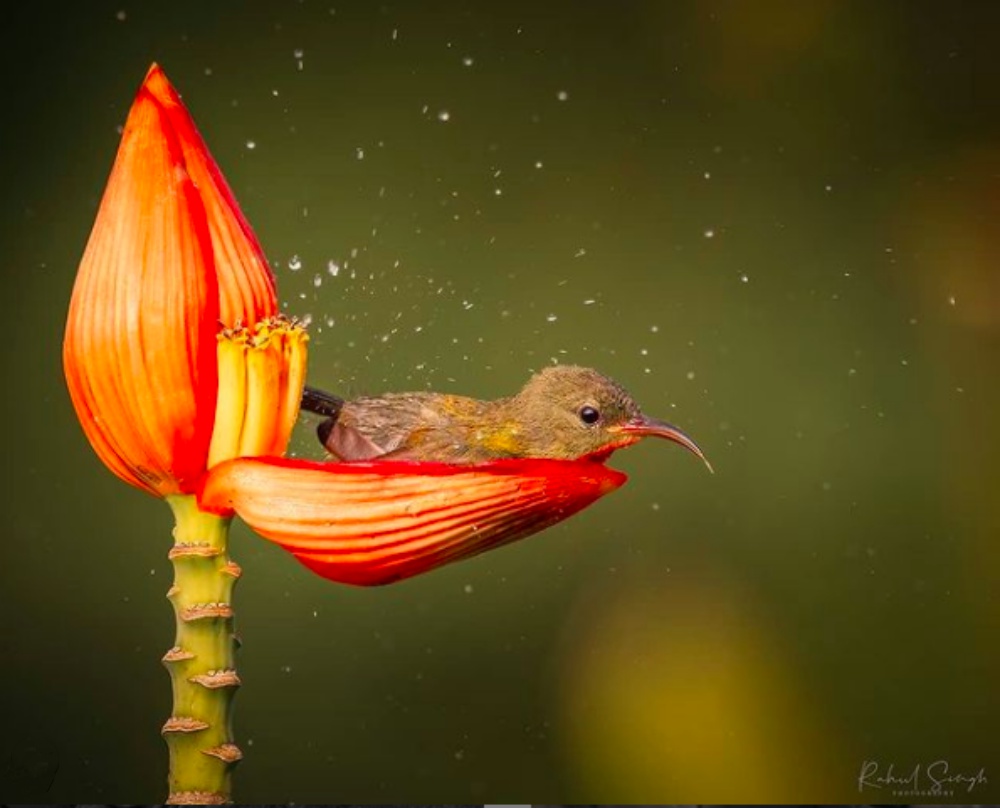 “I was literally stunned to see this unusual behavior,” Singh told The Dodo. “I kept my camera’s shutter button pressed as the bird took her bath.”

He was lucky enough to capture a series of photos of the little bird bathing in the petal and shared them on social media. 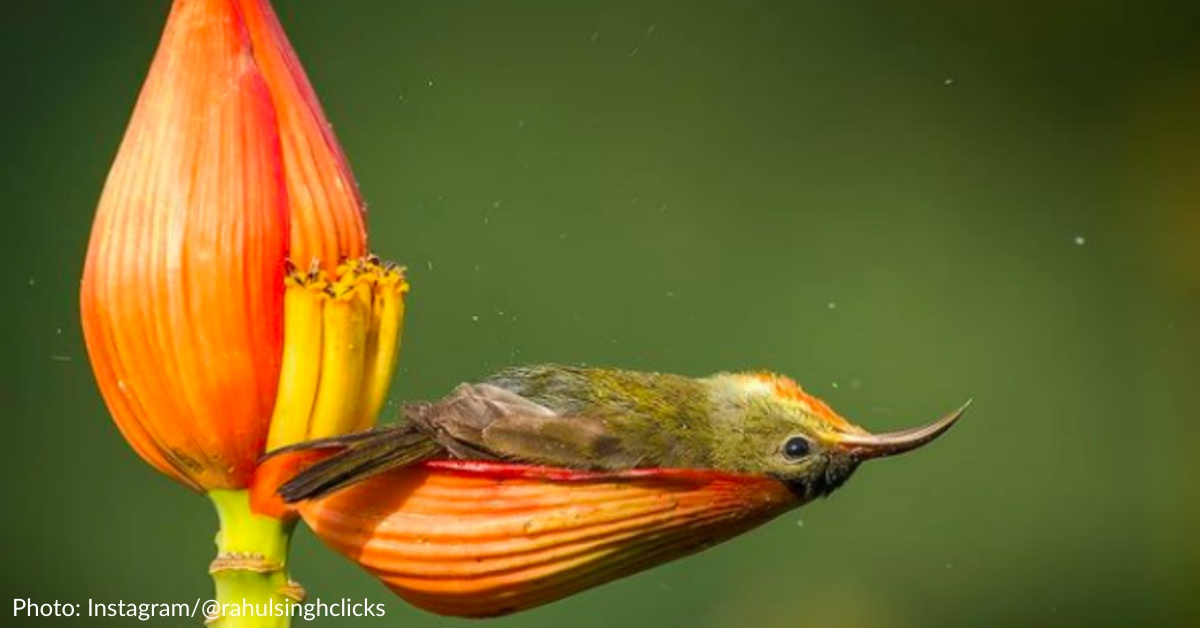 He captioned one of the photos on Instagram with, “A Crimson Sunbird female refreshing herself with the water which is stored in the petal of an ornamental banana flower as if nature creates a floral bath tub for her.” 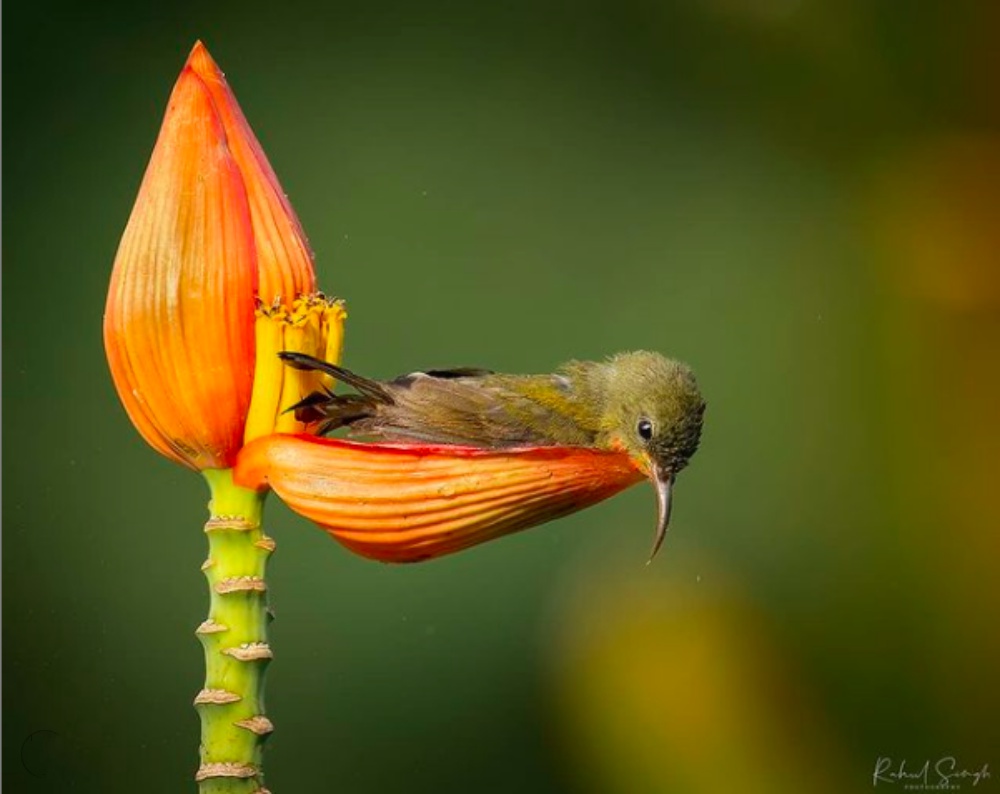 One of the thousands of people who liked the photos wrote, “Like a fairytale – bathing in a flower.”

While Singh likes to photograph all sorts of animals, he really enjoys watching and snapping photos of birds.

Check out all the amazing moments Singh has captured on camera on his Instagram page.