Summer the Calico cat was rescued from a feral colony when she was eight months old and pregnant. She was taken in by Cat Adoption and Rescue Efforts (C.A.R.E).

At first, she was extremely shy, but they worked with her every day to gain her trust. Things were going well, until it was time for her to give birth. Since she was so young, she had a lot of complications. She wound up having to get an emergency C-section. 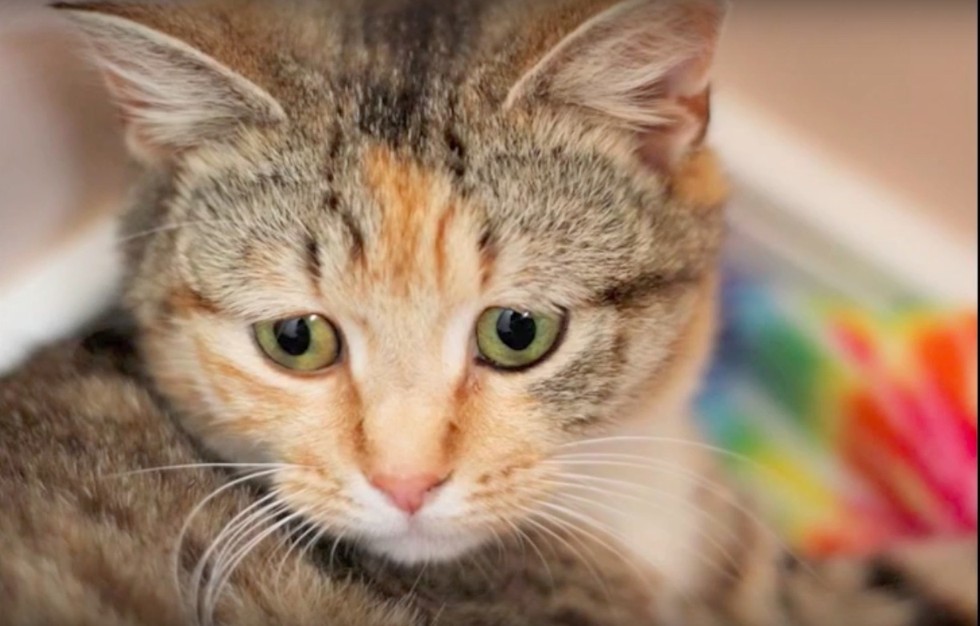 They were prepared for the kittens to not make it, but three miracle kitties were born! The experience brought the vet techs to tears. 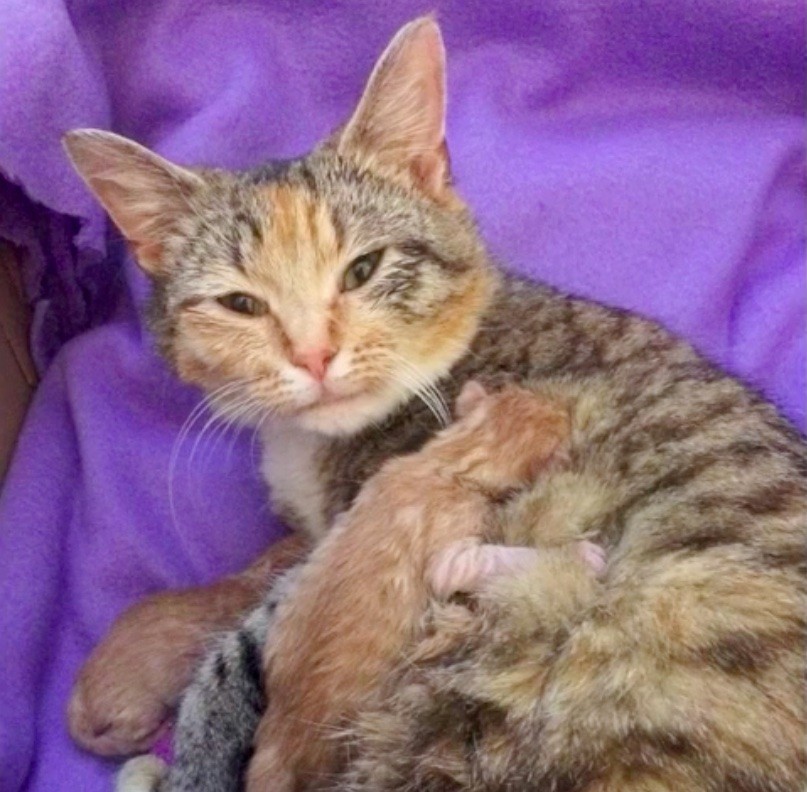 Summer did a great job nursing her kittens. She even snuggled the runt of the litter, Splash, extra close. Splash needed extra care since she was so tiny, but Summer didn’t want the vet techs to take her out to feed and weigh her, she wanted her as close to her as possible. 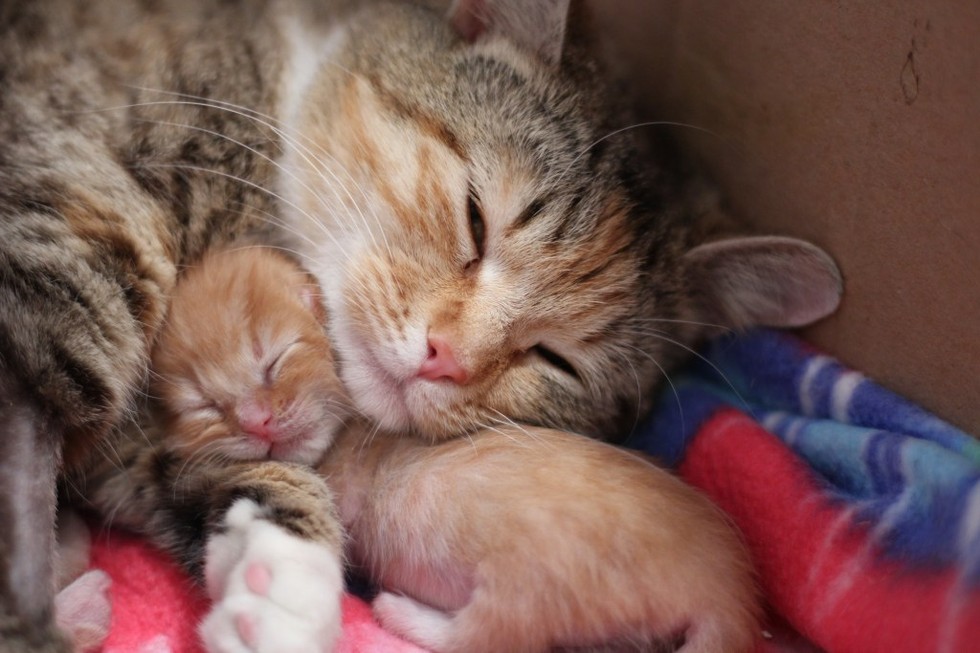 Because Summer was such a great mom, all three of her kittens survived! Two of them got adopted into loving homes together. 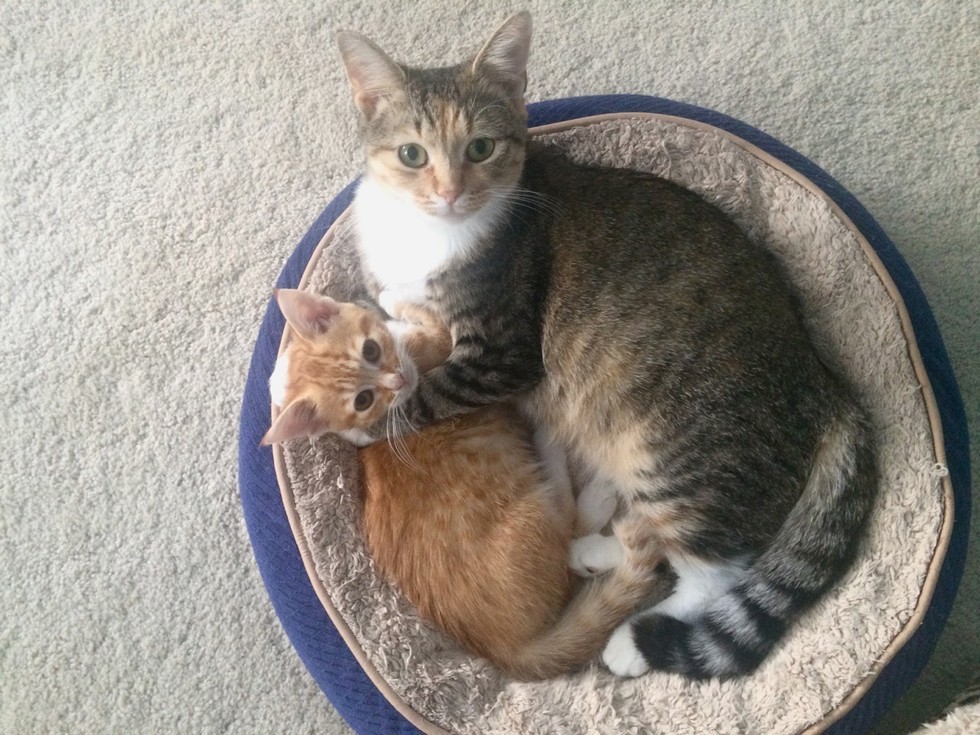 Then it was just Summer and Splash, and the two of them grew even closer. Summer always cuddled her, and even taught her to eat from a plate. As time went on, Splash grew bigger and stronger. 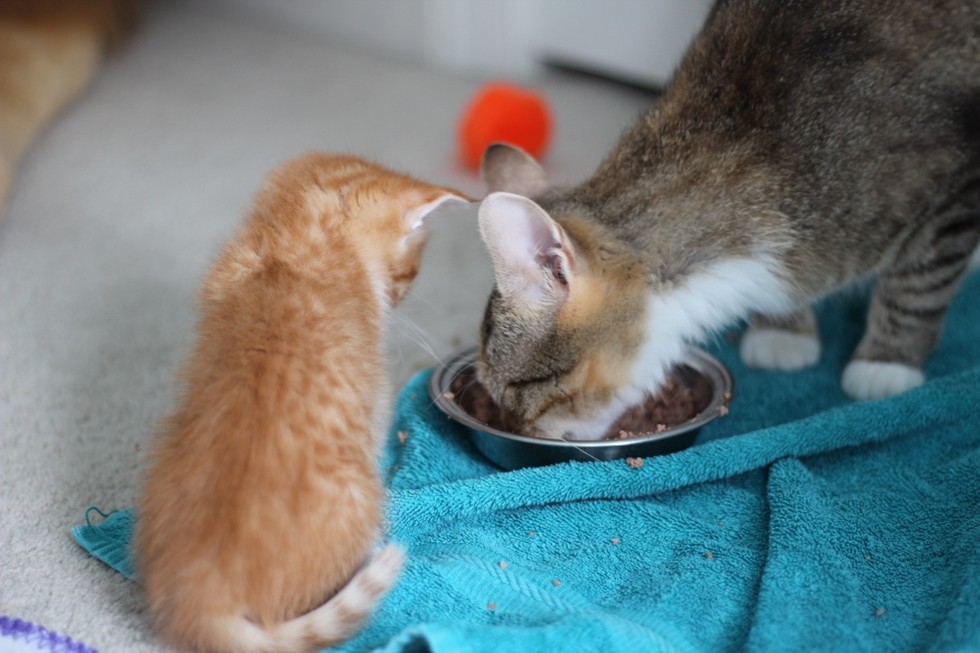 They were up for adoption for several months because they were overlooked due to being a shy bonded pair. But thankfully, they finally were adopted together! Now they can remain inseparable forever! 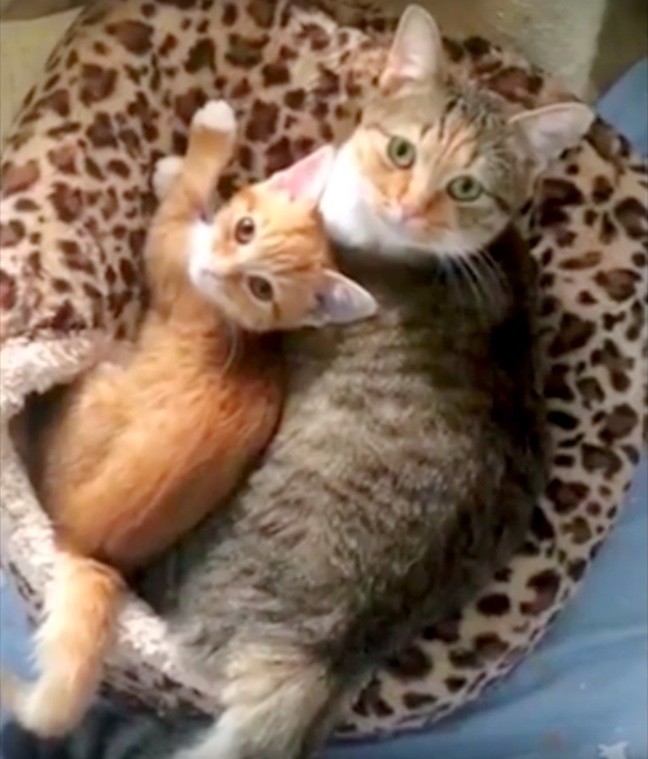