Siblings don’t always get along. Nor do cats and dogs! But when one grumpy cat refused to pose with his canine fur siblings in a photo, the adorable family spat quickly went viral.

The video, which was posted to Twitter by user Madeyousmile, depicts three smiling pups dressed in their Sunday best and staring right at the camera like the very good boys and girls they are. The family cat, however, has refused to adopt such a cheerful posture. In fact, he looks pretty sulky, and insists on grumpily staring at something off-screen. 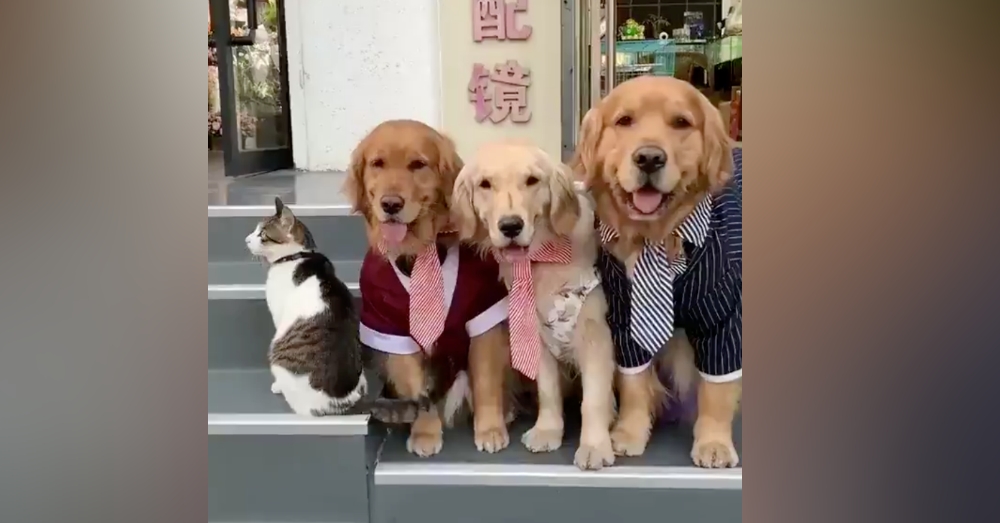 Such brazen cat-itide must be pretty frustrating for the photographer, because every pet owner knows how difficult it is to get your pets looking right at the camera! Getting three dogs to smile at once is no easy feat, and now this stubborn cat threatens to ruin the whole family scene.

Fortunately, one of the dog notices what’s going on, and takes it upon himself to bring his stubborn cat sibling into line. He walks over to the uncooperative feline, and then drags the squirming pet into the frame. 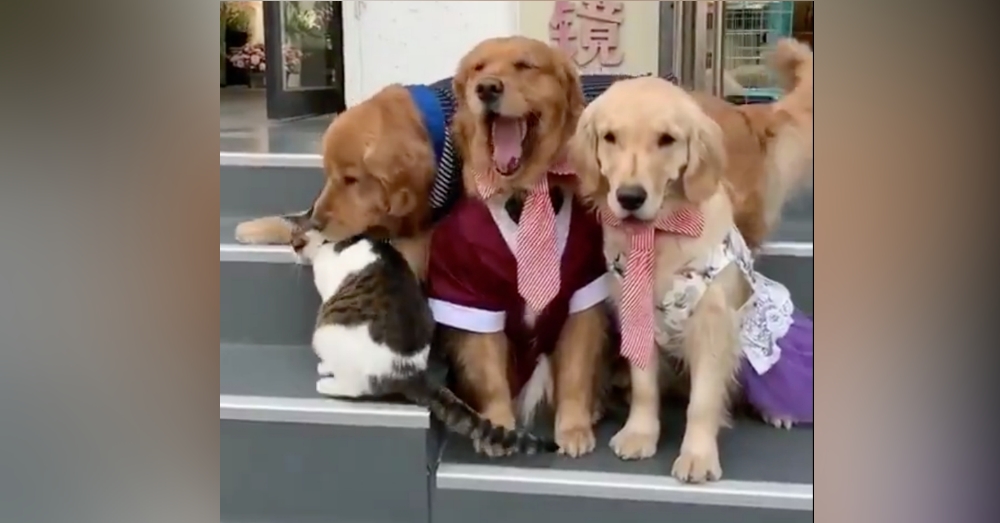 Naturally, the cat isn’t happy about this turn of events and tries to wriggle away, but the larger pup has a clear size advantage. Our favorite part is when the dog looks up at his owner to say, ‘see what a good boy I am?’ and tries to keep the cat from escaping by holding it down with his paws.

The episode lasts only a couple of seconds before the cat manages to slip back to his original perch, where he turns his back to the camera once again. But this adorable photo fail is really one of the cutest things we’ve seen in a while, both because it’s so cute…and imminently relatable.

Have you ever struggled trying to get your pets to pose for a family photo? Tell us about it in the comments!