It’s impossible to look at Stroodle and not notice how large she is. This St. Bernard weighs in an incredible 140 pounds, however, she is such a sweet and docile girl that everyone who meets her immediately falls in love with her. And recently, the adorable fluffy Stroodle has run into some hard times.

Up until this summer, Stroodle lived with her owner, an older man who was quiet and kept to himself. His neighbors only really knew him as Stroodle’s owner. When he passed away unexpectedly, the neighborhood assumed that someone would be out to collect Stroodle and take care of her – they were very wrong.

As the days passed and no one came, the neighbors took it upon themselves to go over to the house and feed Stroodle, as well as let her outside in the yard and make sure she had fresh water to drink. 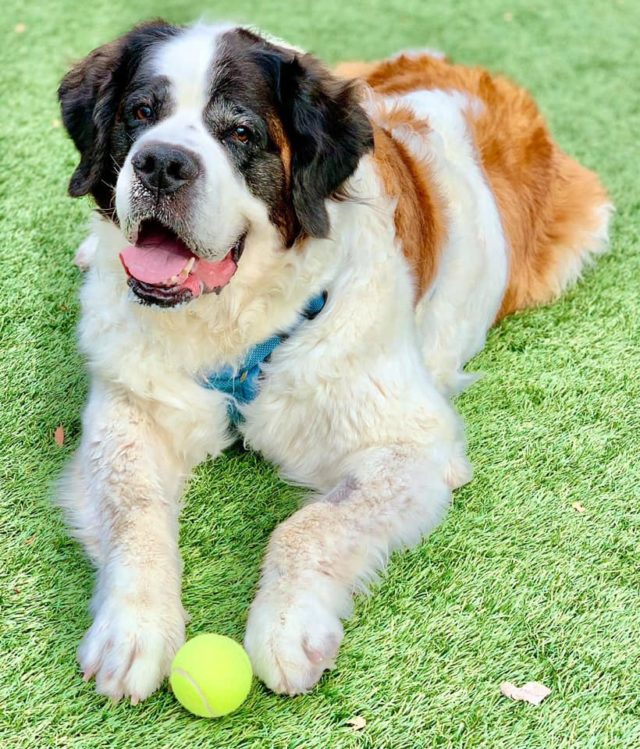 Eventually one day someone did show up – but they weren’t there for Stroodle. Instead, it was a moving van. As the workers were busy packing up the entire house, Stroodle was just there in the background, confused as to what was going on. She no longer had her owner, and now, strangers were packing up all of her owner’s belongs. She must’ve wondered what was next for her.

Once the house had been stripped of all its contents and the van was packed up, the movers drove off – leaving behind an empty house with Stroodle still inside. 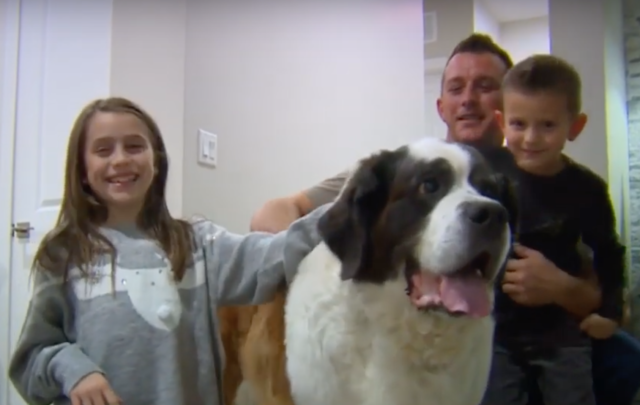 She was now completely alone, and it was clear to her neighbors that she’d been abandoned. Feeling sorry for Stroodle, the neighbors delivered her to the safety of the Placer SPCA.

It was in their care that someone discovered a large lump on Stroodle, which unfortunately turned out to be cancerous. While
Stroodle showed no signs of discomfort, the malignant tumor ultimately meant that this would be Stroodle’s last holiday season. It broke everyone’s heart to know that this precious dog had gone from being a beloved pet to a homeless and terminally ill stray. 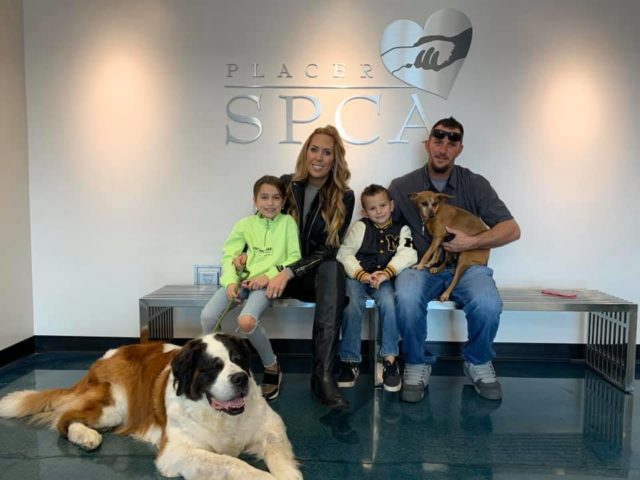 Determined to help Stroodle, the Placer SPCA reached out to the media to help cover Stroodle’s story. The SPCA director spoke fondly of Stroodle and her sweet disposition, citing that everyone at the shelter had already fallen in love with her. Realizing that it was a large ask of the public, they said that they desperately wanted to see Stroodle go to a loving home for her remaining months.

Out of all those who saw Stroodle’s story, the Cotton family couldn’t stop thinking about her. After having a frank and honest discussion with their young kids regarding her health and life expectancy, the family went to meet her. 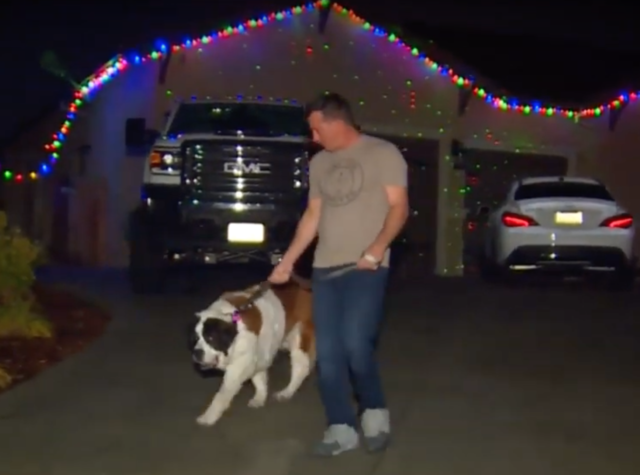 They met with Stroodle on Thanksgiving Day, and immediately they knew they couldn’t say no to her. They had all fallen in love with the special dog and knew they had to give her a loving home to live out the rest of her days – and the following day they returned to bring her home.

It is absolutely heart-warming to know that this holiday season Stroodle won’t be alone. She’s been taken in by a loving family where she will no doubt bring lots of joy and happiness in her remaining time here on Earth.