Perhaps the greatest lesson that my parents taught me was to always do good for others because it’s what I should want to do, not because it’ll gain me recognition. It was also instilled in me that kindness can take many forms and even the smallest of kind gestures can make a difference in someone’s life.

These are sentiments that are often echoed throughout the human experience, as oftentimes the kindness that we witness in our world consist of the little everyday things that people do for others when they think no one is looking.

It’s always such an uplifting thing when you see someone doing an act of kindness for someone who can’t necessarily give back. And that is precisely the kind of gentleness that was captured on camera then uploaded to Twitter by Diego Maldonado. The video that Maldonado filmed was that of a street sweeper showing compassion towards a stray dog. 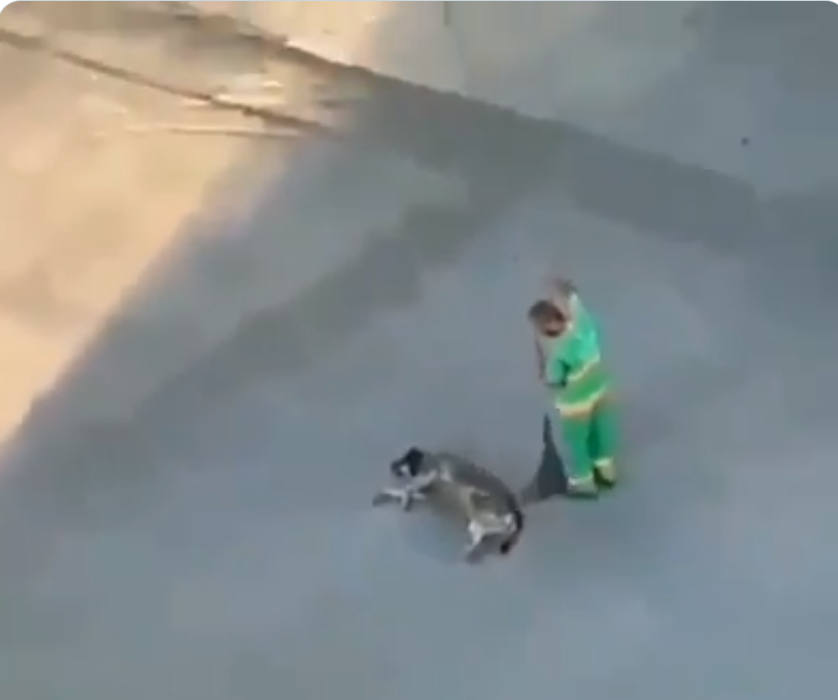 The unknown street sweeper was busy doing his job when he encountered a stray pooch just chilling out in the middle of the street. Rather than ignore it or shoo it away, the street sweeper takes a few minutes to engage with it. He uses his broom like a brush and begins to gently comb the dog – who seems to thoroughly enjoy the attention.

It is not known where exactly the video was filmed, but the caption, which was originally in Spanish, was appropriately titled, “Who are you when nobody is watching?”

And that is precisely the question that we all must ask ourselves in order to make this world a kinder place – who are we when no one is around?