While it’s a rarer sight to see a stray dog roaming the streets in the U.S.A., there are many countries where it’s fairly common to see them all over town. We are accustomed to seeing them in our own homes, but seeing a dog living on the street can be heartbreaking.

In India, there is an epidemic of street dogs causing problems for both humans and the canines themselves. Without proper care, these dogs can get a wide range of diseases, including rabies. 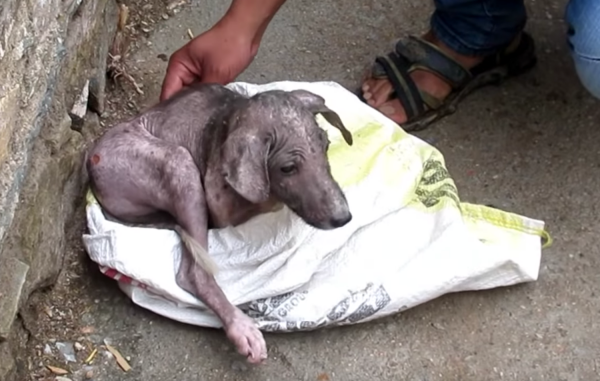 According to the World Health Organization, roughly 36% of the world’s rabies deaths each year occur in India, mostly when children come into contact with infected dogs street dogs.

Thankfully, Animal Aid Unlimited is trying to help all these street dogs in Udaipur, Rajasthan, India. They offer food and medical services for these animals day in and day out. 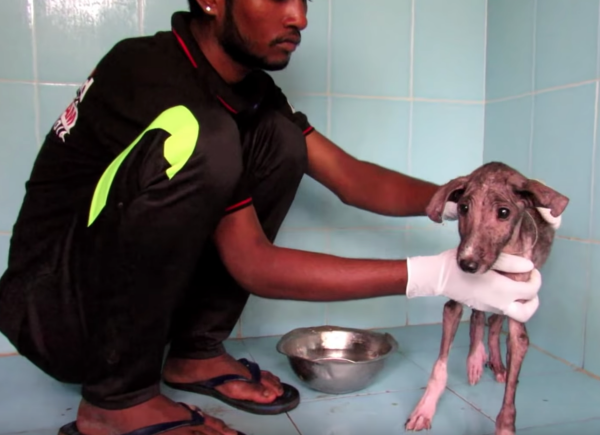 ‘Jumper’ the dog was found inside a plastic bag and could barely stand up due to a hip wound. Thankfully, AAU made sure to give him the care he needed to get back on his feet.

“We got a call to rescue a very sick street puppy,” the charity wrote in their post. “We found him hiding in a plastic bag, and the moment we touched the bag he screamed in pain.”

“He was desperately hungry so we could coax him out with biscuits, but every time we tried to touch him he cried out. He had severe mange and a deep wound on his hip that was causing him the shooting pains every time he moved.” 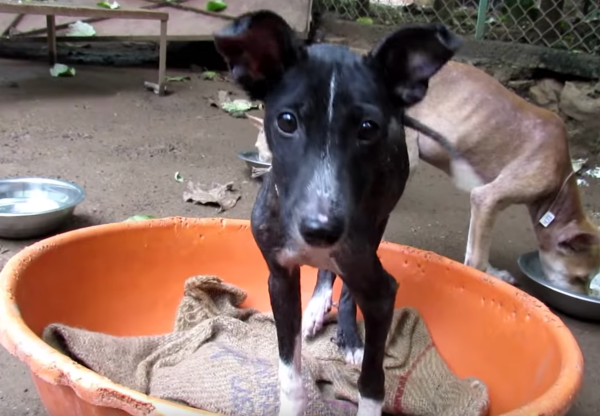 “This dear little boy was in so much pain and agitation, his worried eyes never relaxed for even a moment in the first several days after rescue.”