Millions of people commute by subway. In the small town of Petah Tikva, just outside Tel Aviv, Israel, the daily rush hour also includes one cat.

Ever since Shawarma, a local stray, was adopted by the station, she’s taken a keen interest in rush hour. Commuters are no longer surprised to see the calico cat climb up onto a turnstile, where she appears to enjoy watching the crowds. (Her choice of perch is likely also warm). 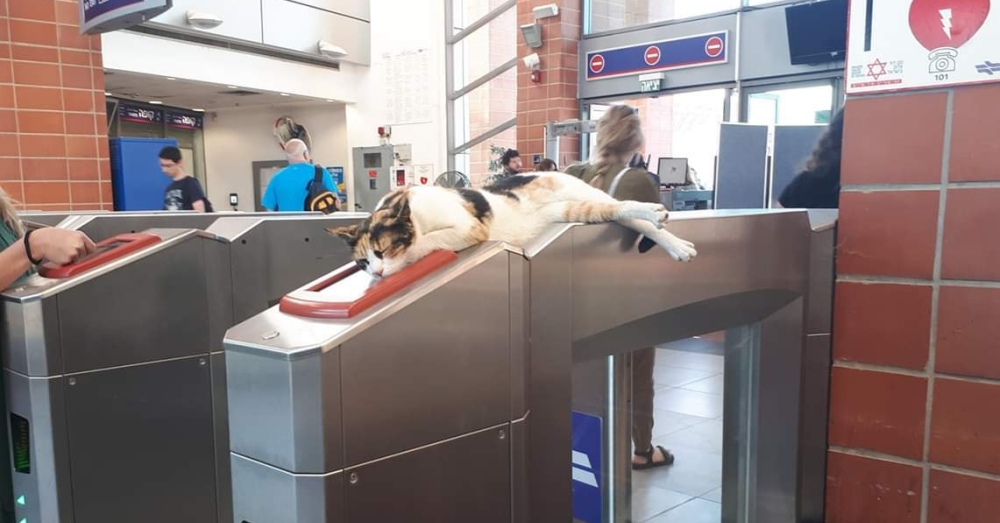 Sometimes, the cat even grudgingly allows herself to be petted. Like most strays, Shawarma isn’t overly friendly, but she has been known to permit the occasional head scratch, particularly if treats are involved.

One commuter, Dan Kashani, considers Shawarma’s disinterested presence the highlight of his daily ride into office. “I was coming back from work,” Kashani told The Dodo. “As soon as I got to the gate I saw the cat lying on the gate and it was very cute — it made me smile.” 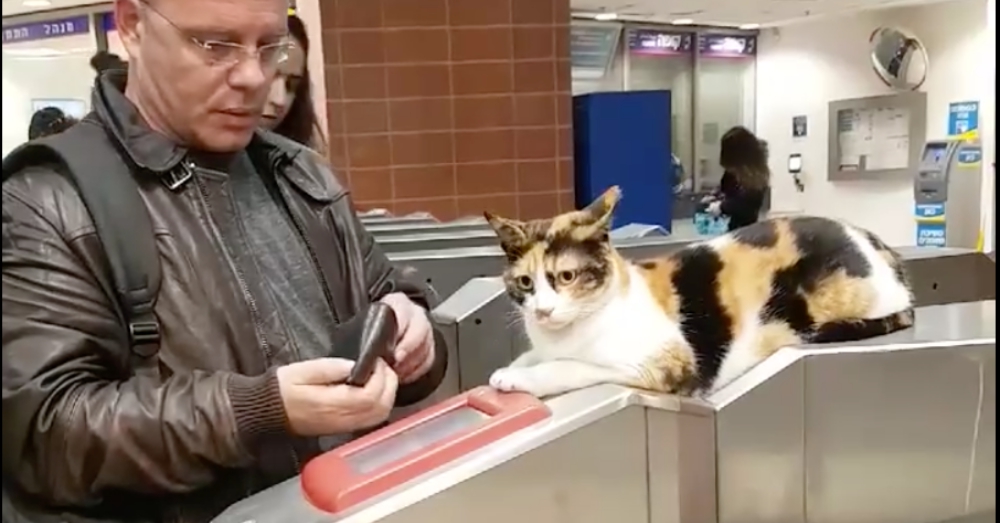 Kashani also posted a video of the station’s feline keeper on Facebook, which has since been viewed over 5 million times and inspired more than 1,000 new friend requests. Even the mayor, rightly sensing Shawarma’s rising star, stopped by to say hello.

“The mayor called me up and said, ‘I want to meet that cat — what station is it?'” Kashani said. “I told him and he actually went there and met the cat.” 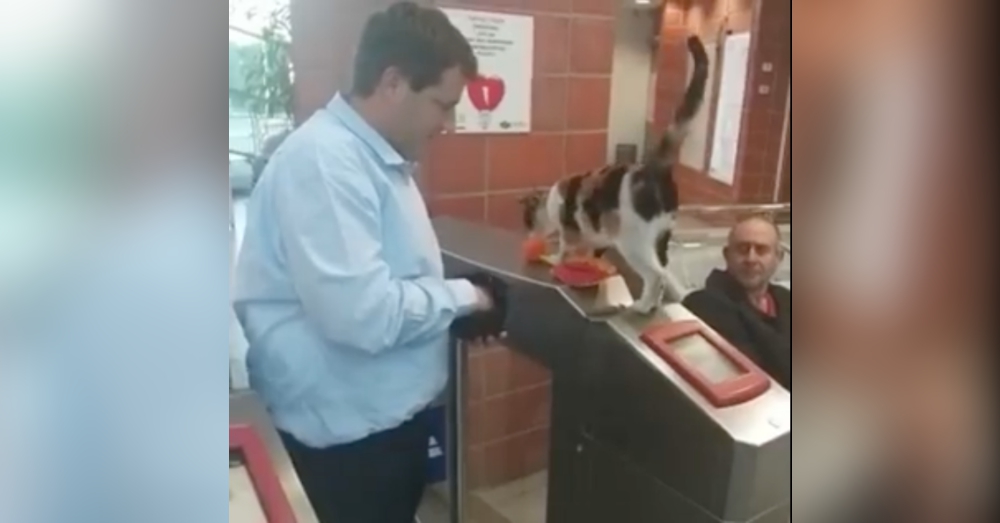 It was a good PR move. Clearly Shawarma can’t vote, but many of her fellow commuters, including Kashani, have vowed to support this pro-cat politician moving forward.

“He gave her food and treats and a toy and petted her,” Kashani told The Dodo. “I was like, ‘You’re a cool mayor, I didn’t vote for you, but I will from now on!'”

Check out Israel’s cutest commuter in the video below!