When James Bowen first met Bob, a stray cat, the London man was unemployed, homeless, and struggling to overcome his addition to drugs. But he also felt a surprising connection with the orange tabby, who was also homeless, abandoned, injured, and desperately seeking a human connection.

Soon Bowen and Bob were doing everything together. The stray accompanied Bowen as he busked around London. The cat also starred on the cover of The Big Issue, a magazine about homeless people Bowen distributed around town. Most importantly, the cat’s steady support gave Bowen the strength to get his life back on track. 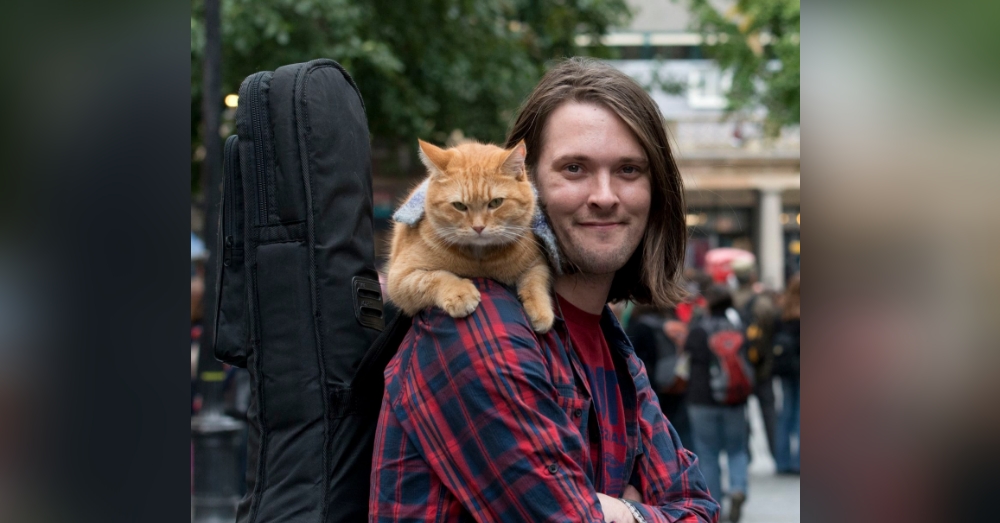 “Bob saved my life. It’s as simple as that,” Bowen wrote on Facebook after the “at least” 14-year-old cat’s passing. “He gave me so much more than companionship. With him at my side, I found a direction and purpose that I’d been missing.”

Bowen would even write a book about how the stray cat changed his life. “A Street Cat Named Bob” was such a big hit that it inspired three other sequels that collectively sold 8 million copies that earned more than $10 million dollars, according to CNN. 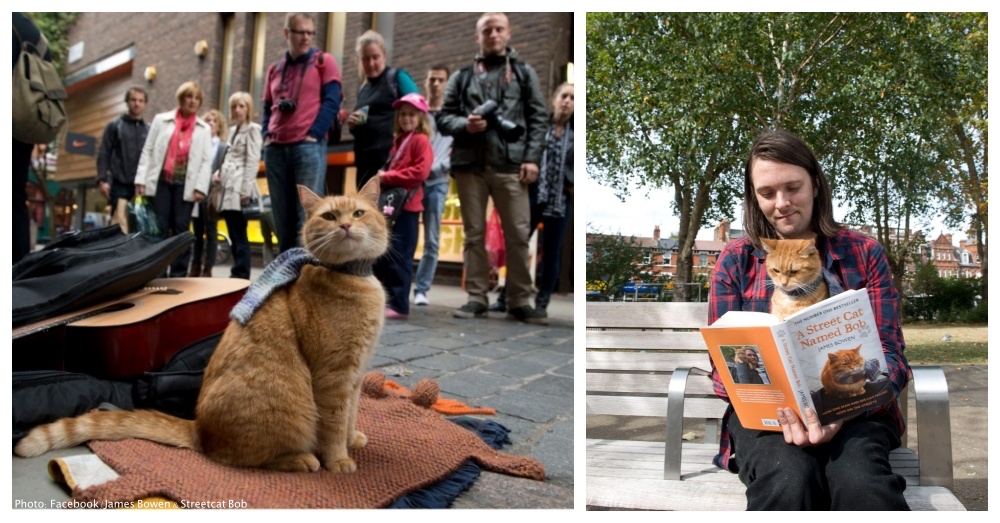 “The success we achieved together through our books and films was miraculous,” Bowen wrote in a heartfelt tribute to his departed cat. “He’s met thousands of people, touched millions of lives. There’s never been a cat like him. And never will again.”

You can find out more about this loyal cat by reading A Street Cat Named Bob or by watching the film about of the same name, starting the actual Bob. RIP, Bob! We’re so sorry for your loss!