Brotherly love was found in spades after 4-month-old Dot was found cuddled up beside his blind brother, Specks, inside a London garden. The two tiny, black kittens were found and delivered to an animal hospital just in the nick of time. As it would turn out, Dot was credited with saving his brother’s life.

When the kittens were brought in to the Blue Cross Animal Hospital in the Hammersmith district of West London, staff were sad to see that both felines were cold, filthy, underweight, and covered in fleas. Poor Specks had additional health issues that meant he was especially susceptible to the cold. Given his health, had Dot not been there to cuddle him, he may not have survived. 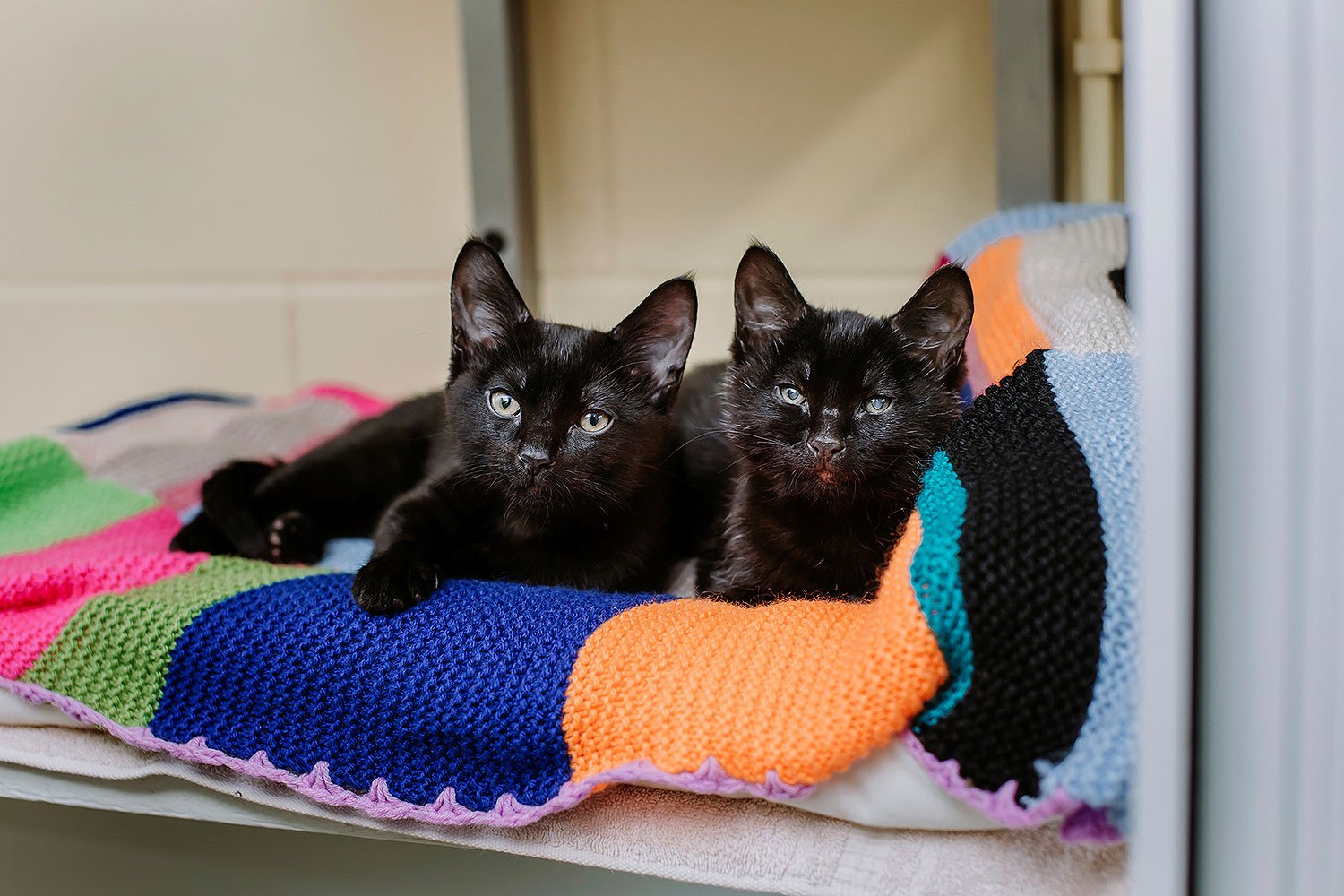 The two adorable ink spots were then transferred to Blue Cross’ flagship hospital in Victoria. It was there that vets discovered that Specks had cataracts in both eyes, and, as a result, was blind. He was also found to have cerebellar ataxia – a nervous system disorder that presents itself with wobbly, shaky, or unbalanced movements.

According to People, London welfare officer for Blue Cross, Amanda Rumball, said, “It was lucky that these brothers were found when they were and brought in to Blue Cross. I don’t think Specks would have survived without Dot. He cannot see, and his condition means that he would have been very easy prey. He would have been unaware of dangers around him like traffic, wild animals, and cold weather.”

It is not known for certain how long the brothers were outside in the cold, but the one thing is clear: it is absolutely heartwarming that Dot didn’t abandon his brother and stayed by his side. 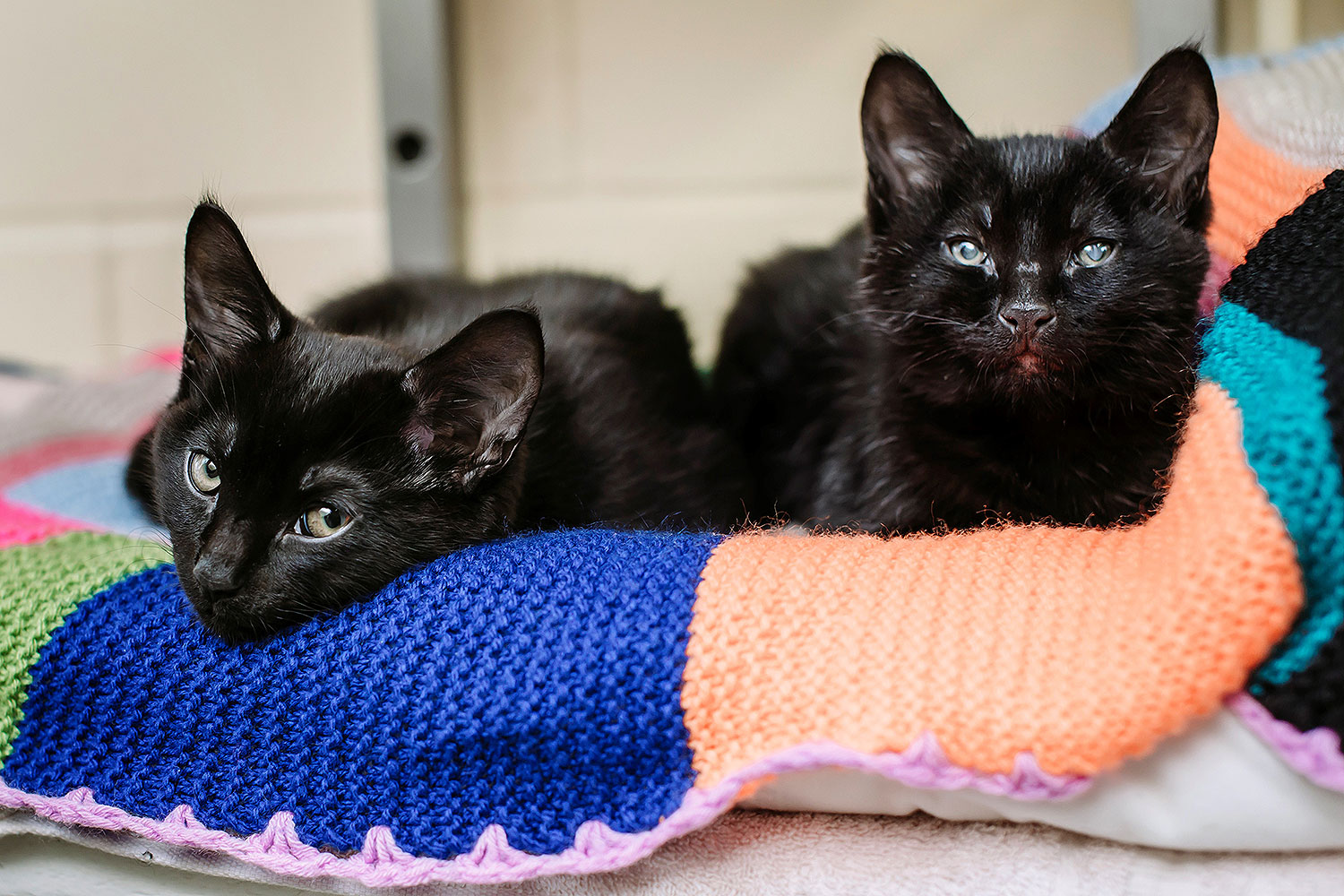 Now that Dot and Specks are safe, their luck is starting to turn around for the better. Both brothers are nice and warm and receiving plenty of food. They have also been treated for fleas and worms. Unfortunately, Dot has begun to exhibit signs that he might also have cerebellar ataxia. The chief vet at Blue Cross, Mark Bossley, has stated that while their movements may be affected, the condition should have no bearing on both Dot and Specks being able to live long and happy lives. The two felines have also come out of their shells. When they first arrived, the brothers were scared, but over time have become what staff describes as “purr monsters.” 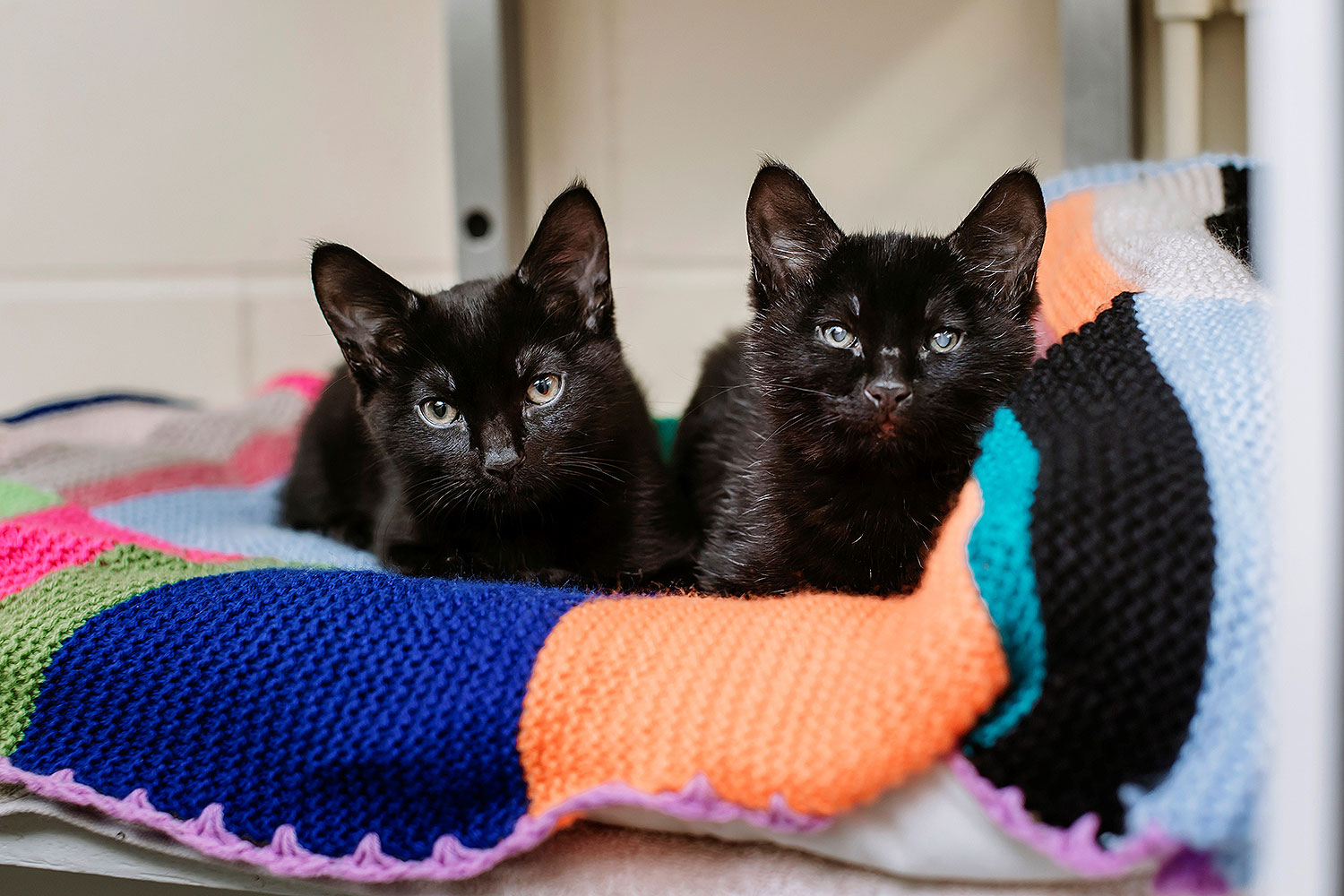 The two purr monsters are currently living at the Blue Cross’ pet rehoming center in Lewknor. However, they will soon be ready to go off to their forever home. And according to Blue Cross, Dot and Specks are set to move in with their new family quite soon! How exciting!

Best of luck to these two kitties!