Who says cats and dogs don’t get along?

When Kenya’s client found a lost kitten in his yard, the pet groomer from Denver quickly agreed to help the orange-and-white tabby find his way home. After calling around to local shelters, she even drove around town, looking for signs that someone was missing their family pet.

“He had no collar or microchip either, so I took him home that night,” Kēnya told Love Meow, recalling her original plan to drop him off at a shelter the next morning. 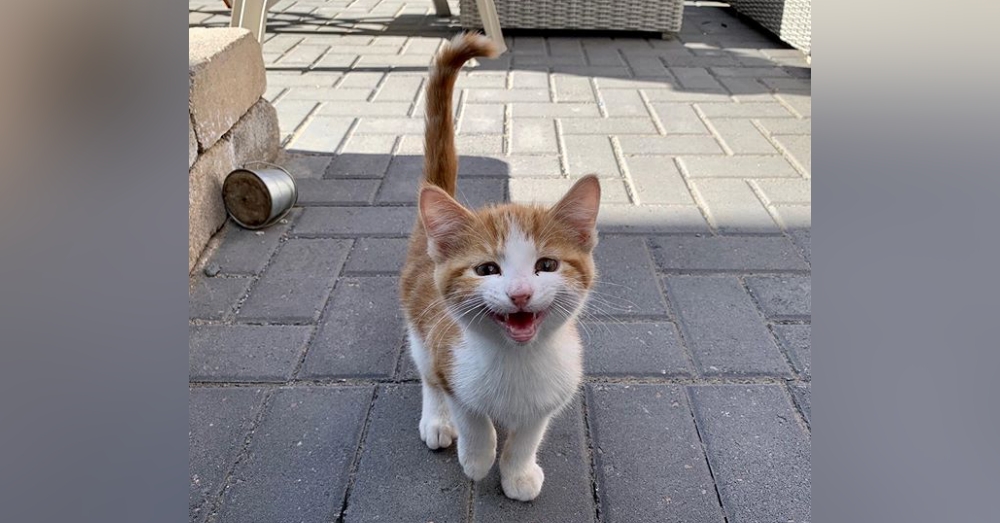 But when Kēnya brought the kitten home, the little feline quickly bonded with her puppy, Edward, despite the old adage that dogs and cats don’t get along.

“They acted like they were long lost brothers,” the surprised dog owner said of the unlikely duo, who immediately started cuddling and following each other around the house. “They just wanted to be around each other all the time. I couldn’t find it in my heart to bring him to the shelter.” 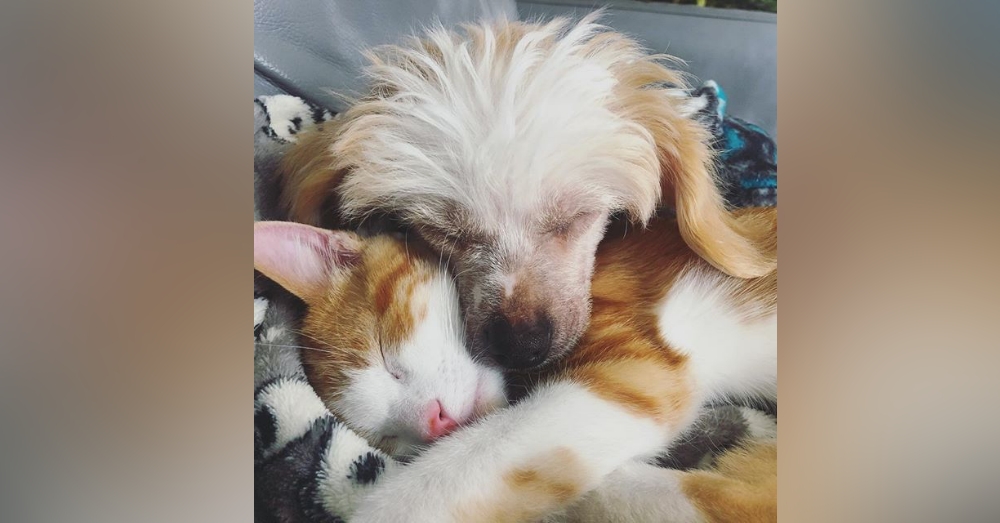 When nobody had stepped forward to claim the kitten two weeks later, Kēnya decided to officially adopt the stray, which she named Popsicle for his orange-and-white fur. “Popsicle certainly considers himself to be Edward’s cat,” she said. “No matter how sweet or annoying Ed can be, Popsicle tolerates him. If this isn’t unconditional love, I don’t know what is.”

Their bond is such that Popsicle has even started going on walks, so that he doesn’t even have to spend a moment away from his doggie best friend. “He is such an energetic and confident little boy that we figured we’d try expending his energy and expanding his world by having him join us while walking the dogs,” said Kēnya. “As usual, he fit right in!” 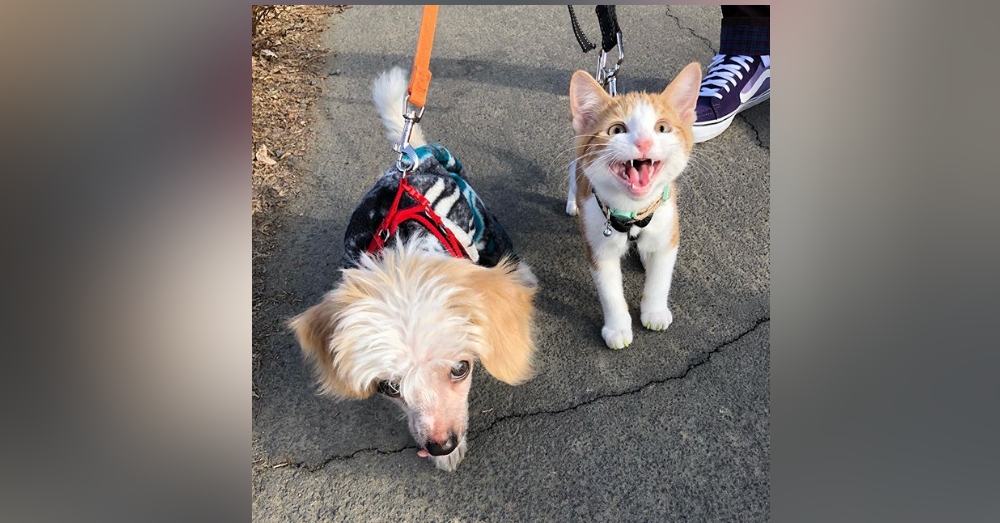 “Popsicle is the best friend any cat or dog could ever ask for,” the pet groomer said of her newest fur-baby. “He makes friends with every animal he meets and will do anything for a treat. We are lucky to have such a sweet friendship in our home.”