Random acts of kindness performed by people help restore our faith in mankind. A woman in Turkey instinctually reacted to help a stray dog, not knowing that her kindness was being recorded.

Duygu Elma was exiting a cafe in Zonguldak, Turkey with an umbrella in hand because it was a cold and rainy day. As she turned to head down the street, she noticed a stray black and white dog shivering on the sidewalk. The poor dog was attempting to get out of the rain by resting under the building overhang. 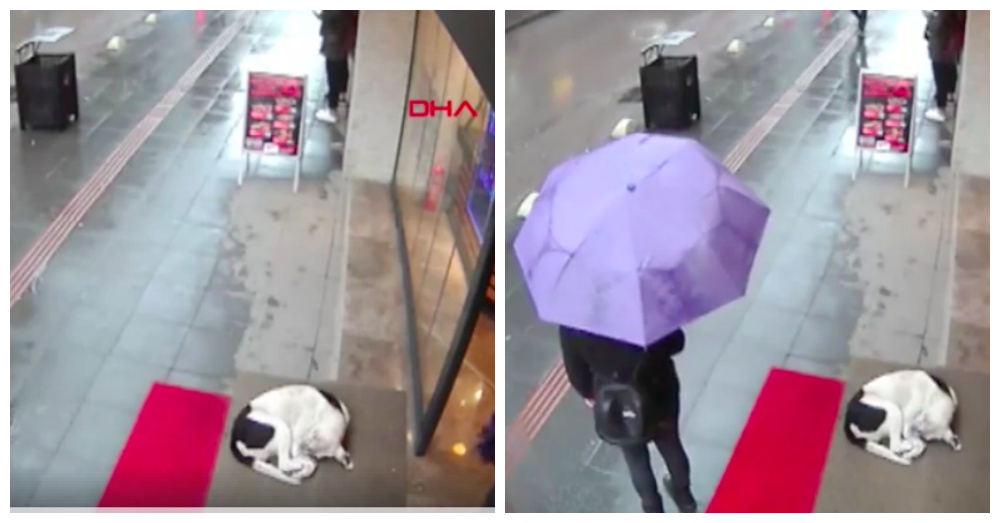 The dog was shivering and that is when Elma removed the scarf from around her neck and wrapped it around the dog. A security camera for the cafe captured the touching moment. Elma was not able to take the dog with her, but she told The Dodo, “The weather was so cold. I just couldn’t take it when I saw him shivering.” 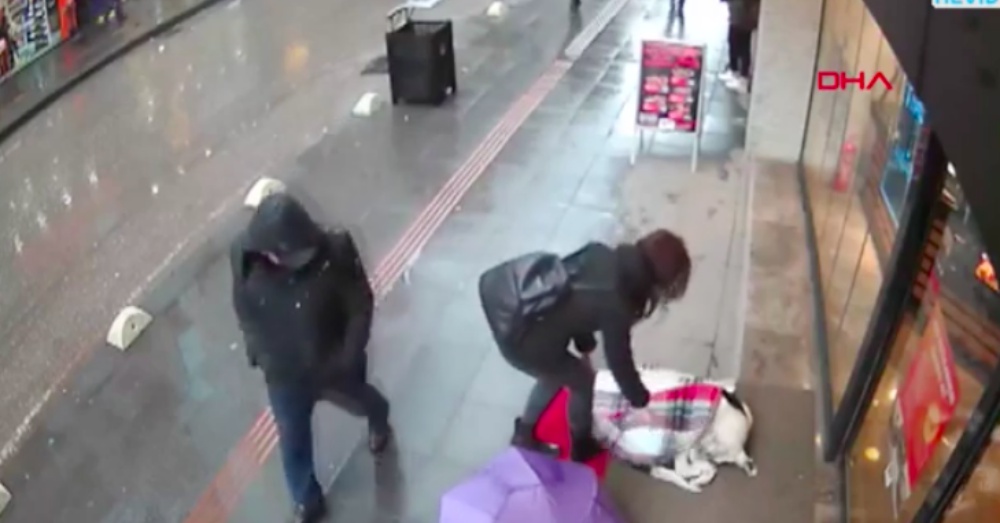 Elma never expected to be acknowledged for the kind act and just did it out of the goodness of her heart. We need more people like her in the world. Remember the quote by Joaquin Phoenix, “It takes nothing away from a human to be kind to an animal.” 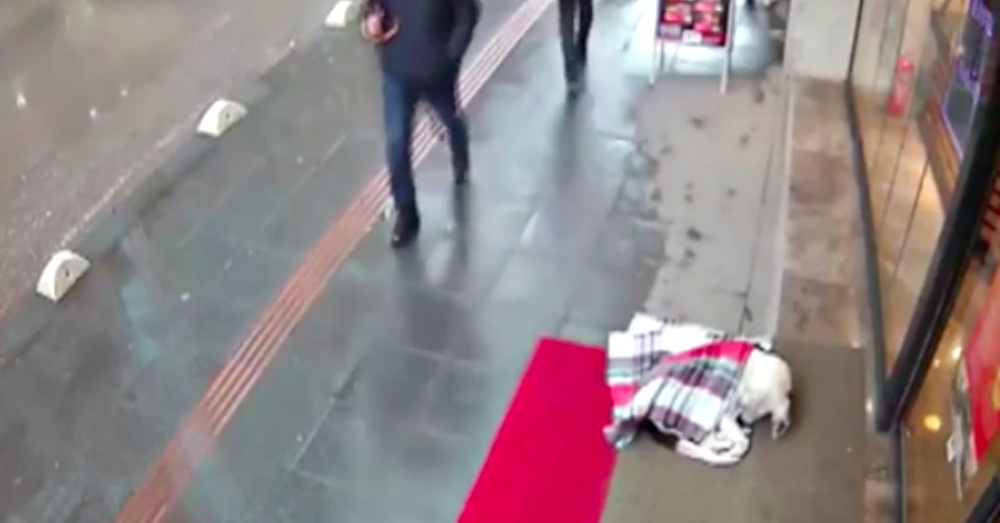 Watch the touching moment in the video below. The video has touched the hearts of people around the world. Hopefully, it will inspire people to be kind and help animals in need.