It was a cold and blustery night in Philadelphia and a stray dog was looking for a warm place to rest. That is when fate stepped in…

Jack Jokinen let out the family’s dog, George, late one night and thought he shut the front door, but it did not latch. The couple have a one-month-old baby and everyone is tired. The wind blew the door open and that is when a stray dog wandered up the steps and into the warm home. 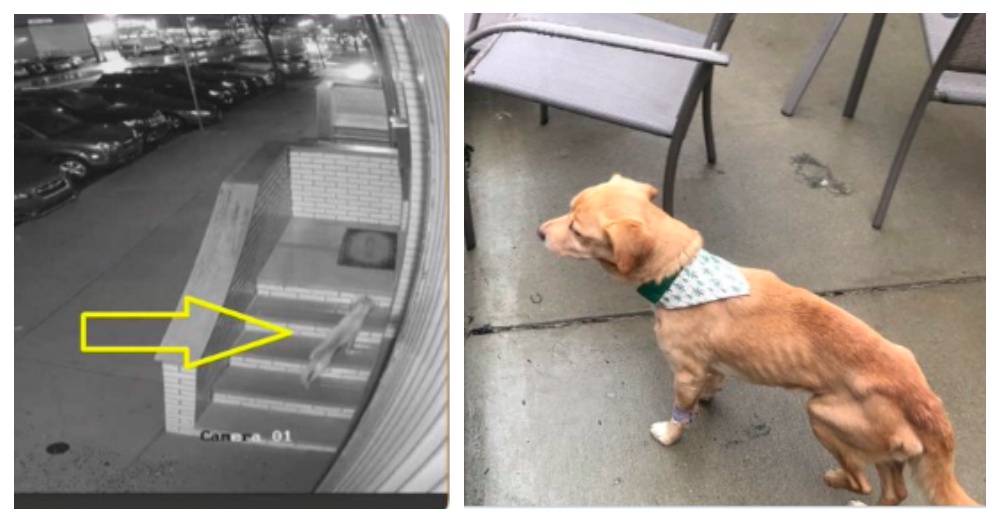 However, Jack did not know that the door did not latch so he was shocked when his wife woke him at 4 AM to say a dog was in their home. “I just woke up to this puppy in my house and we have no idea how it got here,” wrote Jack.

Confused and worried that maybe someone was in his home, he searched the residence but did not see any windows or doors open. He told The Dodo, “How did this happen? A magical puppy?” 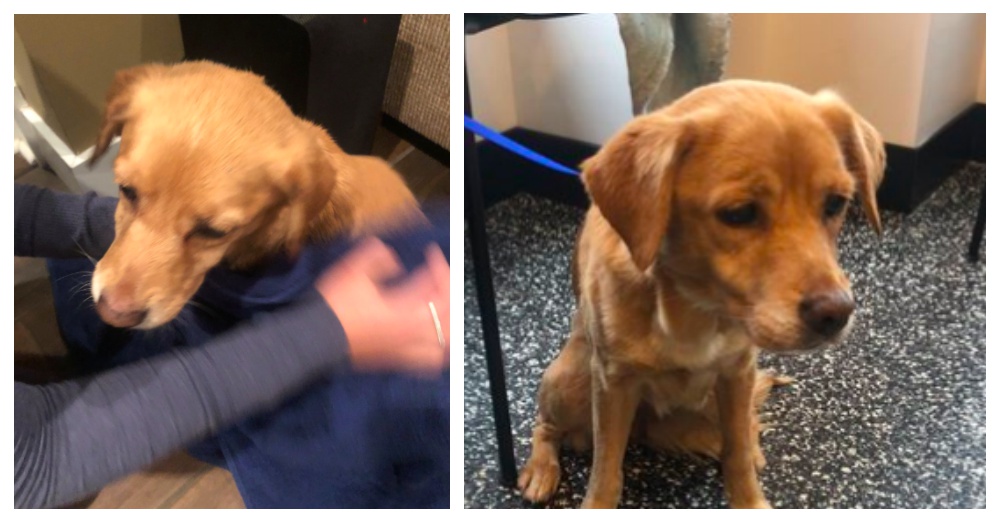 In hopes of getting some answers, Jack looked at the footage from his security camera. He then realized that the door did not latch and was blown open by the wind. “Then at 3:16, on the camera, we can see the dog, we’ve named her Suzy, coming down the street and she stops outside our house,” Jack said. “She was out in the rain and cold, and she kind of hesitated and then went into the house.”

Thankfully, a man walking by noticed the door was open and shut it. The couple’s minds were put at ease that their home was not broken into. They turned their attention to the wet dog and dried her off and offered her a warm and soft bed to sleep on. 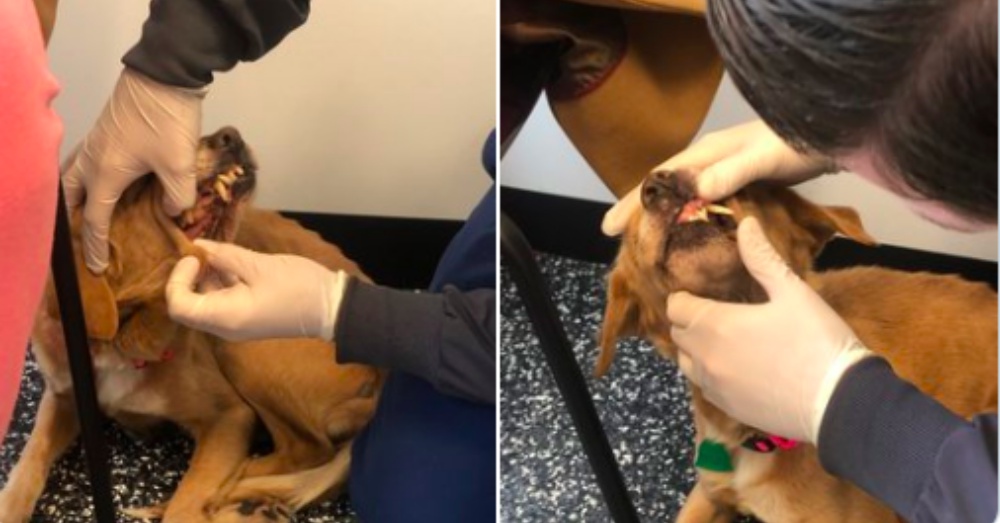 “She was emaciated, teeth all over the place, only walking on three legs with no collar,” recalled Jack. The couple decided to keep the sweet girl and brought her to the vet. They were shocked to discover that she was 9-years-old. 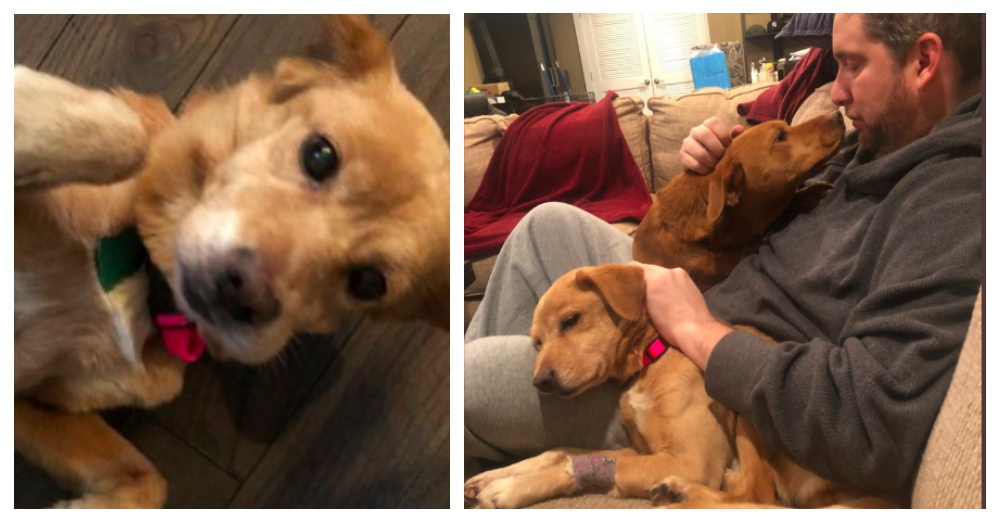 After being treated for fleas, ticks, and an infected paw, she was sent home with her new family. She will need dental work and more testing for a heart murmur. The couple posted her story and a photo online and were surprised when they received $15,000 in donations to help cover her bills. 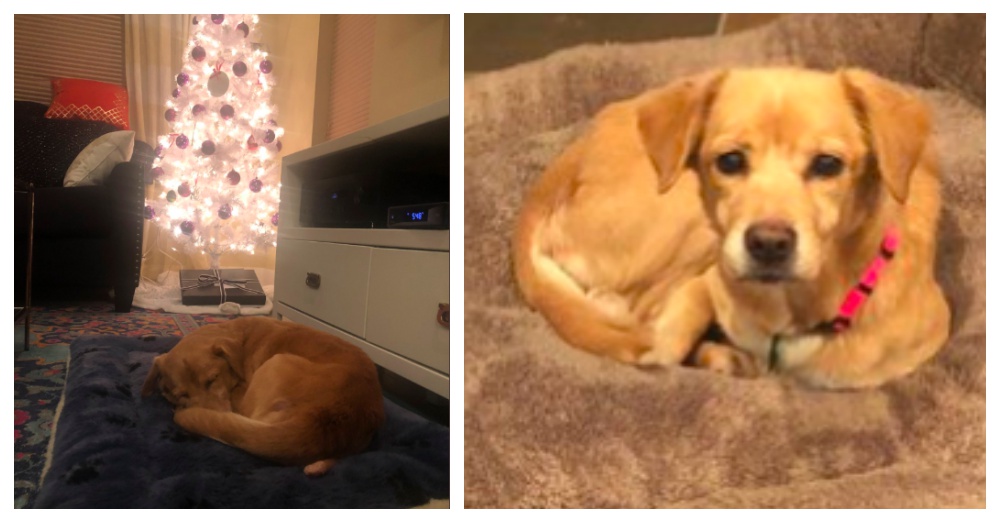 Suzy has found her forever home and will never want for anything again. “Of all the bad things that can happen when your front door is left open, to end up with a sweet dog that just need a good home, I mean WOW! This could have gone a lot worse.”

Jack posted a video explaining the entire night and how they came to adopt Suzy. He thanks Steve, the man who closed his door, and said he is the true hero. Be sure to watch and share it with all your friends.